Sash! Presents A Show on 98FM This Monday

Weekdays from 9PM, we play 60 minutes of non-stop Throwback Anthems.

As part of his Throwback Trackdown series, he’s been finding out what your favourite old school artists are up to these days.

This Monday from 9PM he’s joined by none other than German DJ/Producer Sash!

The ‘Encore Une Fois’ producer gets behind the 98FM microphone & co-presents Throwback Anthems alongside Ciaran.

The German producer had sold more than 22 million albums around the world and now Sash! takes to the Dublin airwave, to have a chat, play some of his big tracks, as well as some of his favourite songs from the 90’s & 00’s

Join Ciaran, as he has a catch up with DJ Sash! live 98FM this Monday from 9PM. 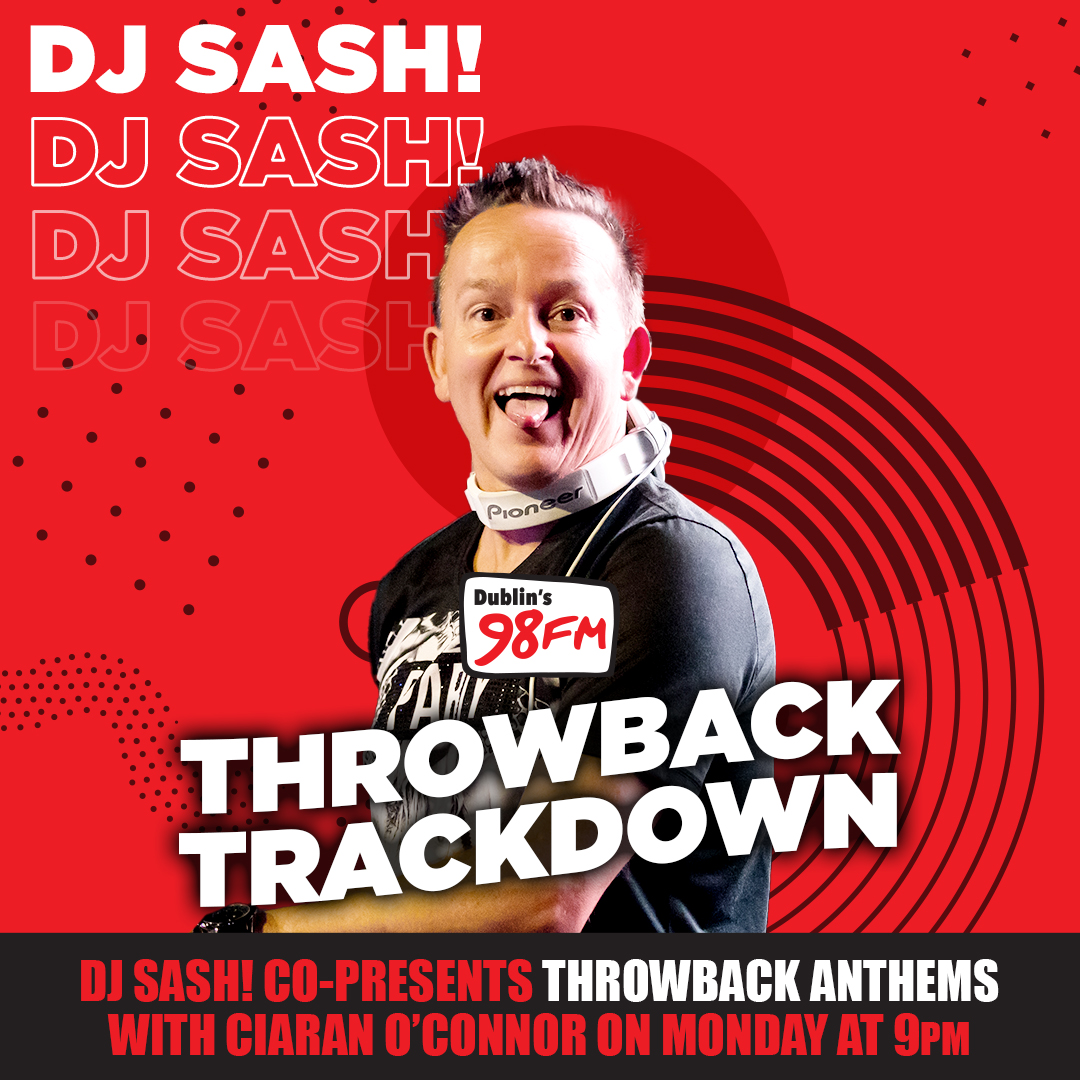 Help Raise Funds For Aware This Christmas With A Festive 5k

Bank Of Ireland Fined €24.5m For Breaches Over IT Systems