Mad Egg is set to open its third Dublin restaurant this summer. The free range chicken chain will open in Dundrum Town Centre next month.

The new restaurant will be located in the Pembroke District of the shopping centre and will have its own terrace.

Earlier this year, Press Up Entertainment Group announced plans to open a Stella Bowl in Dundrum. The new eight lane bowling alley is part of the new fining and entertainment scheme.

“We are continuing to transform Dundrum Town Centre by offering our customers even more choice in dining and leisure options. Mad Egg has been a really exciting addition to the Irish food scene and we are delighted that they have chosen to open their third branch at Dundrum Town Centre.”

“We are really excited to launch Mad Egg in Dundrum Town Centre, it is one of the best retail spaces in the country and Dundrum has an awesome vision of what an entertainment district should be. We can’t wait to be part of the new wave of entrants into the space!” 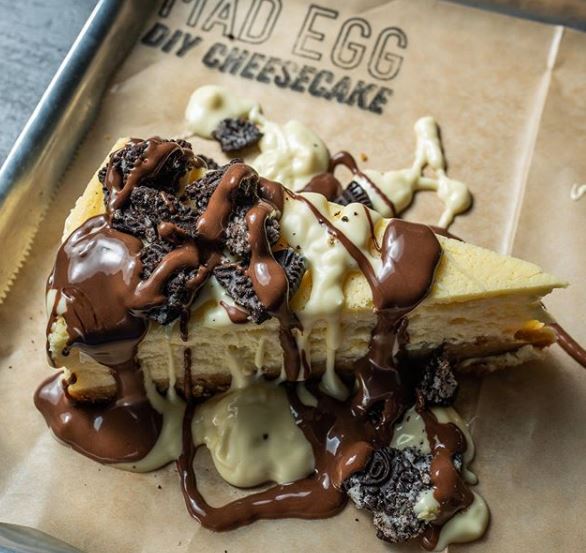 Mad Egg say they chicken seriously and believe provenance is key to taste, so they only use free-range birds hatched locally in a family-run farm.

Their chefs tea brine for 48 hours, double dredge in buttermilk then coat in their  house seasoned mix for that signature crunch and spice.

"The end result is the best damn chicken you have ever tasted", the eatery boasts.

You can check out Mad Egg's menu here.

Zaytoon To Open Their First Restaurant On The Northside

Wine And Cheese Festival Coming To Dublin This Summer

Check Out The New Food Vendors At Eatyard 2019

Fourth Boy Appears In Court In Connection With Car Ramming