The series kicked off last night

The new set of celebs landed in the castle last night as the show takes place in Wales for the second year in a row. 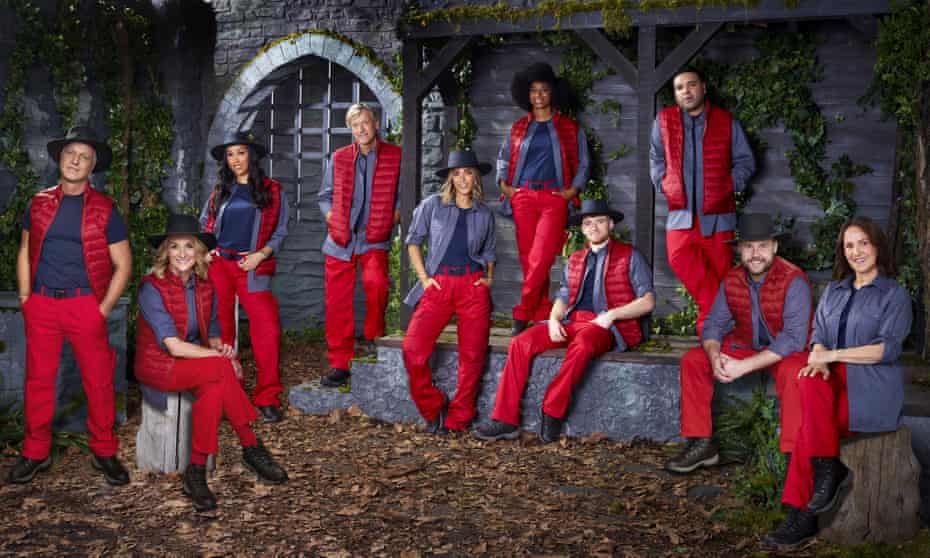 Ex-BBC Breakfast host Louise Minchin, music producer Naughty Boy, BBC Radio 1Xtra DJ Snoochie Shy, and Emmerdale's Danny Miller faced each other on planks erected over 200ft before starting a game that required them to step on a button the quickest.

The red team - Snoochie, Louise, Kadeena and Matty -  got to stay in main camp with full meals, while the yellow team slummed it out in the Castle Clink, with basic rations.

Later, the teams were joined by the final two celebrities - The Saturdays and Loose Women star Frankie Bridge and Richard & Judy's Richard Madeley.

The public chose them to take part in a Bushtucker Trial which ultimately decided their teams.

With Frankie emerging victorious, she joined the red team with Richard banished to the Clink with the others.

The start of I'm A Celeb meant Christmas was officially here for some ...

... While others questioned the logic of the celebrities admitting their deepest fears on national television.

i'm a celeb contestant before they go in: i'm terrified of snakes, sure hope i don't see any

ant & dec announcing 'the snake pit: revenge of the snakiest snakes you ever did see' trial pic.twitter.com/QaFxDVAJwH

And some people have already picked their favourites ...

I'm A Celeb continues tonight 9pm on Virgin Media One.