'I'm A Celeb': Camp Mates Get Letters From Home

This year's I'm A Celebrity... Get Me Out Of Here! camp mates received letters from home in last night's episode.

The 10 remaining celebs had to take part in a WiFi challenge, where they had to remember a six digit code to put into a computer to win a letter from a loved one. 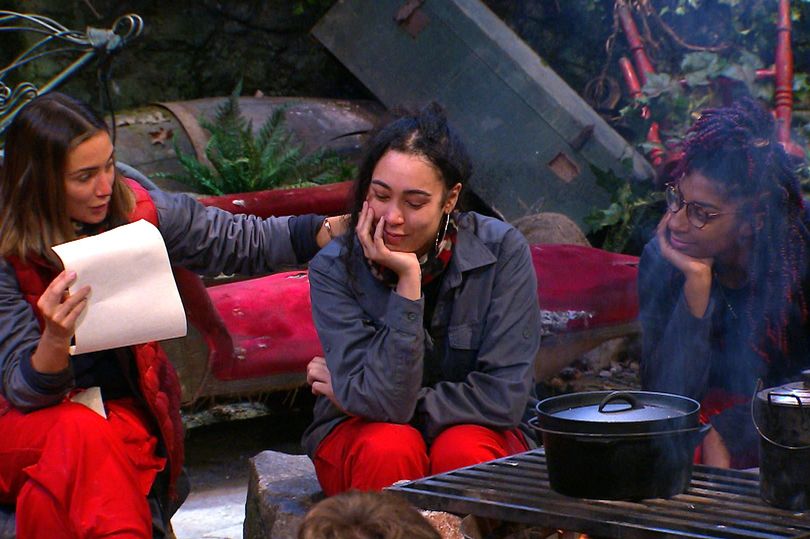 However, they were playing for other campmates' letters rather than their own.

Unfortunately, two celebs did not get to hear from their loved ones.

Producer Naughty Boy was the first to receive his letter from his sister and niece, which was read out by Coronation Street star Simon Gregson.

"I’m so proud of you and we’re missing you so incredibly much. It’s been amazing to watch your journey and how far you’ve come from your self-doubts, to overcoming your fears and becoming more and more confident," it read.

Presenter Louise Minchin received hers next from her family who called her "amazing" and praised her for "being there to comfort and hold those who might be upset".

Broadcaster Snoochie Shy said she felt like "turning into candy floss" after hearing from her family, while diver Matty Lee said he was "crying like a baby" as he reflected on his note from home.

Emmerdale actor Danny Miller received a letter from his fiancé Steph and their baby son Albert.

“Dear Daddy, it’s Steph and Albert here. He recognises your voice on the telly and looks up at it when he hears you.

“I really think he looks more and more like you every day.”

Me on the phone to the I’m a celeb producers to get David his letter after seeing him cry #ImACeleb pic.twitter.com/3Vk75lJ1Cu