First Teaser For The Gavin And Stacey Christmas Special

The first teaser for the Gavin and Stacey Christmas Special has landed and Oh My Christ...we are SO excited!

Details about the one-off special have been kept under wraps until now.

The first official image has been released. 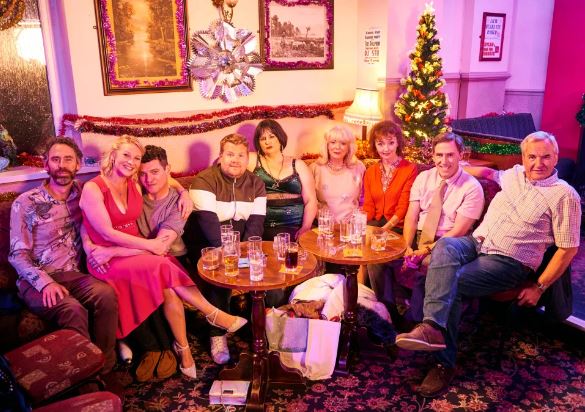 The BBC has also unveiled a short clip of the festive episode which shows Bryn (Rob Brydon) in a flap while attempting to cook Christmas dinner.

Under pressure, he screams into a walkie-talkie.

Stacey and Nessa then march into the kitchen only to find that he's dropped all of the food on the floor!

Earlier this year, James Corden - who plays Smithy - announced the return of the show on Twitter.

Ruth Jones and I have been keeping this secret for a while... We’re excited to share it with you. See you on Christmas Day ⁦@BBCOne⁩ #GavinandStacey pic.twitter.com/gTRa3cp90t

The Gavin and Stacey Christmas Special will air on Christmas day.

The New Season Of Bake Off Starts Filming Next Week