The only goal of the game arrived in the 63rd minute at the FAA Academy Stadium after some good work down the right-wing from Adam Idah.

West Bromwich Albion defender Dara O'Shea was sent off late on in the game for clipping Armenia striker Melkonyan when he was through on goal.

The 1-0 win means Stephen Kenny's side now sit on 13 points, four clear of Iceland, albeit with two more games played.

It was the same result the Republic beat Armenia by at home earlier this year, made all the more impressive by a number of key players being unavailable for a number of reasons.

Notably, 17-year-old Spurs forward Troy Parrott and Celtic's former Manchester United defender Lee O'Connor, who would have been involved, are instead in action for Mick McCarthy's senior side in tonight's international friendly against New Zealand.

A fantastic victory which keeps us 🔝 of the group 👌#COYBIG pic.twitter.com/apPSo23Vlb

Brighton striker Aaron Connolly meanwhile would also have been in the senior squad, although he picked up an injury when in action for his club at Old Trafford on Sunday.

Italy host Iceland in Ferrara on Saturday - Kenny's team are now six clear of the Italians but with three more games played. Next up for Kenny's men are Sweden on Tuesday evening in Tallaght Stadium at 8 pm, a team they previously beat 3-1 away.

There was a debut for Danny McNamara, with Jason Knight starting in place of the suspended Jayson Molumby.

The result didn't seem in doubt for opening two-thirds of the game at least, with Ireland dominating and creating the most clear-cut chances.

Both Knight and Elbouzedi missed solid opportunities in the first half that could have made proceedings a little easier for Stephen Kenny's side. 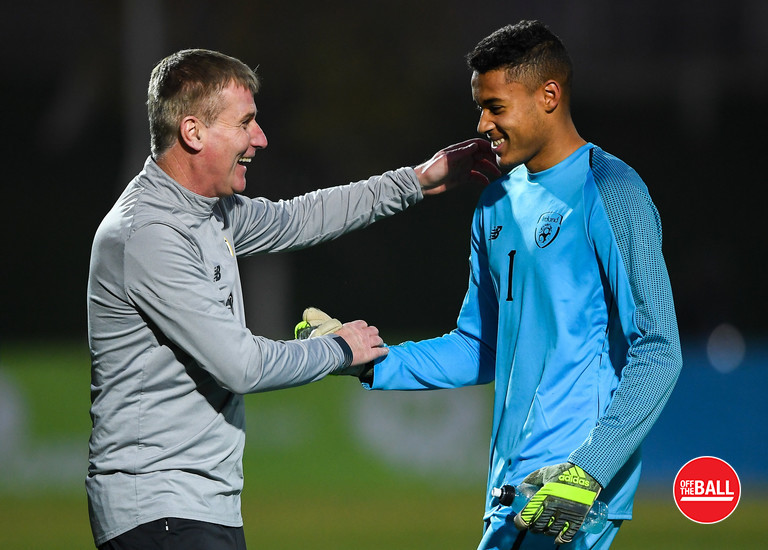 There were some late nervy moments for Gavin Bazunu in the Irish goal as the home side piled the pressure on, but the Irish defence held firm and the win was ultimately secured.

Unfortunately, it wasn't a good day for Tom Mohan's Republic of Ireland under-19 side - they went down 2-1 away to Switzerland having taken the lead.

That game was re-arranged from yesterday, having originally been postponed due to heavy snow in Salzburg.