The inclusion of Mike Lowry in the Ireland Six Nations squad would come as no surprise to one of his Ulster coaches.

The full-back has won praise from all corners for a string of fine performances for his province this season, including a man of the match turn in last weekend's Heineken Champions Cup trip to Northampton.

Hugo Keenan appears to be Farrell's go-to full-back option, but so-so form from Munster's Mike Haley, a lack of minutes for Simon Zebo, and a season-ending injury to Jacob Stockdale further focus the spotlight on Lowry.

"He's going really well," Ulster forwards coach Roddy Grant told OTB Sports, "It's really great to see someone with real talent utilise it, and see them get the rewards from it. 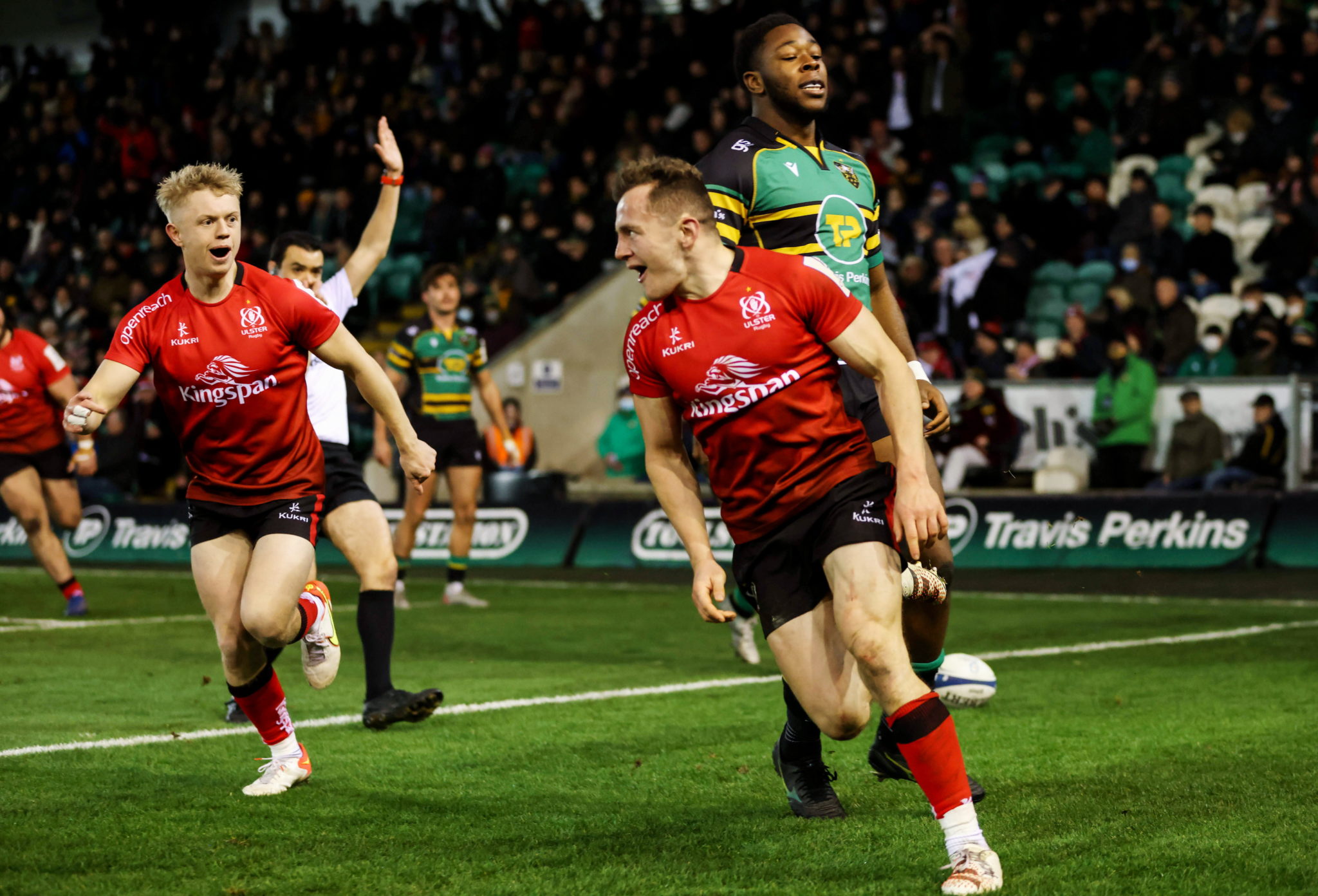 16 January 2022; Michael Lowry of Ulster celebrates scoring his side's fourth try during the Heineken Champions Cup Pool A match between Northampton and Ulster at Cinch Stadium at Franklin's Gardens in Northampton, England. Photo by Paul Harding/Sportsfile

"It's a natural thing, in terms of ability, but it's obviously not necessarily using your size. It's the same as the [Cheslin] Kolbes, the Darcy Grahams with Scotland - they've got a real ability and talent.

"It's awesome to see when it's going well that they're able to produce it.

"So you almost root more for those guys when it's going well for them, and their stock keeps going up.

"And they're so young. It's great that young players get a taste of playing well. He's got a good head on him that he's starting to understand what it takes for him to then deliver the performance, in terms of his preparation.

"[I'm] delighted for him, and hopefully it continues and he can continue in this vein of form."

Lowry's Ulster teammate James Hume is another who could receive a pleasant phone call from Farrell on Wednesday.

The 23-year old missed out on inclusion in the squad for the autumn internationals, but that's only served to redouble his efforts to be included this week.

"I had a period of reflection after that autumn nations time away," Hume said.

"I came back and looked at what I could do, nailed down some focus points that I really needed to work on over the next block of games and I feel like that's gone well.

"I've still got a lot to work on but thus far I think I've put my best foot forward to get selected for that squad."