Chelsea have handed new deals to veteran duo Thiago Silva and Olivier Giroud which will keep them at Stamford Bridge next season.

Brazilian defender Silva, who joined on a free transfer from Paris Saint-Germain, was a key part of their Champions League-winning campaign.

‘When we brought Thiago Silva in last summer, we knew we were adding a world-class player to the squad," Chelsea director Marina Granovskaia said.

"Thiago has duly shown everyone at Chelsea his immense quality throughout this season, and he has had a huge influence on and off the pitch for us.

"We said when he signed that we hoped Thiago would add new trophies to his impressive list of honours, and he has done just that with our success in the Champions League this weekend. We now hope that he carries on in exactly the same fashion in the coming year." 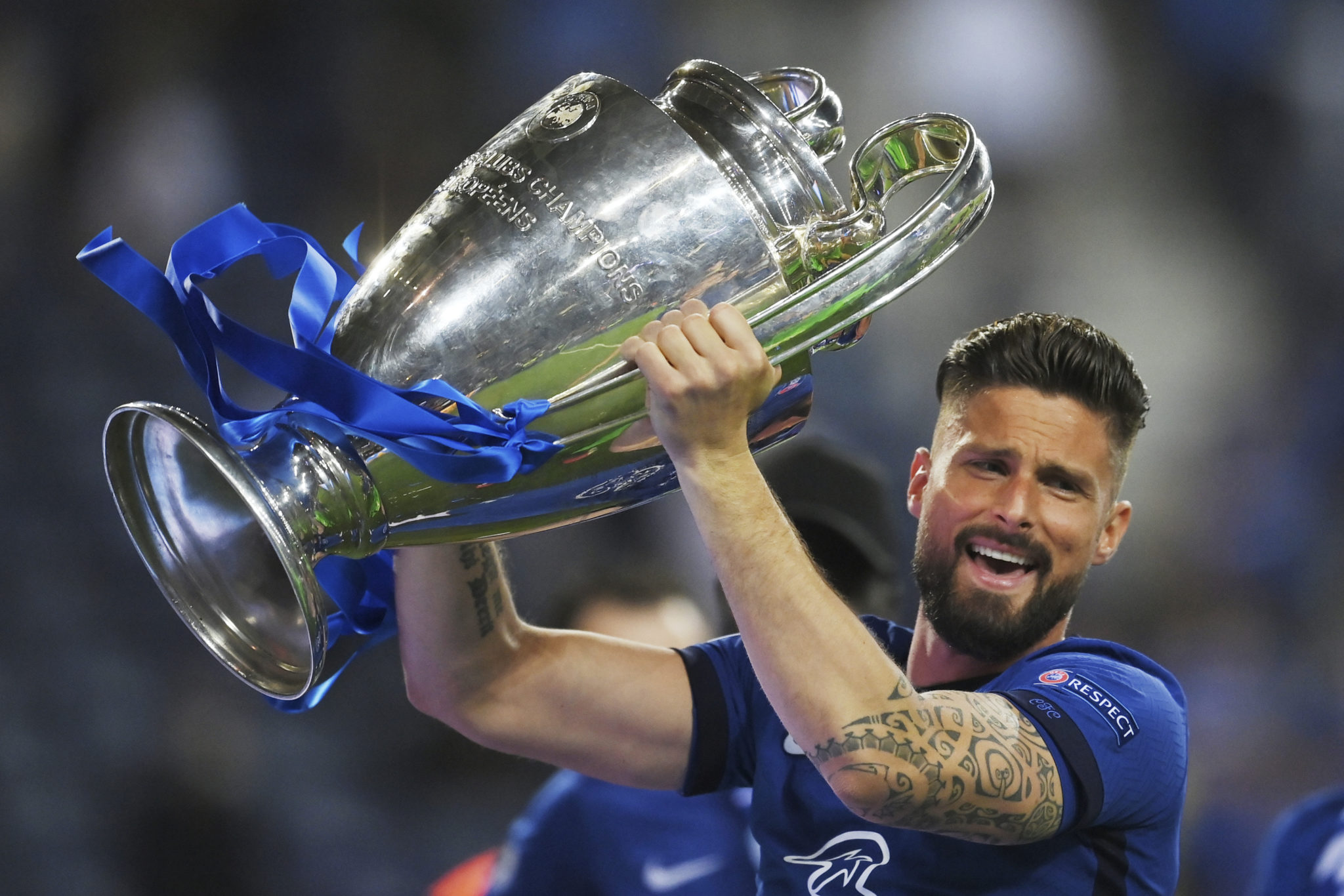 Chelsea's Olivier Giroud celebrates with the trophy as his team won the Champions League final soccer match between Manchester City and Chelsea at the Dragao Stadium in Porto, Portugal, Saturday, May 29, 2021. (David Ramos/Pool via AP)

Granovskaia has also confirmed that the Champions League winners triggered a clause in Giroud's contract in April in order to keep the French attacker for another season.

"Olivier has been such a crucial part of so many big moments for this club, from his contribution to our FA Cup victory in 2018 to scoring 11 goals on the way to winning the Europa League in 2019.

"He has continued to score significant goals, and we will never forget his effort against Atletico Madrid on the way to winning the Champions League this season.

"With so much to still to play for, there was only one decision we could make when we exercised the option to extend his contract back in April."