Manchester United manager Ole Gunnar Solskjaer has laid some of the blame for his side's poor home form this season on the stadium banners.

His side have dropped 18 Premier League points at Old Trafford this season compared to just 12 on the road and they remain unbeaten away from home in their last 23 matches while losing four home fixtures this term.

25 years after his old boss Alex Ferguson dumped the infamous United grey kit, the Norwegian has taken similarly decisive action ahead of Thursday's quarter-final second leg against Granada in the Europa League.

"You'll see a change now. If you see the banners around the stadium now, they're not red anymore," said Solskjaer. "We've looked into this...there shouldn't be any reason, really.

"But some of the players have mentioned that, you know, that split-second decision you have to make – looking over your shoulder to see if your teammate's there or not and the red shirt is on a red background, with the red seats.

"So we've of course tried to change that, along with the anti-racism campaign. So of course that was important that it wasn't red anymore." 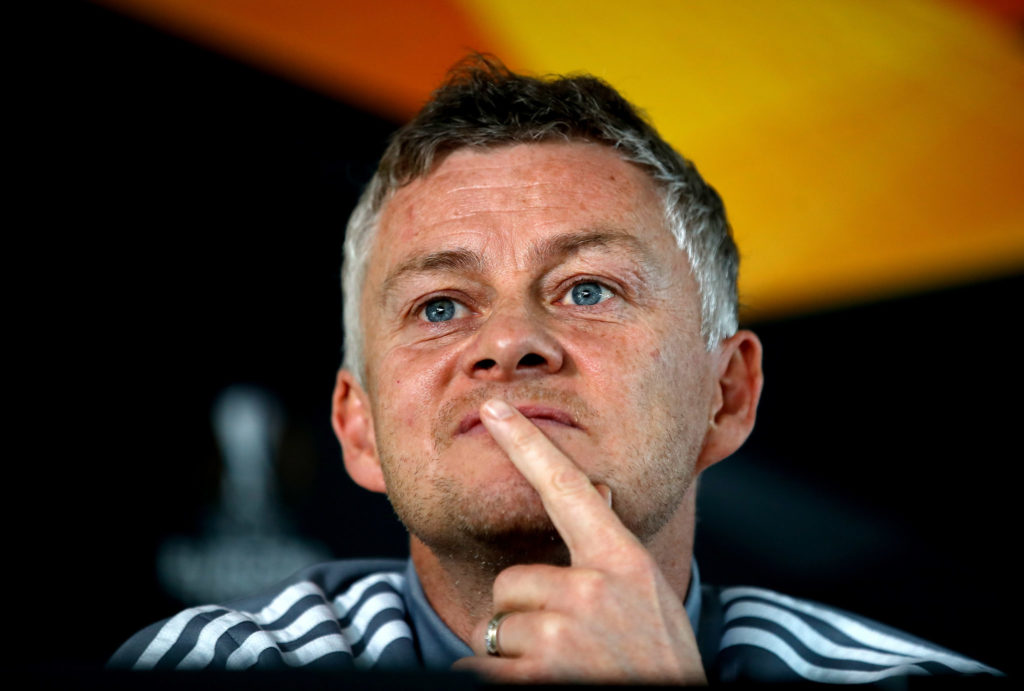 United have a 2-0 advantage over Granada from the away leg, which isn't as comfortable as the 4-0 lead they had when Real Sociedad visited and despite throwing away a 1-0 advantage against AC Milan in the last round, they completed the job with a 1-0 win at the San Siro.

Despite the issues with the stadium dressing, Solskjaer believes that the home form issues are now a thing of the past.

"There shouldn't be any reason," he added. "If you've got a four-nil advantage, you don't really have to win that game, nil-nil was a good result. Then the first game against Milan, that's still a draw, we conceded in the last minute.

"I still think we've played some good football at home. We started off badly with three defeats to Palace, Tottenham and Arsenal very early on. So we've improved."

Paul Pogba facing another month on the sidelines