Shelbourne condemned to playoff as Dundalk cling onto Europe

Shelbourne have been left to fight for their SSE Airtricity Premier Division status following a 2-0 defeat to Shamrock Rovers.

Meanwhile, Dundalk clung onto the all-important 3rd position despite defeat at home to Sligo Rovers.

Heading into the final round of top-flight matches on Monday night, it was Finn Harps that occupied 9th position, with Longford Town lying in wait in the promotion/relegation playoff.

Manager Ollie Horgan had warned of the experience shot through a Waterford side that had come through a rollercoaster season to sit on the verge of European football.

But Adam Foley's strike midway through the first-half in Ballybofey was enough to give them more than a fighting chance of survival.

Foley's goal had come six-minutes after Jack Byrne had given champions Shamrock Rovers a 1-0 lead away to Shelbourne. 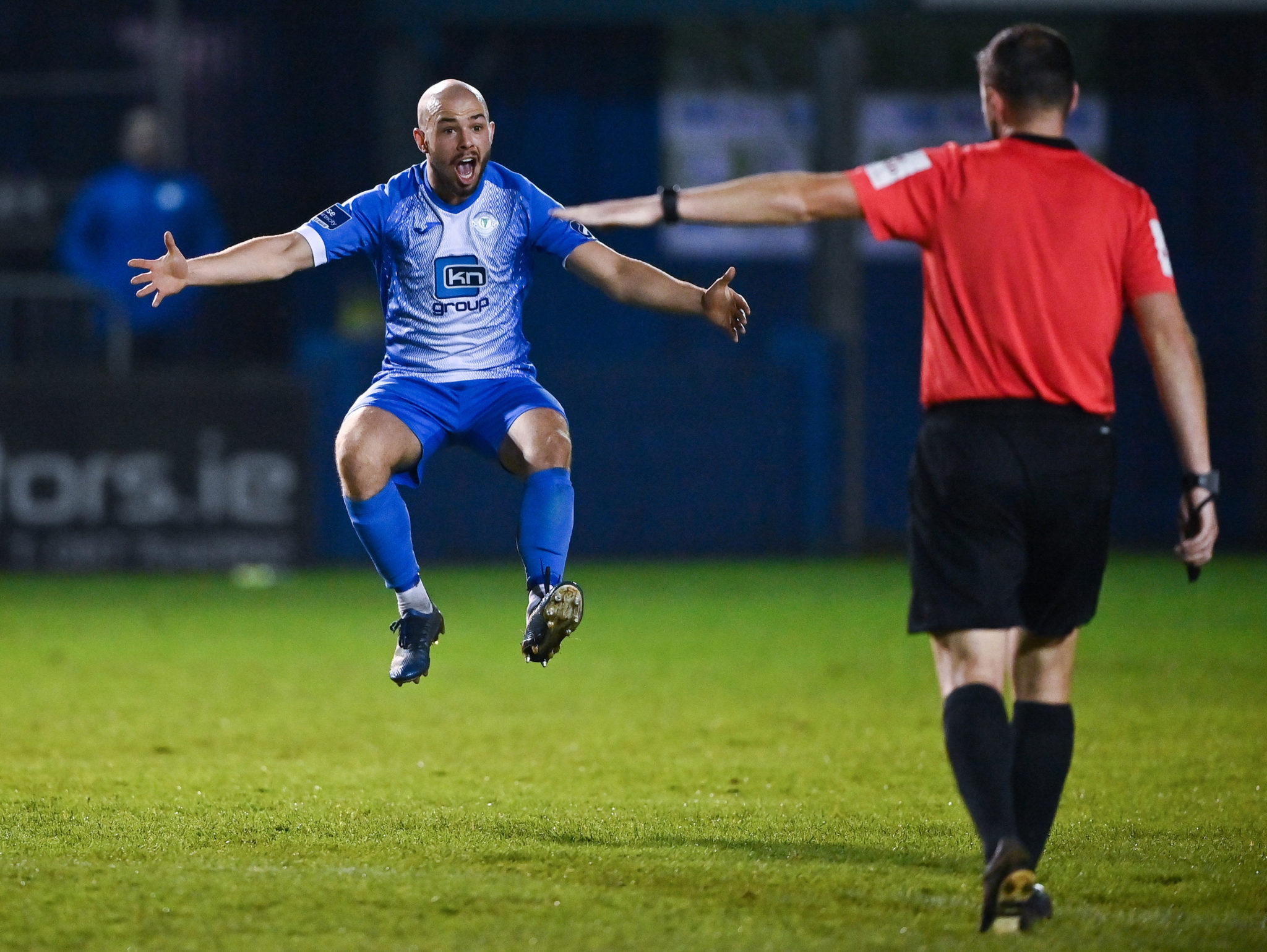 Twelve minutes after the break, Shels were 2-0 down courtesy of Aaron Greene and staring at the grim reality ahead. Five minutes from the end, Gary Deegan picked up a second yellow card of the night and was duly dismissed.

And despite the game being settled, there was a fiery finish at Tolka Park with Rovers boss Stephen Bradley sent to the stands.

Dundalk can count themselves lucky to cling onto European football for next season.

Filippo Giovagnoli's side ended the domestic season with just four-points from their final five league games, compounded by a 2-0 defeat at home to Sligo.

Three-points from Oriel Park sees Sligo leapfrog Waterford into 4th. They'll now be hoping two of the top-three meet in the FAI Cup final, which would give the Premier Division an extra Europa League spot.

Due to goal difference, Derry City were unlikely to be dragged into real trouble on the final night.

But Declan Devine's disappointing Candystripes needed a late James Akintunde goal to salvage a point away to hapless Cork City.

Elsewhere, Bohemians signed off on a decent season with a 2-1 win away to St. Patrick's Athletic. Andre Wright scored the decisive goal at Richmond Park from the penalty spot.

THE NEWSROUND | Cork stun Kerry, Liverpool and Man City knackered, Garcia out of the Masters