Natasha Jonas and her trainer Joe Gallagher are united in one aim this weekend - to make Katie Taylor "look human".

Taylor's undisputed lightweight title is on the line as she faces a fighter she's encountered twice before as an amateur.

Their most recent meeting occurred at the London 2012 Olympics, with Taylor prevailing en route to a gold medal.

Gallagher says his client is drawing inspiration from male fighters currently at the top of their game, "Natasha has been in with her twice before," the trainer told Sky Sports, "So Natasha is not dealing with these auras that people have or build-up, like Canelo [Alvarez] or [Vasyl] Lomachenko - 'They're not human, they can't be beat'.

"You've seen Katie Taylor against Delfine Persoon, that could easily be 2-0 to Persoon or 1-1.

"Katie, I'm sure would have trained like a demon, knowing the challenge and the threat that Natasha Jonas brings. This is going to be a really, really tough fight for Katie Taylor.

"I think she can be hurt.

"If people study her long and hard enough, you'll see in fights where she has been hurt. She's been caught, she's been wobbled, she's been stunned.

"Can she be knocked out? Well, we didn't think Mike Tyson could get knocked out against Buster Douglas. Anyone when they get hit clean on the chin has a chance of going over.

"I do feel Natasha has to win by stoppage."

Both fighters have arrived into Manchester ahead of Saturday's showdown. The fight is on the undercard to the heavyweight meeting of Derek Chisora and Joseph Parker. 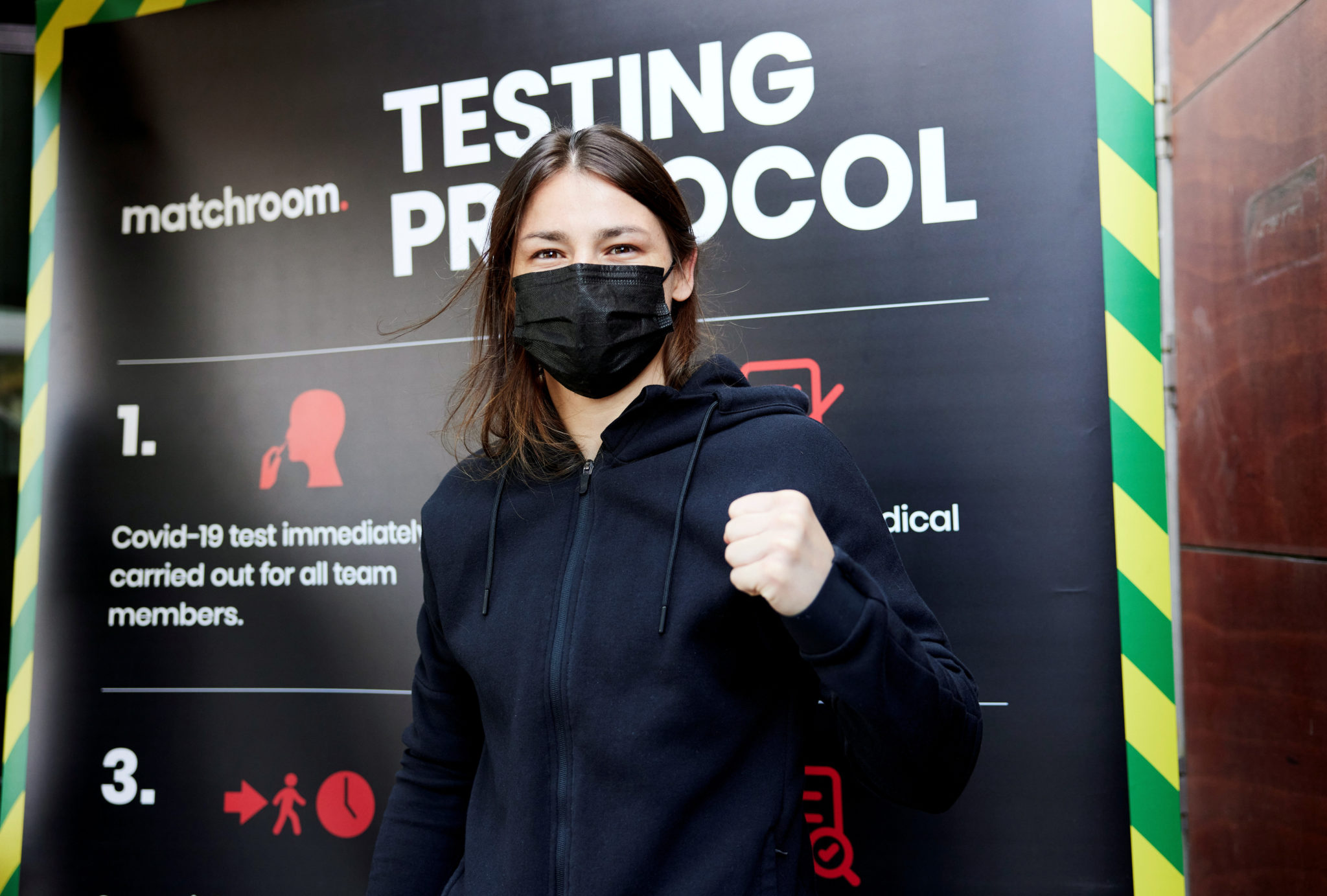 26 April 2021; Katie Taylor arrives for her COVID-19 test at her hotel in Manchester, England, prior to her lightweight title bout against Natasha Jonas. Photo by Mark Robinson / Matchroom Boxing via Sportsfile

"Everyone's got weaknesses, everyone's human, and I will be trying to capitalise on them and put my best foot forward.

"Everyone mentions the Persoon fights but styles make fights and I'm not Persoon, but what I do think Persoon did was make her look human."