Ireland international duo Garry Ringrose and James Lowe have not been ruled out of Leinster's Guinness PRO14 trip to Munster this weekend.

Ringrose injured his jaw playing against Italy in the Six Nations last October and then suffered the same injury playing for the Blues against Northampton Saints in the Heineken Champions Cup in December.

Lowe has been out of action with a groin injury since Ireland's Autumn Nations Cup defeat to England in November but returned to training last week and the province's weekly update was positive ahead of Saturday's match at Thomond Park;

"Both Garry Ringrose (jaw) and James Lowe (groin) are still being managed as they make their way back from injury and will need further assessment but are expected to train this week as they continue that progress." 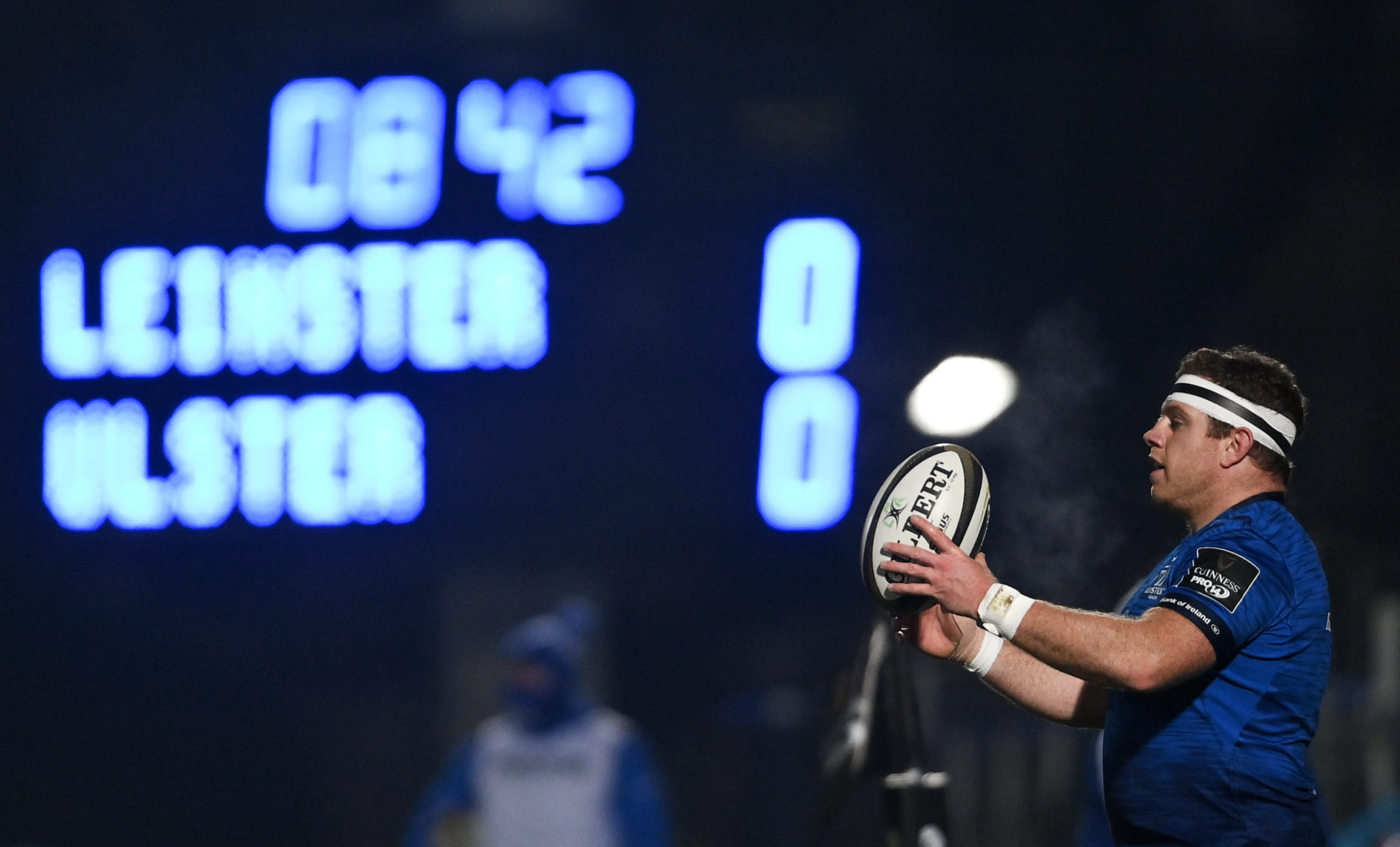 8 January 2021; Seán Cronin of Leinster during the Guinness PRO14 match between Leinster and Ulster at the RDS Arena in Dublin. Photo by Ramsey Cardy/Sportsfile

Both hooker Seán Cronin and outhalf Ciaran Frawley are training again this week and look ready for selection if called upon by head coach Leo Cullen who will still be without several players for the derby match.

Cronin picked up a knee injury on his return to the starting team for the 24-12 league win against Ulster at the RDS ten days ago.

A week before that Frawley was a late withdrawal from the squad for the defeat to Connacht due to a hamstring injury but the province says that both players are recovered and are expected to train as normal this week.

There was no new injury update on a number of other players who still remain unavailable to Cullen:

OTB AM | Former international Alan Quinlan surveyed Ireland's back row options ahead of the 2021 Six Nations.

Lowe returns to training good news for Leinster and Ireland