Lowe returns to training good news for Leinster and Ireland

Leinster and Ireland have received a timely boost with the return to training of James Lowe.

The Kiwi-born winger wasn't considered for the opening two rounds of the Six Nations due to a hamstring injury.

However, Leinster confirmed on Monday that Lowe returns to training this week ahead of Saturday's visit of Ospreys to the RDS in the United Rugby Championship.

The 29-year old could find himself back in contention for the final three rounds of the Six Nations.

There was bad news for Leinster, with centre Ciaran Frawley ruled out for between four and six weeks due to a facial injury sustained in Friday night's 26-7 bonus point win at home to Edinburgh. 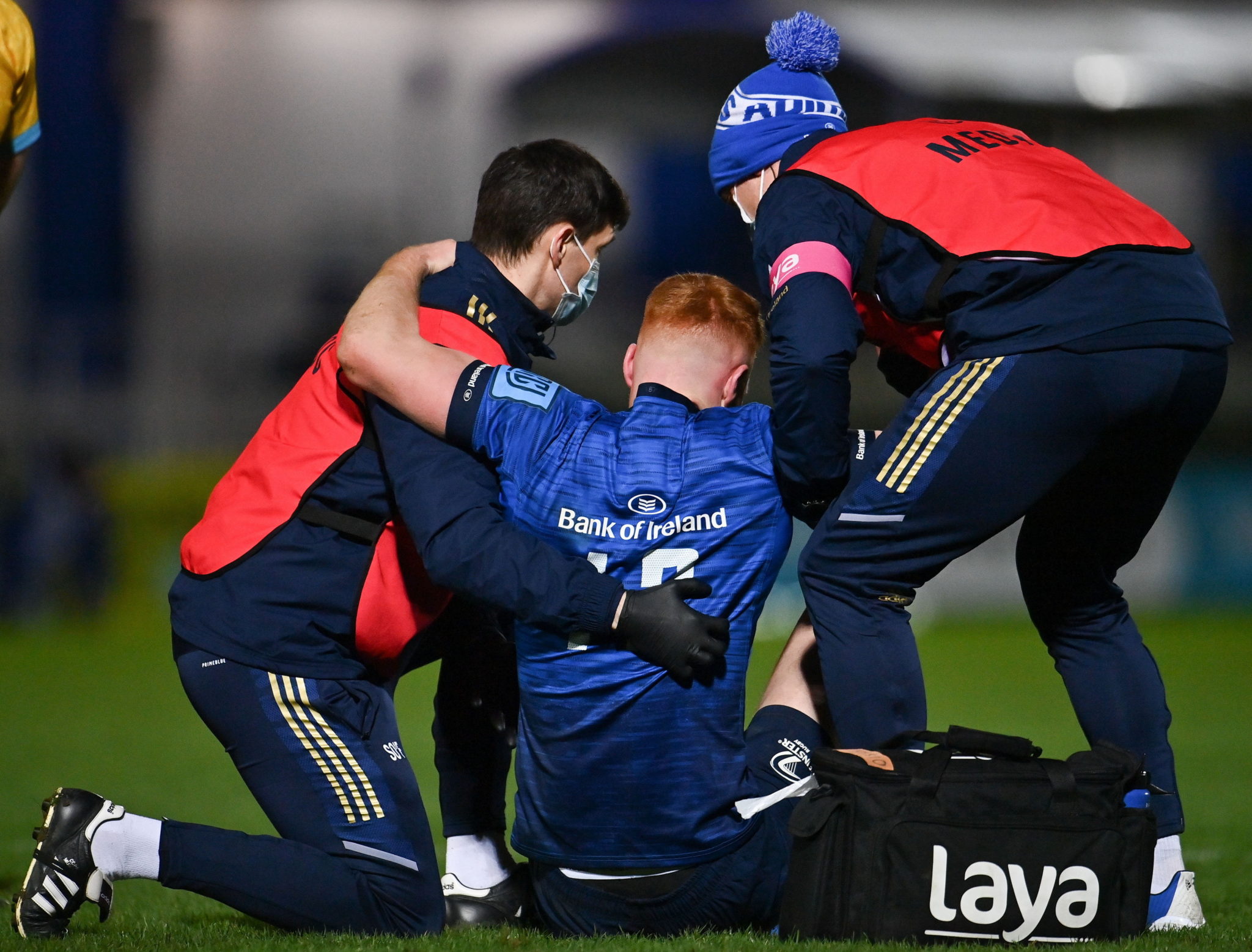 11 February 2022; Ciarán Frawley of Leinster is helped to his feet after picking up an injury during the United Rugby Championship match between Leinster and Edinburgh at the RDS Arena in Dublin. Photo by Sam Barnes/Sportsfile

It's hoped Frawley will be fit again for April's Heineken Champions Cup last-16 games with Connacht.

Rhys Ruddock - withdrawn ahead of the Edinburgh game - will have a minor quad injury assessed this week.

Jimmy O'Brien is another who will be monitored due to a calf issue.

Head coach Leo Cullen has been boosted by the return from Ireland camp of a trio of experienced hands.

Cian Healy, Ryan Baird and Jordan Larmour are all in the mix for Saturday's URC fixture.

THE OTB LUNCHTIME WRAP | Will it be Sexton or Carbery against Italy, Valieva cleared to compete again at Winter Olympics