Premier League won't use VAR for keeper encroachment on penalties

The Premier League has confirmed that video assistant referees won't rule on goalkeepers moving off their line just before a penalty is taken.

VAR is being introduced to the Premier League next season after being trialed in the League Cup and FA Cup in recent seasons.

A new rule regarding goalkeeper encroachment at penalties was introduced just before the Women's World Cup and it's already causing plenty of problems for all involved.

Scotland crashed out of the World Cup on Wednesday following a 3-3 draw with Argentina in their final group game. The Scots needed a win to keep their last 16 hopes alive but conceded a late penalty to the South Americans.

Lee Alexander saved the initial spot-kick from Florencia Bonsegundo in injury time but the referee ordered the penalty to be taken again after VAR intervened.

However, Alexander did not have had at least part of one foot on the goalline. Bonsegundo made no mistake with the second effort and the match ended 3-3, sending Scotland home with just one point from three games. 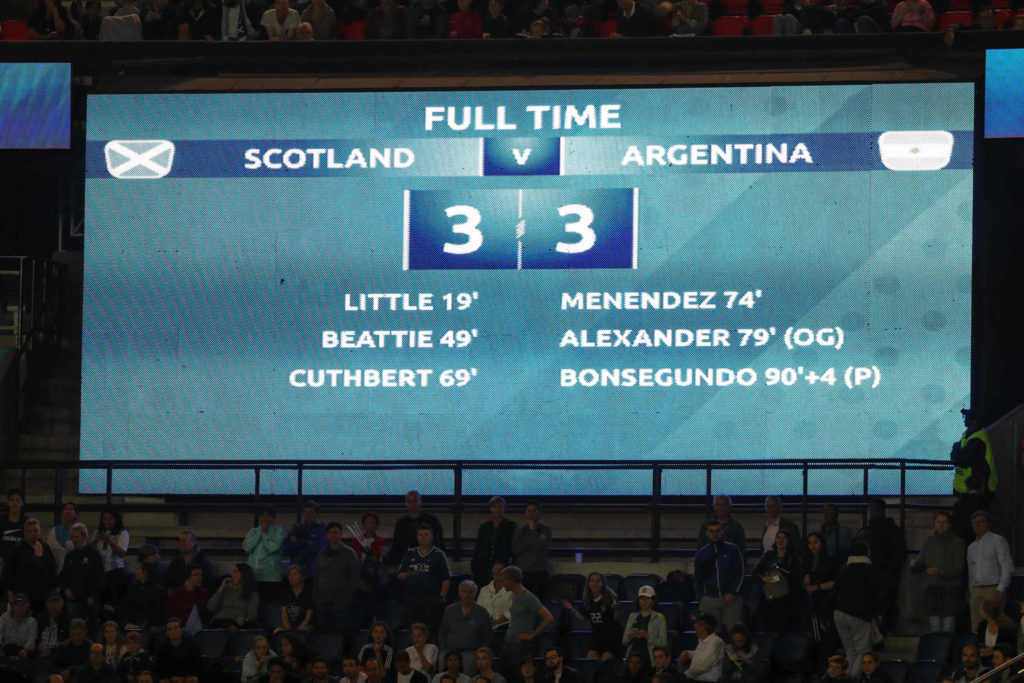 It was the third penalty retaken at the tournament and there's a good chance it won't be the last. Hosts France missed a penalty against Nigeria earlier in the week but Wendie Renard was given another opportunity from the spot.

Italy also scored their first in a 5-0 win over Jamaica with a retaken penalty. It's obviously something referees have been instructed to enforce and officials have warned keepers immediately before penalties.

Next season in the Premier League, Video replays will only be used during penalties if there is encroachment by other players outside the area, the taker double-kicks the ball or if a player stops during the run-up to deceive the keeper.

PGMOL could review the situation during the season.