Premier League match referee Mike Dean has been granted his request not to take charge of a top-flight game this weekend.

The 52-year-old dismissed West Ham United midfielder Tomas Soucek last Saturday after he caught Fulham striker Aleksandar Mitrovic with his elbow during the meeting of the sides at Craven Cottage.

That incident occurred just days after Dean sent off Southampton defender Jan Bednarek during Manchester United's 9-0 league drubbing of the Saints, for a tackle on striker Anthony Martial in the box. 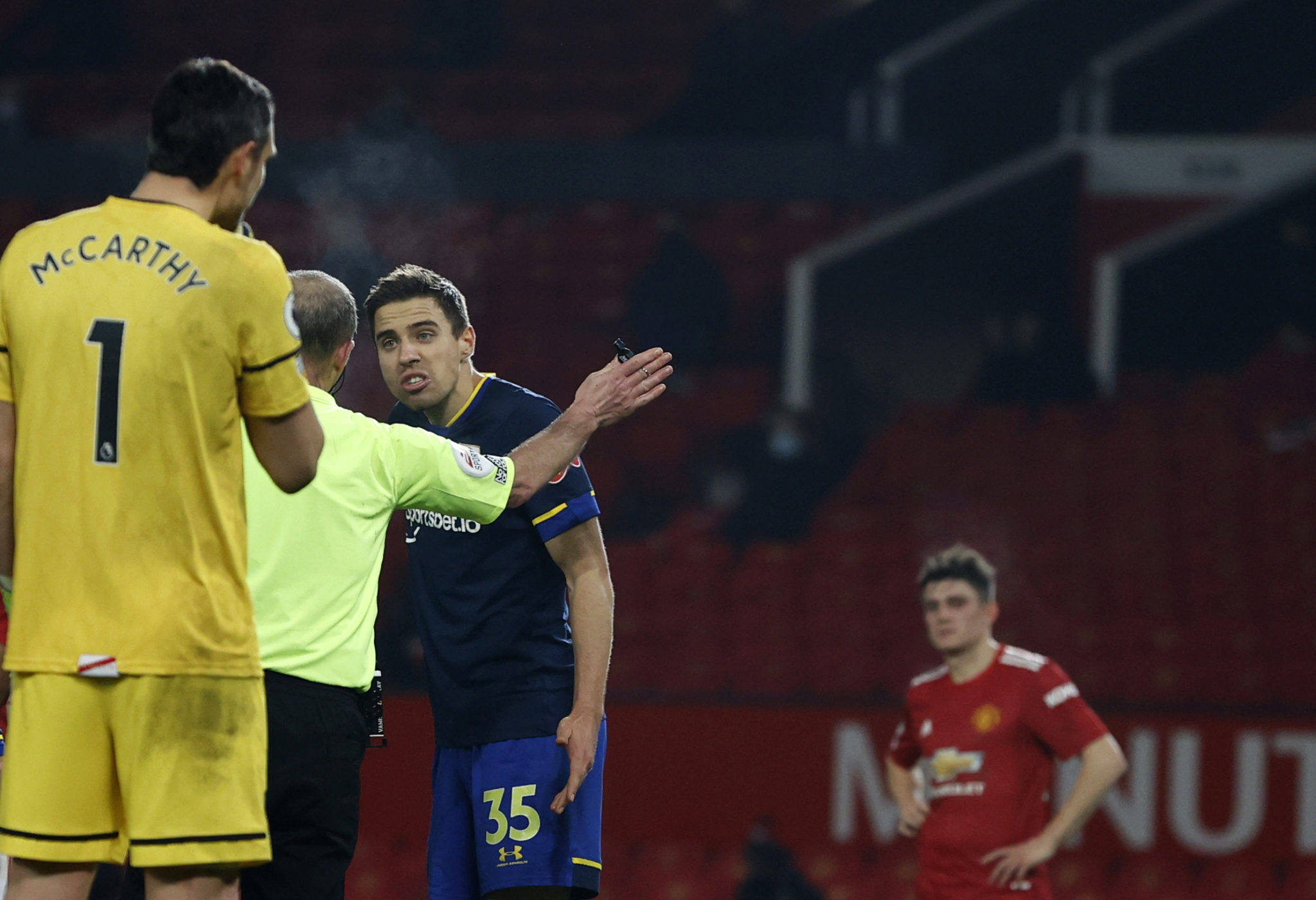 Dean reviewed both of the incidents on the pitchside monitor, after being advised by the Premier League VAR official, before making both decsions.

The two red cards were rescinded on appeal by the English FA.

Dean asked to be stood down for this weekend's Premier League action and his name was not included on the list of match officials for those fixtures.

He will still take charge of the FA Cup fifth-round tie between Leicester and Brighton on Wednesday night.

Professional Game Match Officials Board managing director Mike Riley spoke out in support of Dean after news of the online abuse was revealed.

"Threats and abuse of this nature are totally unacceptable and we fully support Mike's decision to report these messages his family received to the police," said Riley.

"Nobody should be victim of abhorrent messages like this. Online abuse is unacceptable in any walk of life and more needs to be done to tackle the problem."

The Football Show | Joe Molloy joined by Gary Breen, Pat Nevin and Damien Delaney to look back at the weekends Premier League action

Chelsea call for Middlesborough tie to be played behind closed doors

Shrewsbury condemn 'vile and offensive chanting' about Hillsborough at Anfield