Brian O'Driscoll has been answering questions from kids all over the country as part of Episode One of our new series - The OTB Kids Takeover!

We all know the former Leinster and Ireland man had a stellar career on the pitch with the oval ball, but he's also a big Manchester United fan.

Eight-year-old David used his question to ask Brian who his favourite United player was when he was a kid, and which of Ole Gunnar Solskjaer's current crop he most likes too.

"I am a Man United fan! If I'm really honest, since my kids have come along I've watched a hell of a lot less football.

"Premier League football is not really on my radar, I watch a good bit of Champions League because I get the kids off to bed and I might pick up the last hour of the game.

"So as a result of that I haven't seen a whole lot of Manchester United in the Champions League in the last four of five seasons.

"When I was hugely into soccer Mark Hughes was my hero growing up. An incredible striker, [he] just had a real hard-edge to him way before that was a thing with strikers.

"[He] often used to get booked for you know, tough challenges on centre-backs where they thought they were going to have life easy.

"He used to score spectacular goals, I met him a couple of times and he's one of the few people I get a bit in awe of when I'm in their company! He was a real hero of mine."

O'Driscoll admits times are tougher for United fans right now, but he said he is a fan of a couple of the current squad of players at Old Trafford.

"Now... it's a grim situation in Man United at the moment. It seems like three steps forward two steps back at times. 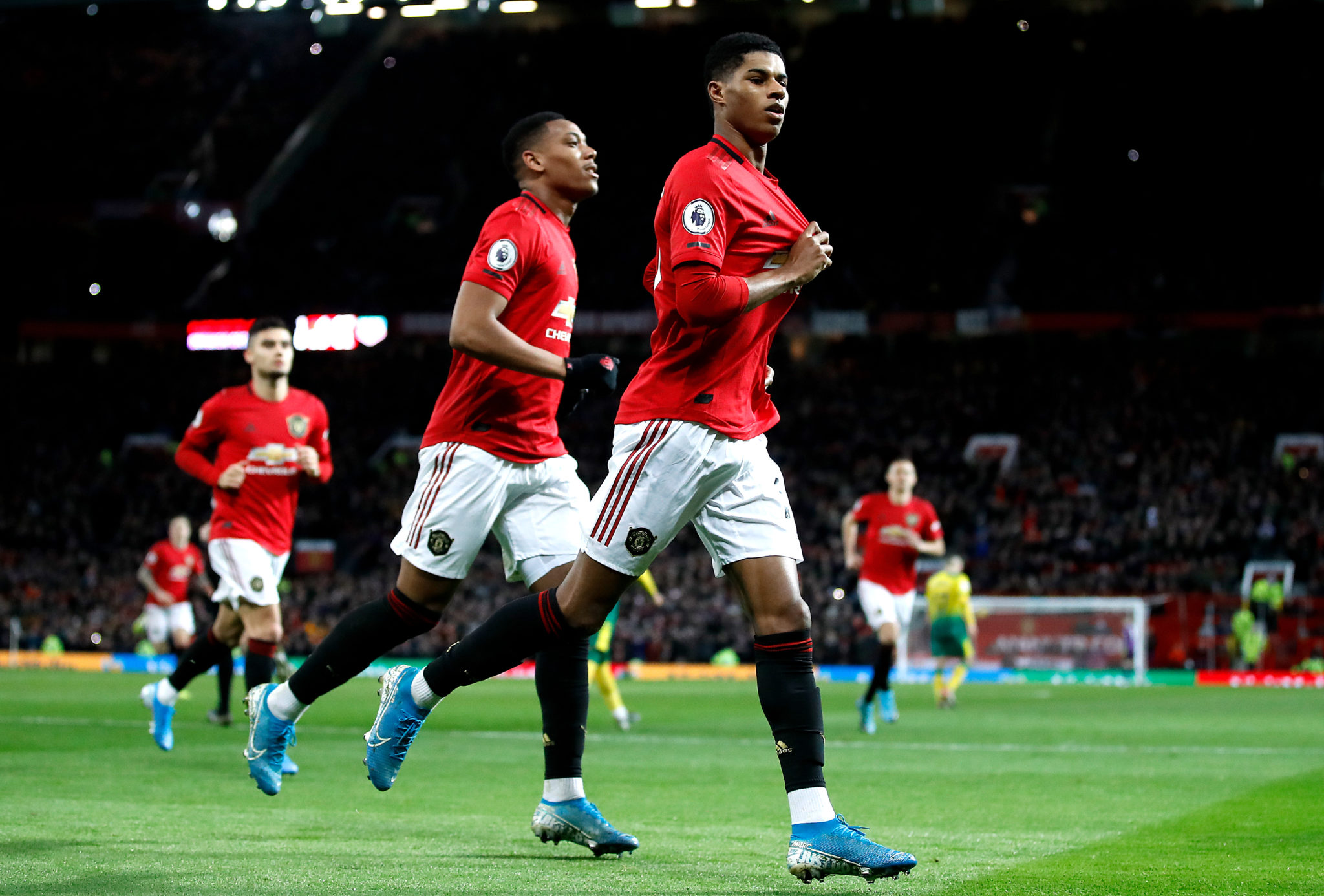 "I think Marcus Rashford, every time he puts the jersey on he runs incredibly hard for the team, he works incredibly hard, he's pretty prolific in front of goal as well.

"And although he had a bit of a hiccup last year... it's terrible when you're citing the goalkeeper as one of your more admired players... but David de Gea we know can be world-class.

"The cream always rises to the top and I think a real sign of a player that has a wobble and can then bounce back... [I'd] pick between those two but unfortunately there aren't too many others that are jumping out and exciting me."