If you look through the rugby landscape for the country that has benefited most from professional rugby, you'd make a strong case for Ireland.

In the quarter of a century since the game turned pro, Ireland transformed from a side who very much lived up to their amateur status, to one which has racked up four Six Nations titles, two of which were grand slams, and never suffered the ignominy of a wooden-spoon.

Unfortunately, much like in World Cups, the one country you could say has benefited more than us from the professional game is Argentina. Thorn in the paw.

Since 1995, Ireland and Irish provinces have lifted four Six Nations titles, seven Heineken Champions Cups, one Challenge Cup, and 11 "other titles" (a catch-all term for whatever the PRO14 is calling itself at a given period of time).

And since the best way to enjoy something is by ranking the best elements of it, we've decided that I should volunteer myself for criticism by trying to select my professional-era Irish XV.

Even if Covid-19 hadn't wiped out the remainder of the 2020 Six Nations Championship, a hip injury means that Cian Healy wouldn't have been bringing up his century of caps against France in Paris last month. The 32-year-old exploded onto the scene in Leinster's 2009 Heineken Cup title-winning season, and by the time the 2011 World Cup rolled around he was Ireland's undisputed first-choice loosehead.

A nasty ankle injury robbed him of a Lions test shirt in 2013, when he was arguably the best loosie in the world.

His recovery from near-retirement in 2015 due to injury has been remarkable, slowly building himself back up to reclaim his place from Jack McGrath. McGrath, along with Marcus Horan and Peter Clohessy deserve honourable mentions, but this is Healy's shirt.

A straight shootout between two former Irish captains in Keith Wood and Rory Best, but ultimately I'm siding with Wood. Best may have played more that twice as many games as Wood, and captained his country more times, but Wood's peak was higher than the Ulsterman's.

The inaugural World Player of the Year, a five-test British and Irish Lion - particularly in 2001 when he raised his game to another level entirely - Wood is in the discussion for one of the game's great hookers of the last 30 years. A skillful player too, in an era when hookers didn't have to be. 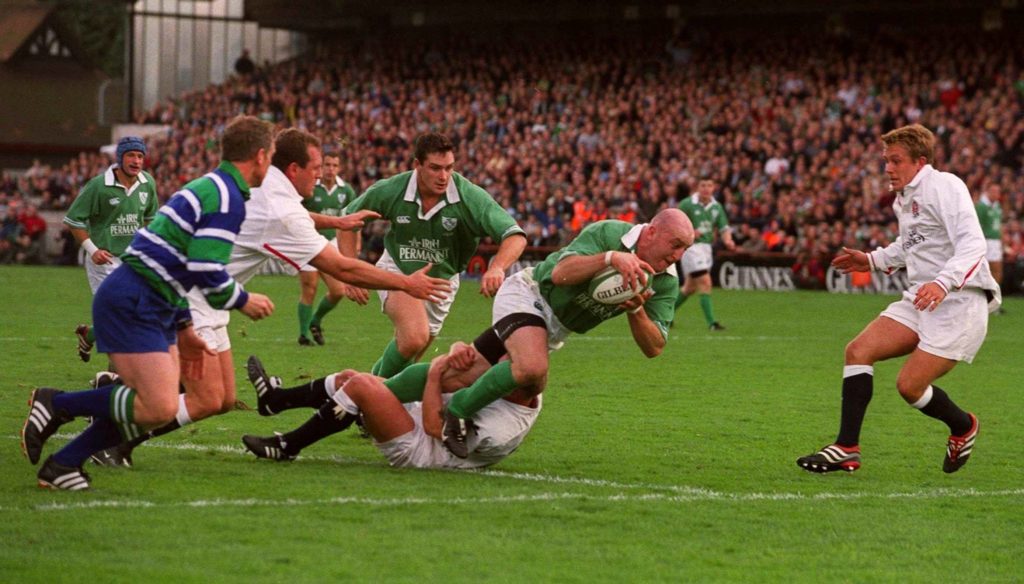 I recognise this is a controversial call, but hear me out. Paul Wallace, the Bull, Mike Ross and Tadhg Furlong can all make realistic claims to be on this list, and if we're strictly speaking about who is the more complete rugby player, you'd instantly side with Furlong. But Furlong's story has a lot of chapters yet to be written.

Hayes gets the legacy vote. The first Irish player to earn a century of test caps and a two-time British and Irish Lion, John Hayes at tighthead prop was more reliable that night following day for the best part of a decade. Of his 107 test appearances, he started 100 of them, and would regularly have played the full 80-minutes.

He didn't offer what Furlong does around the pitch, but having just one sub prop per team meant that this was just the way the game was played.

It's Paul O'Connell + AN Other, right? For me, Malcolm O'Kelly just pips Donncha O'Callaghan to the number 4 shirt on this team. O'Kelly was a world-class lineout operator, in no small part down to his handling ability; who could forget his deft flick-on pass to Brian O'Driscoll for the first leg of that hattrick v France in 2000?

At one point O'Kelly was Ireland's record appearance holder, when he hit the 70 mark in 2005, and deservingly got to cap his test career off with a Six Nations title in 2009. Give it a few more years though, and we may have to make room for James Ryan on the list.

This was always going to be the one that bit me on the ass. Ferris and Wallace in the team means I have to leave out Sean O'Brien, Peter O'Mahony, Simon Easterby, and so on and so forth. Likewise if you're choosing O'Brien, you've to deal with the mob shouting, "where's Ferris/Wally?".

The margin separating Ferris and Wallace from O'Brien and O'Mahony was tiny. Ferris has the element of mystery to him. He may have only earned 35 caps, but he was almost always exceptional. Still just 34, it's arguable that fitness-permitting, he should really only be winding up his career now. Wallace takes the 7 shirt because everything he did seemed effortless.

He looked impossible to tackle, but eluded defenders rather than putting them on their arses. Plus, I'd be excommunicated from the Crescent Collegee allumni if I left him out. 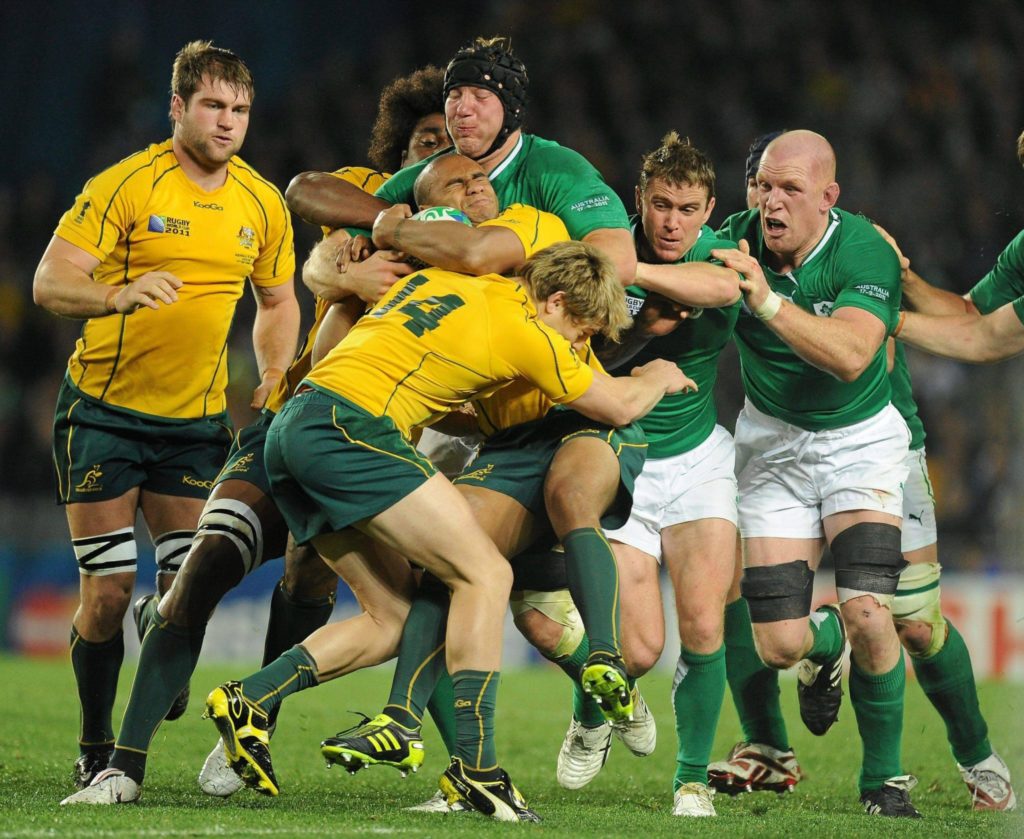 Much like hooker, this is a straight shootout between Heaslip and Anthony Foley, with Heaslip getting the final nudge. Three Six Nations titles and three Heineken Champions Cups. 95 Irish caps, 5 Lions test appearances, and twice nominated for World Player of the Year, it's hard to argue against him. His performances in 2009 - particularly with that try against France at Croke Park - were second only to Brian O'Driscoll, while his all-round game ticked every box.

Peter Stringer and Eoin Reddan both have strong claims, but Conor Murray changed the game. From 2013 to 2018 he was consistently in the discussion for the best number 9 in the sport. In 2017 and 2018 he probably was THE best. When you think of scrumhalf you think of a pass, but Murray made box-kicking a form of attack. Struggled to find his form in 2018, but was showing improvements again before the 2020 season came to a halt.

Be honest, you haven't even bothered to read the first 986 words and just scrolled straight down here. Well, shame on you. A poor Skype connection meant that my line dropped *just* as I was delivering the Sexton v ROG verdict on this morning's OTB AM, but fear not, I've been given permission to expose myself to criticism in print.

For a long time I would have offered the opinion that while Sexton was the better all-round rugby player, O'Gara was the man I'd be handing the tee towards if I'd one kick left to save a game.

I was conflicted. Sexton was more rounded, more modern, but O'Gara was the classic 10. Sexton's World Player of the Year win tips the scale though. Be kind to me. 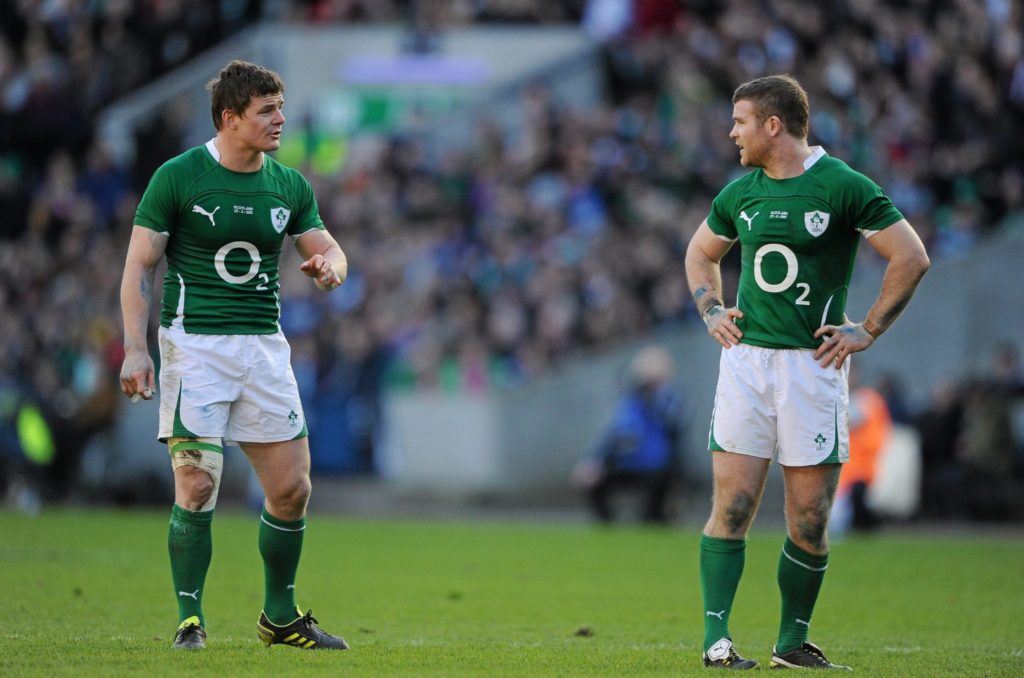 The easiest two selections I'll have all day. Garry Ringrose has the potential to squirm his way into this double-act some day, while Kevin Maggs, Rob Henderson and Jared Payne all deserve a shout-out.

But the spine of the Irish and Leinster backline won't be broken for a long time yet.

Two crazy strike-rates. With 29 tries in 62 games, Denis Hickie was averaging just under one every other game. His understanding with D'Arcy and O'Driscoll made the Leinster and Irish backline electric in the mid-2000s - think of their thumping of Toulouse in 2006 as the classic example.

Also, had it not been for Hickie's miracle try-saving tackle, Brian O'Driscoll's hattrick and the win in Paris in 2000 probably wouldn't have happened. Deserved to walk away with more medals.

Does Tommy Bowe get the credit he deserves? Looking back at both his numbers and his moments, it feels like we didn't fully recognise at the time just what he did in a green shirt. 30 tries in 69 games is a whopping haul, but he was far from a flat-track bully. Think of Cardiff in 2009, Twickenham 2010, South Africa and Australia in 2014, big tries in big games.

A rising star in 2009 for the Lions Tour, by 2013 he was so vital he was kept on tour with a broken hand, recovering on time to play the final two tests and clinch the series.

Rob Kearney. No question. Geordan Murphy was an exceptional talent, and was primed to be a genuine star at the 2003 World Cup before a broken leg, but struggled to nail down his starting place thereafter.

Kearney is the most decorated player in the history of Irish rugby, and has virtually owned the 15 shirt for almost half of the professional game's existence.