McCabe "flourishing" and Quinn "talismanic" ahead of World Cup qualifiers

With the Republic of Ireland's World Cup qualifiers with Sweden and Finland on the horizon, defenders Katie McCabe and Louise Quinn are both in good form in the Women's Super League.

Arsenal legend Ian Wright was fulsome in his praise of Ireland skipper McCabe after she scored in their win against Everton last weekend.

"Honestly, Katie McCabe bro, she's just like to watch here, the thing is the second half, she's right down our side," the former Gunners striker said of her performance.

Footballer writer, Florence Floyd-Hughes, spoke about the Tallaght-native's form on OTB AM and revealed that McCabe was determined to kick on after an impressive 2021 campaign.

"She wanted to perform better and you could tell that there's a hunger there. The versatility is ridiculous, she's played at left wing-back and also played higher up the pitch. She's also been used on the left of a front three.

"She is just so, so, dangerous, and I think she's going to have another big, big season." 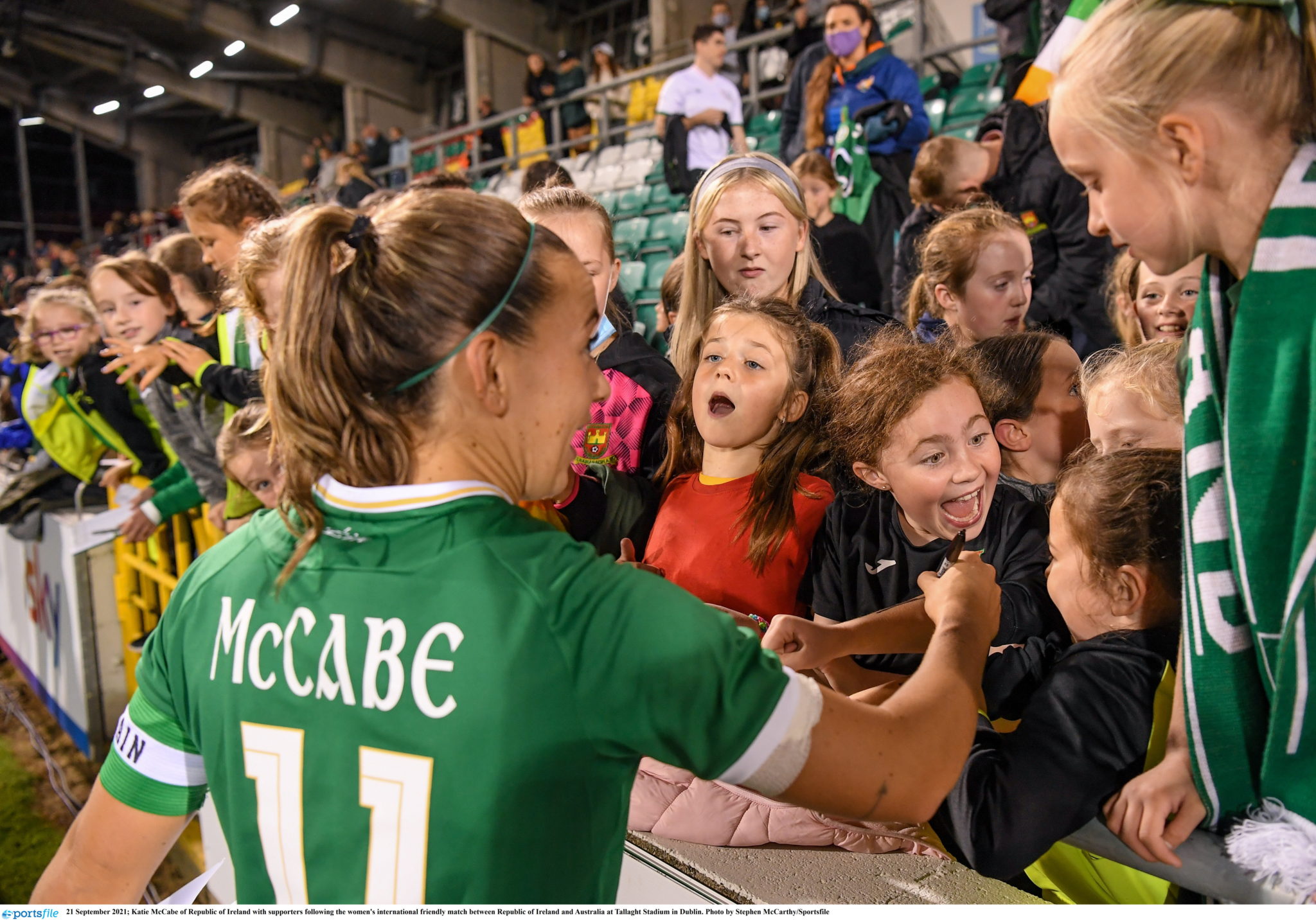 McCabe has played at left-back while captaining Ireland in recent games and Floyd-Hughes expects the Dubliner to also be deployed there for her club.

"I don't think she'll play in the front three that much this season, just because of the players Arsenal have at their disposal. Jonas Eideval is trying to keep as many players happy as possible and he's recruited a lot of attacking players.

"I think she loves playing from that left wing-back role and she's brilliant at set-pieces, she's flourishing really." 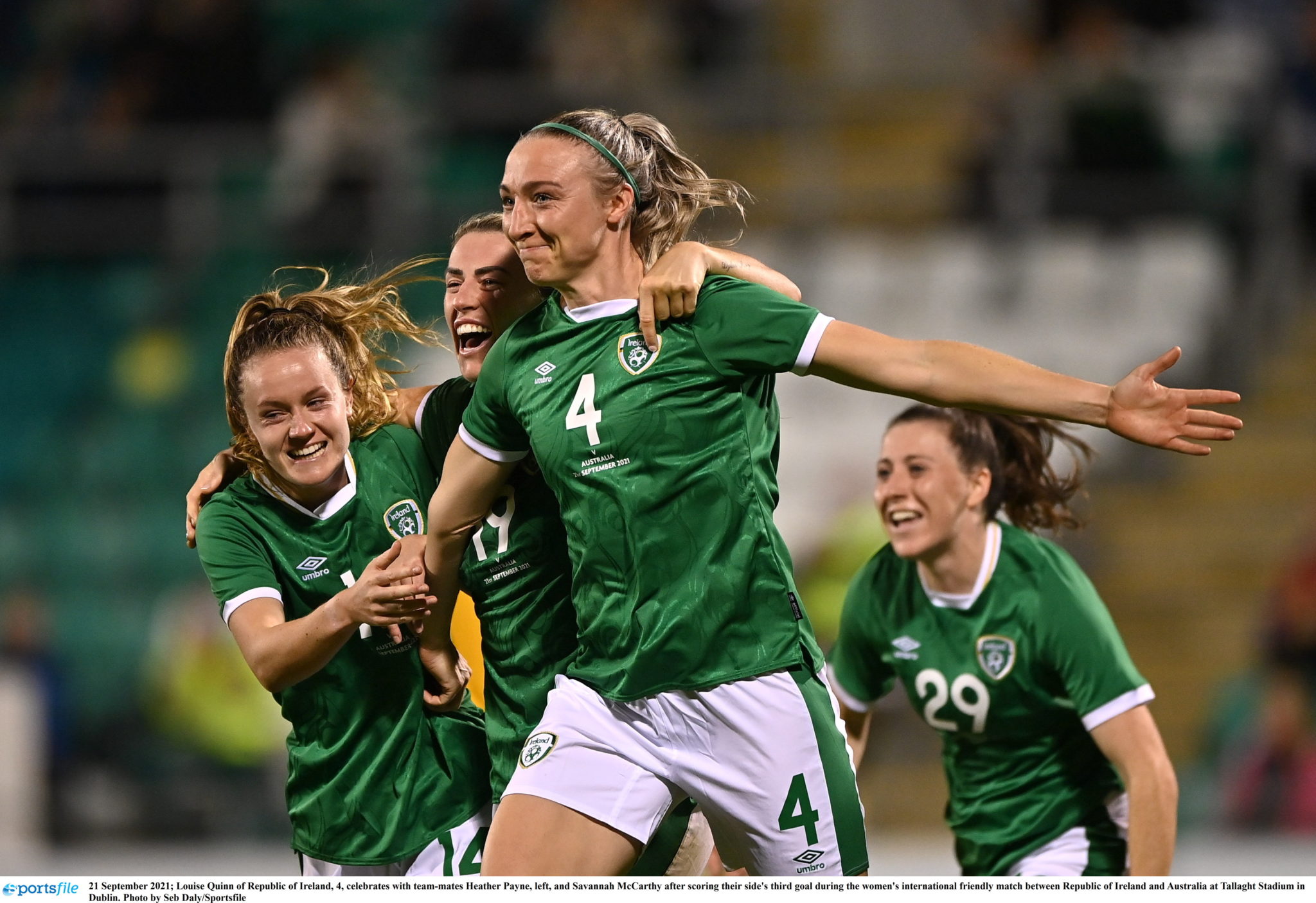 21 September 2021; Louise Quinn of Republic of Ireland, 4, celebrates with team-mates Heather Payne, left, and Savannah McCarthy after scoring their side's third goal during the women's international friendly match between Republic of Ireland and Australia at Tallaght Stadium in Dublin. Photo by Seb Daly/Sportsfile

Louise Quinn's Birmingham has struggled in the WSL this term, picking up just one point from their opening five fixtures. But Floyd-Hughes says Quinn has been performing well since her summer arrival from Fiorentina.

"Her joining Birmingham is huge for that club. She's going to be a real talisman for them this season.

"Any chance they have of staying up, which I think is a pretty small chance, it's probably going to be down to Louise Quinn.

"She scored at the weekend as they picked up their first point of the season against West Ham. She's already been a huge part of the good performances they've had this season.

"They played quite well against Manchester United and Louise Quinn was a big part of that. She put her body on the line and finished the game with a big bandage like Terry Butcher.

"If she continues playing this well then there's a good chance that she'll be at a bigger WSL club next season."

'It's a massive game, we know how good they are' | McCabe looks ahead to Sweden clash