The 18-year old Bolton midfielder was the surprise name in McCarthy's 27-man squad for next month's Euro 2020 qualifiers with Denmark and Gibraltar.

The left-footed Liverpudlian says he's living a dream to be surrounded by his heroes, "Seamus Coleman - the skipper - he's an idol, really isn't he? I look up to him because he plays for my childhood team. It's crazy to be walking in.....you just see them and you've watched them for 10-years plus maybe, and then now you're in a team with them and to training with them today it's just unbelievable.

McCarthy admits he had to convince Connell that his call-up wasn't in fact a prank telling FAI TV, "I would imagine he's buzzing, it's come right out of the blue for him. I had to convince him it was me first and not someone taking me off - because there's one or two that do it. I would imagine he's absolutely buzzing, he's had a good season with Bolton and very sadly they've gone down.

"I was talking to his Dad about coming in, he said 'he's got a holiday booked', I said I hope it's not this week!" 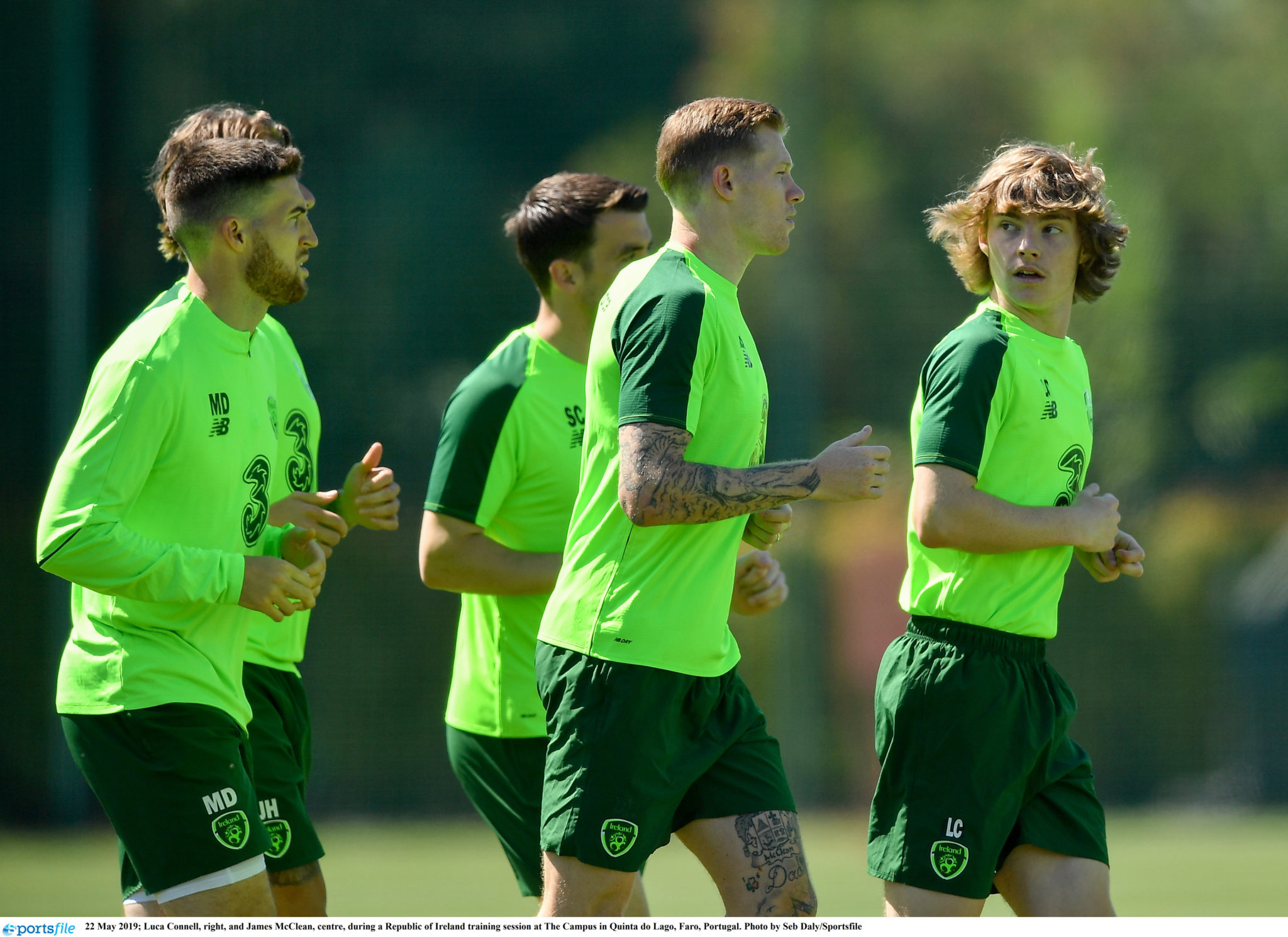 22 May 2019; Luca Connell, right, and James McClean, centre, during a Republic of Ireland training session at The Campus in Quinta do Lago, Faro, Portugal. Photo by Seb Daly/Sportsfile

Now that Connell is entrenched, he's determined to impress. And he's not just there for the experience as he eyes a first appearance next month, "Just try and get my debut as soon as I can, you know, it's a dream come true isn't it to be called up and then I've got to thank the gaffer for the chance. I'm going to take my chance, work hard in training and hopefully I can get my debut out of it"

And from what McCarthy's been told of Connell, a debut may not be that far away, "He's impressed everybody that's gone to watch him. I've not seen him live - I've seen more of him on TV. [He's a] talented lad, left footer, gets on the ball, can see a pass - pick a pass. It'll be great for him to be here, see how he competes with the rest of them. "

The Ireland squad will continue their preparations for next month's games in Portugal this week.

Ireland manager speaks to FAI TV about his squad making the most of top class facilities in Portugal pic.twitter.com/j0zfjA9xHx