Bayern Munich striker Robert Lewandowski has been crowned The Best FIFA Men’s Player of the year.

The Poland international beat competition from Cristiano Ronaldo and Lionel Messi to claim the award for the first time in his career.

Lewandowski becomes the first player other than Messi or Ronaldo since Ronaldinho in 2005 to win the award.

The 32-year old was the first choice of both Republic of Ireland manager Stephen Kenny and captain Seamus Coleman. Kenny chose Kevin de Bruyne and Kylian Mbappe in his top-3, with Coleman going for the old stagers Messi and Ronaldo. 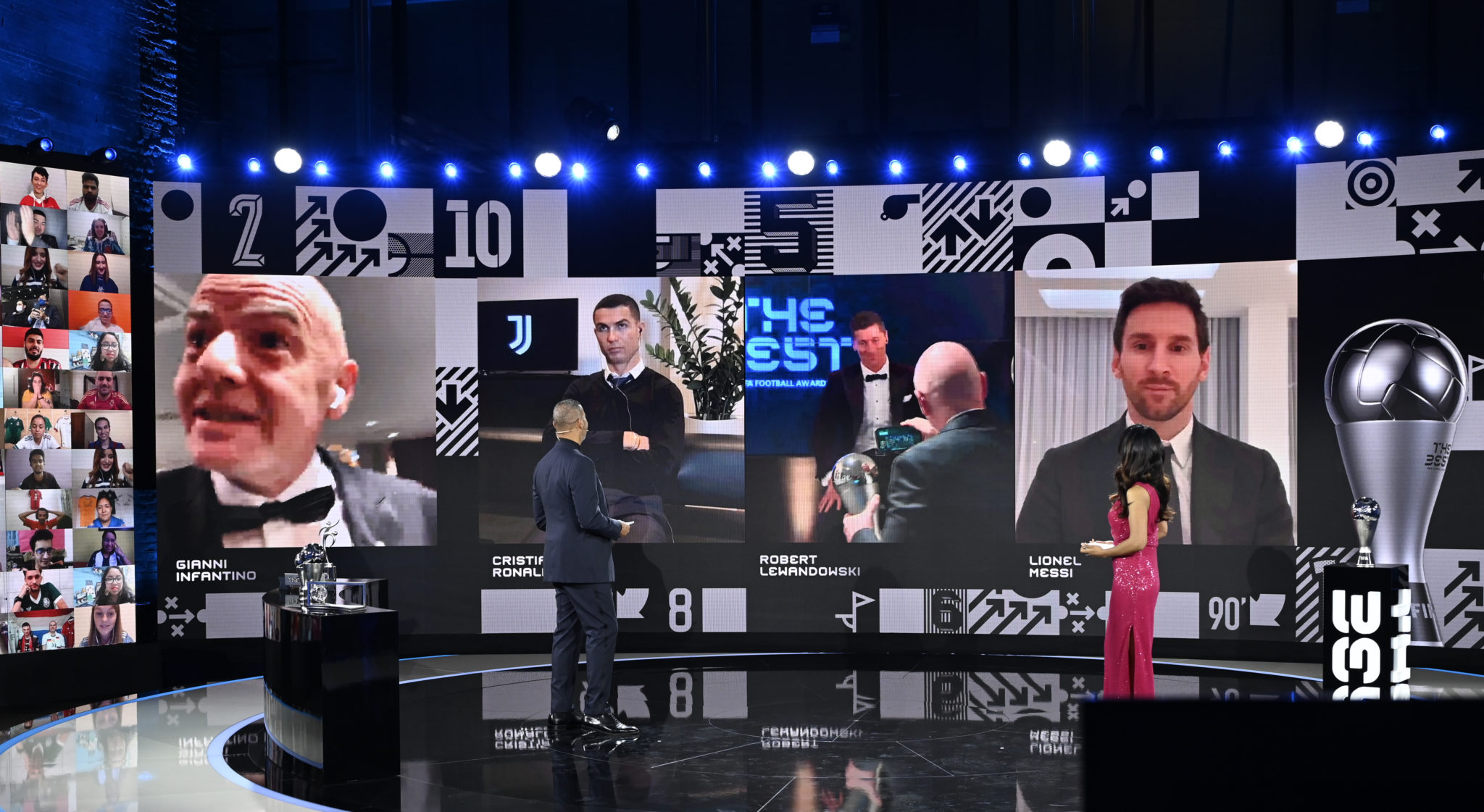 A bored-looking Ronaldo looked on via satellite as Lewandowski was presented with his award by FIFA president Gianni Infantino.

Current Netherlands - and soon to be England - head coach Sarina Wiegman was named The Best FIFA Women’s Coach for the second time in her career.

Klopp saw four of his squad named in the FIFA FIFPRO Men’s World11.

Tottenham's Heung Min Son won the Puskas Award for best goal of the year, for his effort against Burnley a year ago.

📱 Sonny gets a call from the man that made the assist...@JanVertonghen 👊#FIFAFootballAwards ⚪️ #TheBest pic.twitter.com/aIufyDrKYv

'I haven't asked him if he's happy' | Rangnick on Ronaldo situation