Klopp Says Liverpool Will Have To 'Suffer' To Stop Messi Tonight

Liverpool manager Jurgen Klopp says his side will be going up against the best player he's ever seen in the Champions League semi-finals tonight.

Klopp feels he'll side will need to 'suffer' if they're to stop Lionel Messi in the first leg of their last-four tie at the Camp Nou, the Barcelona captain has scored 46 goals in 45 games this season and netted twice in the La Liga champions' win over Manchester United in the quarters.

"Messi said before the start of the season that they wanted to bring back this cup. That sounded already like a threat to me! Now we are here, we want to go to the final as well.

"We won't be perfect, we will make mistakes, we will suffer, 100 per cent. We can't be completely free to play our game.

"I would say a draw would not be the worst result in the world, not that we go for it but it would be OK.

"So many people came to Barcelona and had a plan and in the end they got a proper knock.

"But there were a few who could really cause problems: we saw the game against Real Sociedad and they did well, Levante did well a couple of days ago." 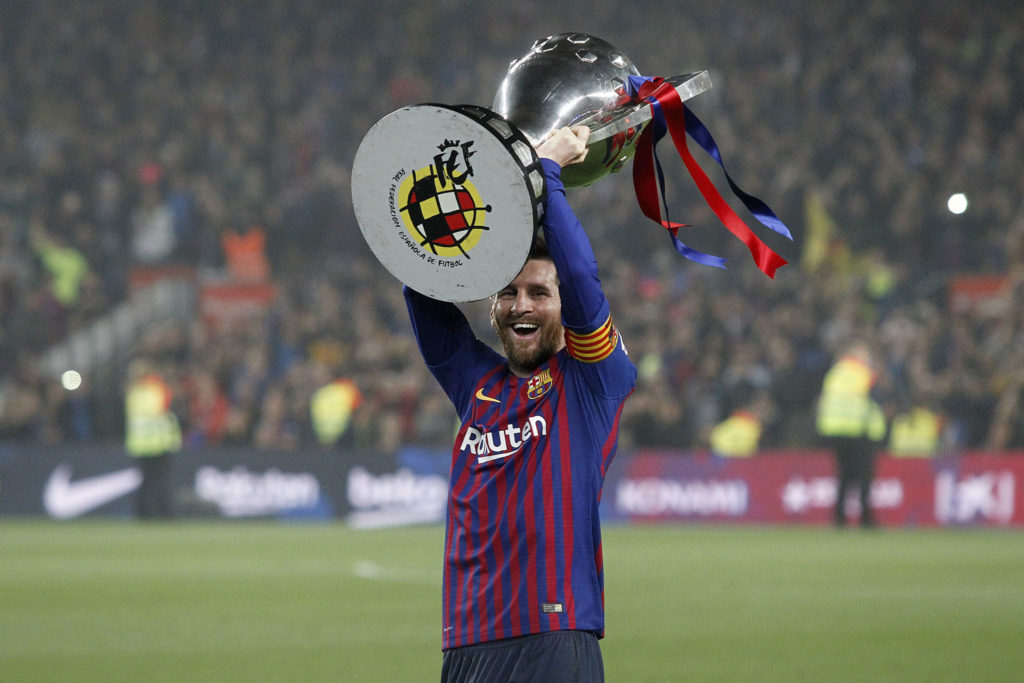 Barca midfielder Ivan Rakitic says the team are driven to win the European Cup for their captain this season.

"Leo has been a La Liga champion 10 times in 15 years and, of course, after seeing him lift the cup with such happiness, that motivates everyone.

"If Leo is happy to win every title, it makes us even more eager too. We know we're Barca, we have to give everything and following the best player in history gives us more confidence to do that."

Klopp also defended comments he made about Pep Guardiola's Barcelona in 2013, which he feels were misinterpreted by the Spanish media.

The German coach had claimed, "If Barcelona's team of the last four years had been the first one that I saw play when I was four... I would have played tennis instead".

He's moved to clarify those remarks.

"What I wanted to say was, what I most like in football is that both teams have pretty much the same chance.

"If the other team is much better you can bring them onto your level with tactics. For me, when Pep was here, they were so good and so dominant then that is not a competition. That's why I said that.

"I like the opportunity in football to use tactics, not only defensive tactics but just to make it an exciting game. That's what I thought and what I think still."

Former Ireland captain Kenny Cunningham has been looking ahead to the tactical battle tonight between Barcelona and Klopp's Liverpool.