Stephen Kenny has promoted two players from the Republic of Ireland under-21 set-up in naming his first squad as senior manager.

Brighton and Hove Albion midfielder Jayson Molumby and Norwich City striker Adam Idah have been named in a 23-man squad for the upcoming UEFA Nations League games away to Bulgaria and home to Finland early next month.

Their former under-21 team-mate Troy Parrott, who recently secured a loan move from Tottenham to Millwall, is also included by Kenny. 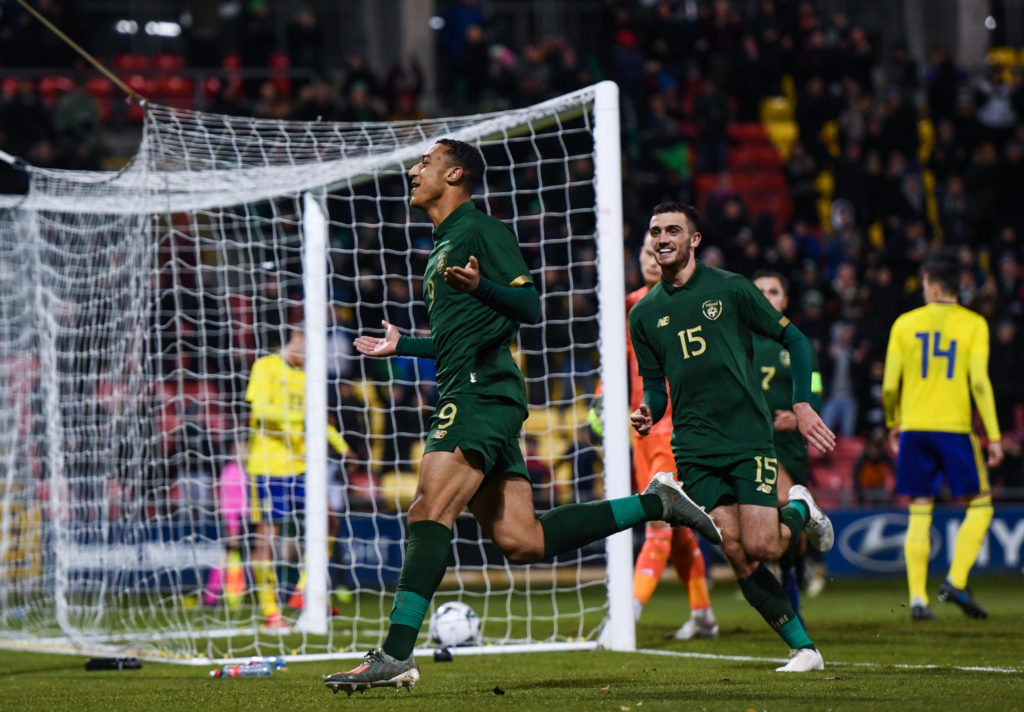 19 November 2019; Adam Idah of Republic of Ireland celebrates after scoring his side's second goal with Troy Parrott during the UEFA European U21 Championship Qualifier match between Republic of Ireland and Sweden at Tallaght Stadium in Tallaght, Dublin. Photo by Harry Murphy/Sportsfile

Sheffield United striker David McGoldrick, who recently win the FAI Senior International Men's Player of the Year for 2020, will join the squad for the Finland game pending the assessment of a long-term foot injury.

Returning to the senior squad for the first time in nearly four years is midfielder James McCarthy who this season played over 30 Premier League matches with Crystal Palace having suffered with some serious injuries over the last few seasons.

There was no place for Shamrock Rovers midfielder Jack Byrne although the Dubliner is heading into Europa League action with his club this week while Southampton duo Michael Obafemi and Will Smallbone were also overlooked despite featuring a lot for their club after the Premier League restart.

Smallbone made three starts in seven appearances for the Saints, the same as Obafemi who tweeted shortly after the squad was announced. 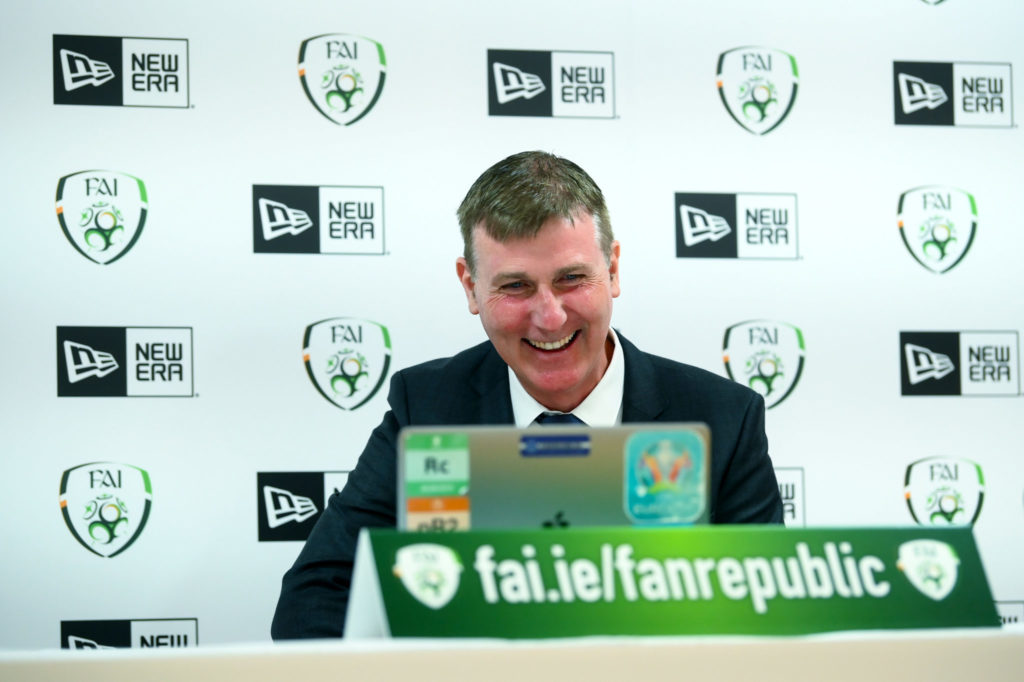 24 August 2020; Republic of Ireland manager Stephen Kenny during an interview with Sky Sports News following his squad announcement at JACC Headquarters in Dublin as the FAI unveiled a new six-year partnership with the New Era brand of headwear and leisurewear. Photo by Stephen McCarthy/Sportsfile

The squad was announced at JACC headquarters in Dublin as the FAI unveiled a new six-year partnership with the New Era brand of headwear and leisurewear.

The Irish players will meet up on Sunday ahead of two day’s training at the National Training Centre in Abbotstown before flying to the Bulgarian capital on Tuesday afternoon. Both the UEFA Nations League games will be played behind closed doors.