If his striker crisis is getting to him, Stephen Kenny is determined not to let it show.

The Republic of Ireland manager's preparations for the next trio games have been hampered by the withdrawals of Aaron Connolly and Callum Robinson.

The former picked up a low-grade thigh injury in training on Wednesday.

While West Brom striker Robinson was revealed as the player ruled out through a COVID-19 infection.

Between infections and suspected close cases, Kenny was deprived of eight players for last month's visit of Wales to the Aviva.

And given the nature of how Connolly and Adam Idah missed the Euro 2020 playoff with Slovakia, does the manager feel cursed? "No, absolutely not. This is the way of the world at the moment.

"People are saying a vaccine is imminent, and 90 per cent proof, all those sort of headlines have been in recent days. Hopefully this situation is temporary throughout the world.

"In Callum's case, he just came in and under the first test was tested positive, so he wasn't feeling unwell as such, it's just unfortunate for him really." 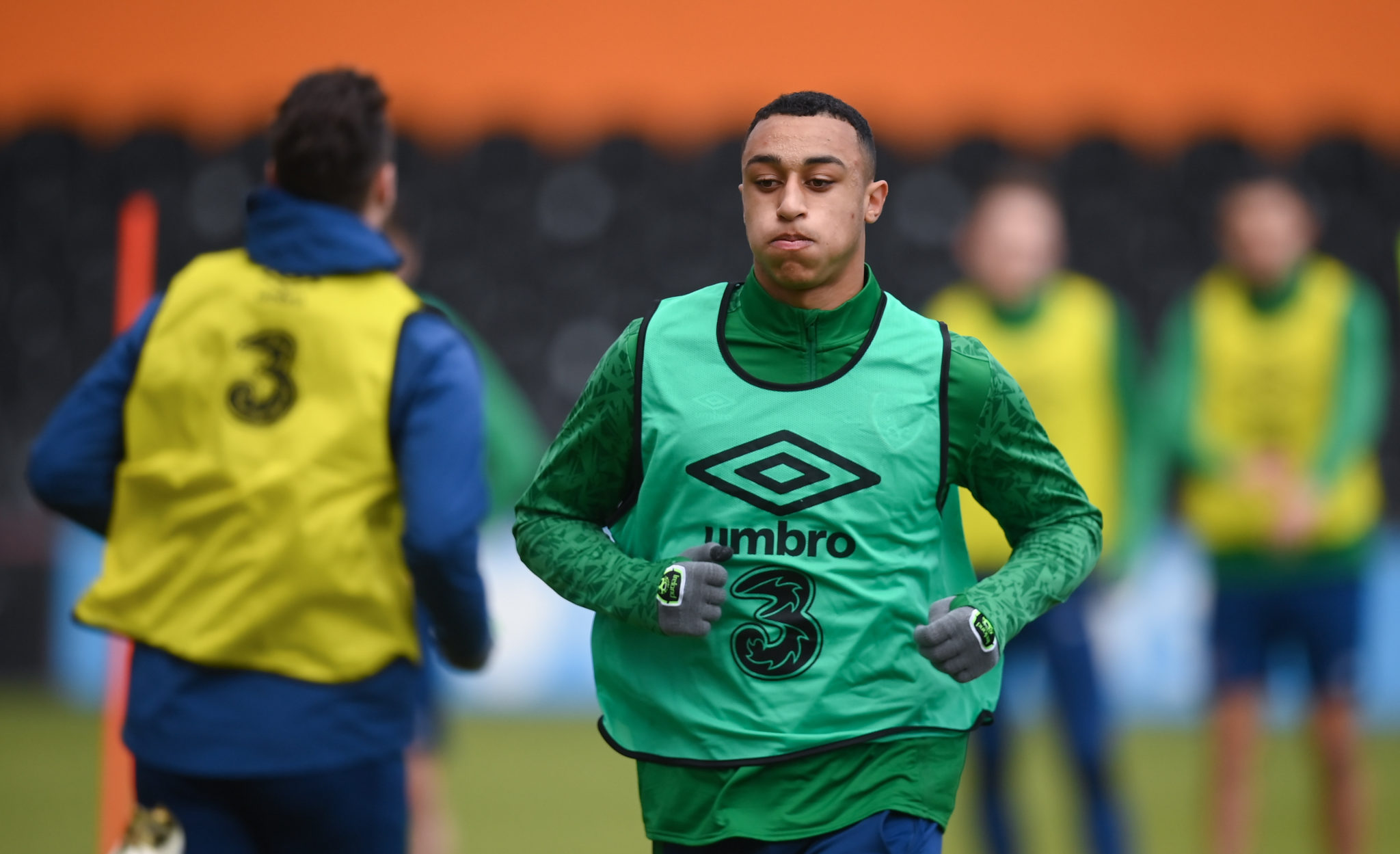 10 November 2020; Adam Idah during a Republic of Ireland training session at The Hive in London, England. Photo by Stephen McCarthy/Sportsfile

Adding to the frustration is the manner of Connolly's injury.

He'll likely be fit in time for Brighton's first game back after the international window away to Aston Villa.

"It is very frustrating. Aaron will be a terrific player for us, for Ireland," Kenny told his pre-match press conference.

"The frustrating part of Aaron's injury is that he'll only be ruled out for ten days. It just so happens that we have three games in that period.

"It's a very minor, grade 1, hamstring strain that will only rule him out for a short period.

"It was just a deceleration in a training game, and it's just very unfortunate for Aaron.

"That's the way it goes, but it opens opportunities. Adam Idah comes into the picture, and Ronan Curtis and James Collins."

Looking ahead to next year's World Cup qualifiers, Kenny dropped the names of Troy Parrott and Michael Obafemi. He wants to see them gain more game-time before reintroducing them to the senior set-up.

And the manager cleared up the mystery regarding Shane Long's absence from the squad.

The last Irish striker to score at Wembley wasn't included in Kenny's original squad of 26, and Preston's Seani Maguire received the call when bad luck befell Connolly and Robinson/

So what of Long? "We checked availability on players, Shane was not available actually," was the reply.

"He was in a collision in Southampton training, and he was ruled out actually, he wasn't available at short notice because of the knock he got."