Connacht head coach Andy Friend feels it was the right decision to keep the first leg of their Heineken Champions Cup last-16 tie at the Sportsground.

It had been suggested that the western province could seek to move the inter-pro European clash to a bigger venue, having opted to face Ulster in the URC at the Aviva Stadium earlier this season.

But Friend says having the match in Galway will all them to fully utilise their home support against last year's PRO14 champions.

"We've got a tremendous supporter base here and I think it's really important to back our supporters and to have the game here so they can come and enjoy it," the Australian told this morning's OTB AM.

"I was really glad when I read that it was the decision because it is the right decision. This is our home, this is where we want to play. We've got the first leg of two here, let's have a red-hot crack at them and see where we go from there." 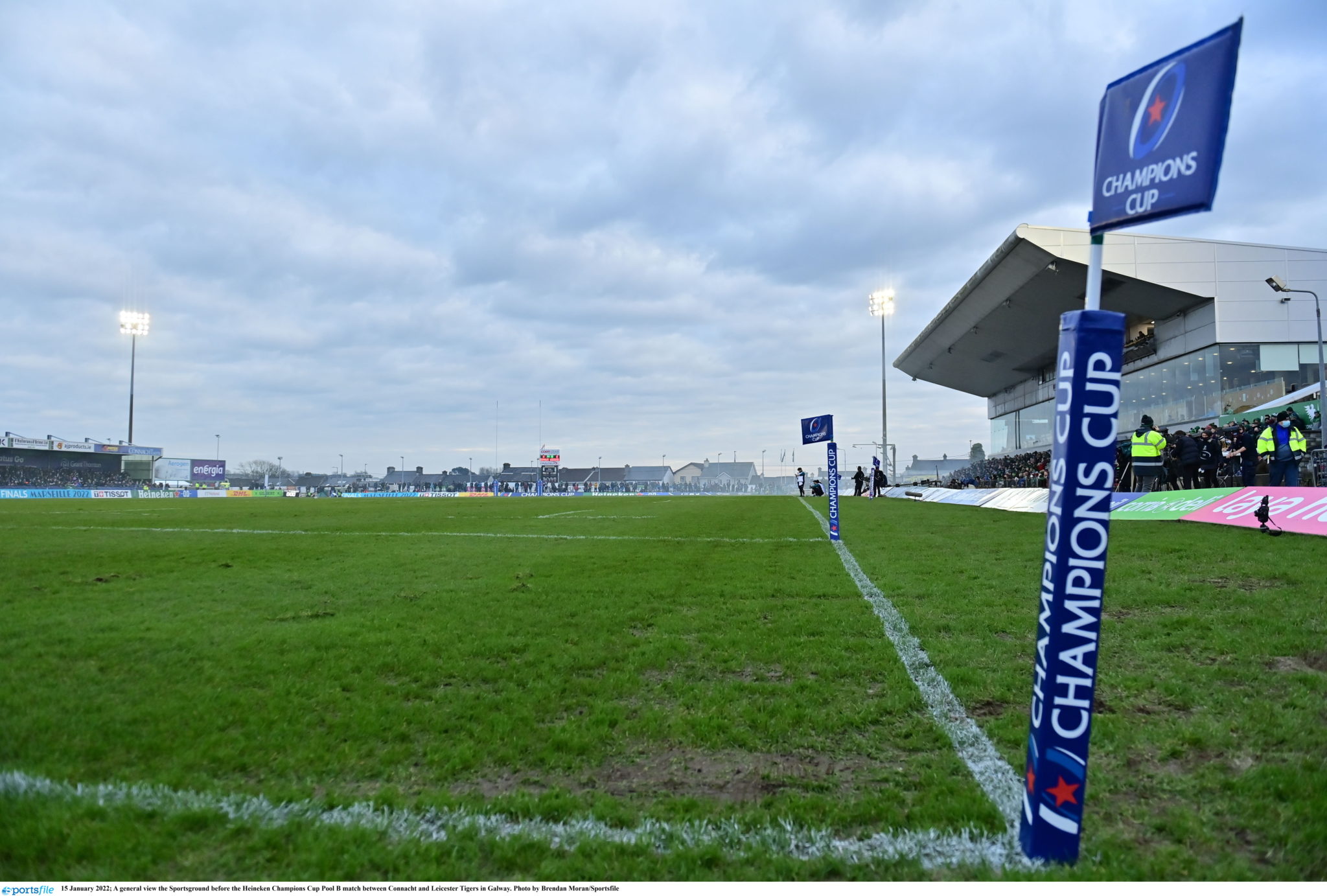 15 January 2022; A general view the Sportsground before the Heineken Champions Cup Pool B match between Connacht and Leicester Tigers in Galway. Photo by Brendan Moran/Sportsfile

New pitch at the Sportsground

Munster legend and La Rochelle coach Ronan O'Gara feels Connacht's style is suited to faster surfaces and Friend believes having a 4G pitch at the Sportsground next term will help his team.

Work is due to begin on the installation of the artificial pitch this summer as part of Connacht's 30m Euro revamp of the venue and Friend is hopeful it'll be completed in time for the new campaign.

"It's the right thing for us because that's the brand of rugby that we want to play. You saw that at the weekend when we were on a fast pitch in Paris, that's the style of rugby we'd like to play.

"That 4G pitch will be coming in here and hopefully it'll be ready for the start of next season. It's very exciting for all of us."

Jack Carty: How I learned to stop worrying and love the game