Rory McIlroy has spoken of his pride at the cumulative length of time he has spent at world number one, as he prepares to get his Players Championship defence underway tomorrow.

The Down star is seeking to become the first person to defend golf's unofficial 'fifth major' at TPC Sawgrass.

McIlroy has now spent 100 weeks of his career at the summit of the world rankings - with only Tiger Woods and Greg Norman having more time at the top.

Woods spent an incredible 683 weeks at the top, and McIlroy says that achievement seems all the more incredible to him now.

"I'm very proud to think that I've spent two years of my career at the top of the world rankings, which is a pretty nice feeling.

"I mean, it's just unbelievable. I just don't think anyone can speak highly enough of what Tiger did over that stretch of golf. It was just insane.

RT if you sang that 😏 pic.twitter.com/CdaMyLdX4q

"The way I got to No 1 this time was sort of anticlimactic, there wasn't much of a fanfare. I got there through a mathematical algorithm more than anything else, but I still made sure to celebrate it and celebrate the milestone.

"I hadn't been in this position for over four years, so on the Sunday night of Riviera, I went out and made sure to have a couple of drinks with Harry and a couple of my friends."

The Holywood native has also spoken highly of caddie Harry Diamond, who has worked alongside him for almost three years.

"Harry took over that caddie position in the middle of 2017 and basically we've been on that journey together, from injuries and not playing my best, all the way back to the top of the world. So it was important for me to sit down and have a few drinks with him.

"This was our journey and we did it, two guys that grew up in Holywood, Northern Ireland, playing golf together, and that we've done this is something that was really cool." 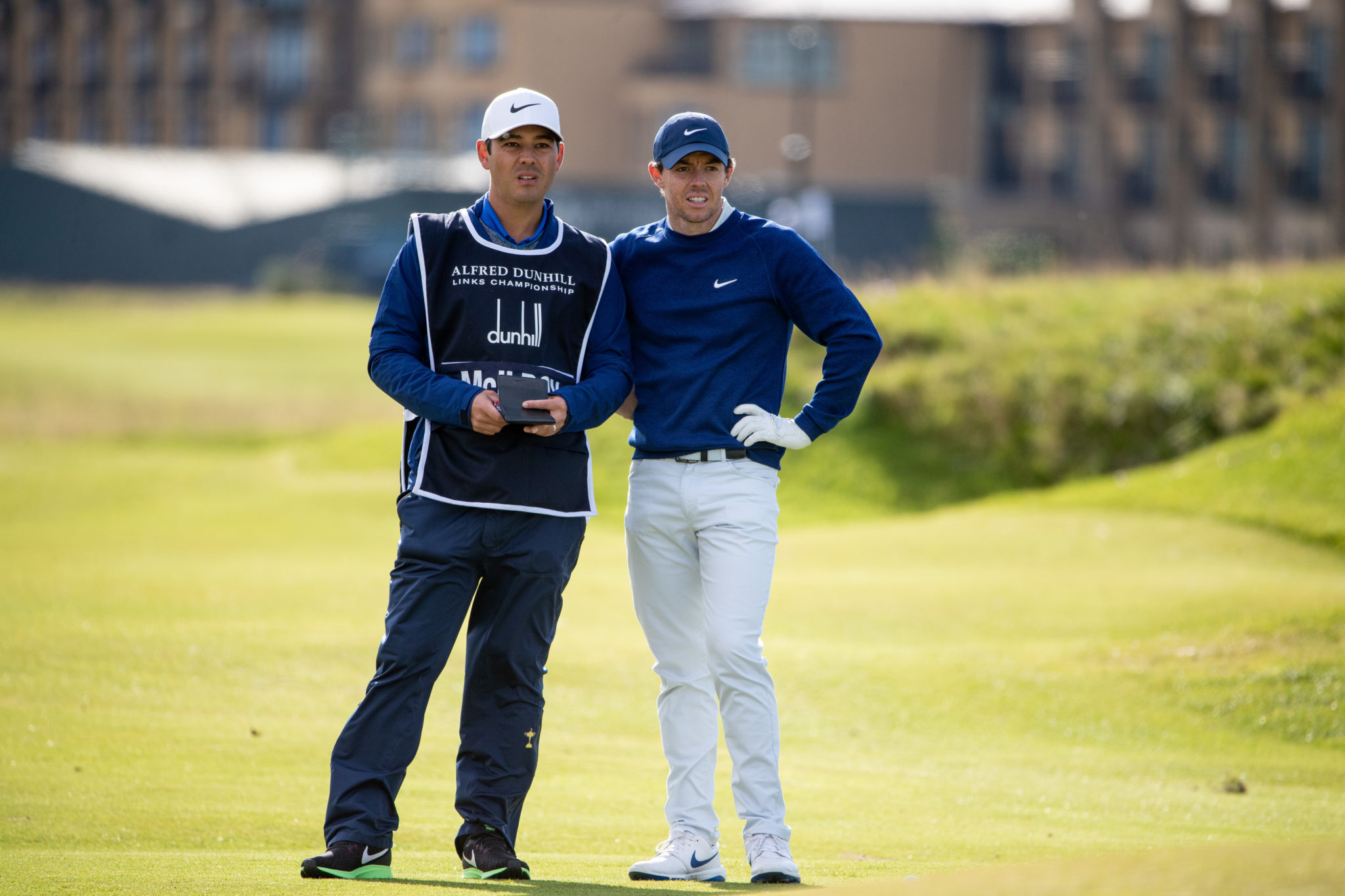 Rory McIlroy with his Caddy Harry Diamond at the 4th hole during day three of the Alfred Dunhill Links Championship at St Andrews.

Thirty-year-old McIlroy has finished in the top five in each of his four tournaments so far this year, but he still feels he has areas in which he can improve.

"I made triple-bogey at Riviera early on Sunday, and I made the two double-bogeys on the front nine last week. Just real untimely, poor shots.

"When the courses are playing that firm and that fast, those are the tiny little margins that make the difference. Maybe just dialling it back that five percent instead of trying to play the perfect shot to hit my next from, being okay with the 80-yard shot into the par-five, or the 40-foot putt below the hole. They're the things that make the difference, I guess."

McIlroy will tee off his opening round at The Players Championship in Florida tomorrow afternoon alongside Spaniard Jon Rahm, and three-time winner last year Brooks Koepka.

WATCH: Koepka reveals origin of DeChambeau beef ahead of The Open