Kerry senior football manager Peter Keane has made two changes to his starting XV for Sunday's Super-8 meeting with Donegal at Croke Park.

The Kingdom can put one foot in the semi finals with a win at HQ, following last week's impressive 1-22 to 0-15 win over Mayo in Killarney.

James O'Donoghue only managed a single score in last week's game, and drops to the bench on Sunday to be replaced in the forwards by Graham O'Sullivan.

The other alteration sees Jack Sherwood named to start in midfield, with Shane Enright missing out.

Given Keane's fondness for late changes, this starting XV must be taken with a healthy pinch of salt. Enright, Gavin Crowley, Adrian Spillane and James O'Donoghue all started last week having been initially named on the bench. 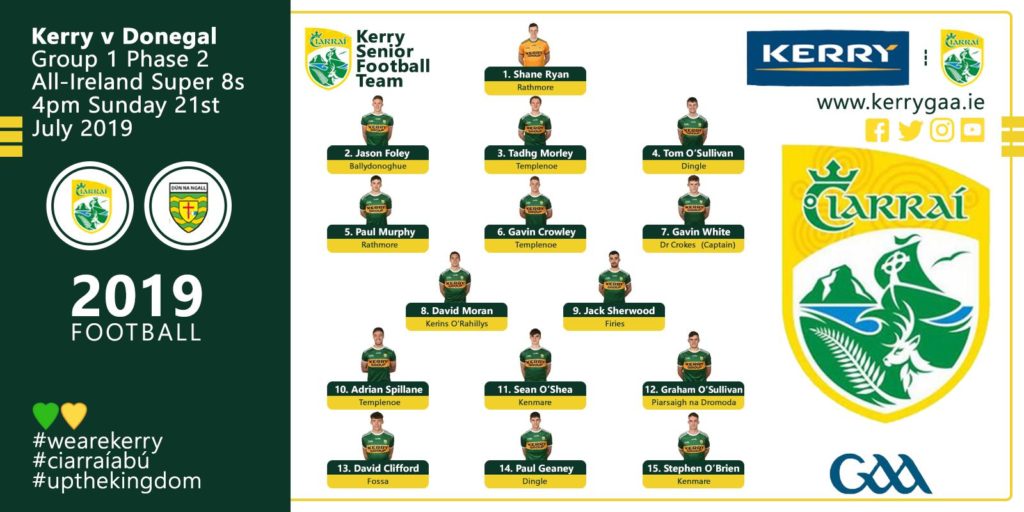 The Kerry manager hasn't revealed his bench for Sunday's meeting with a Donegal side who put in a strong second half to beat Meath 2-19 to 1-13 in Ballybofey last time out.

Donegal are without Eoin Bán Gallagher for Sunday's game. The Killybegs defender sustained a broken ankle in training this week.