Israel Folau has reached a settlement with Rugby Australia over his dismissal for a homophobic social media post.

The former Wallabies full-back had been suing RA for A$14m (€8.6m) after having his contract terminated in May.

Folau, a Christian, argued that the termination of his contract was a case of religious discrimination.

He was sacked for saying "hell awaits" gay people, after previously being warned over his social media posts.

A statement from Rugby Australia read:

"Rugby Australia, NSW Rugby and Israel Folau have today settled their legal dispute following the dismissal of Israel Folau after he posted a religious message on social media.

"Mr Folau wants all Australians to know that he does not condone discrimination of any kind against any person on the grounds of their sexuality and that he shares Rugby Australia’s commitment to inclusiveness and diversity." 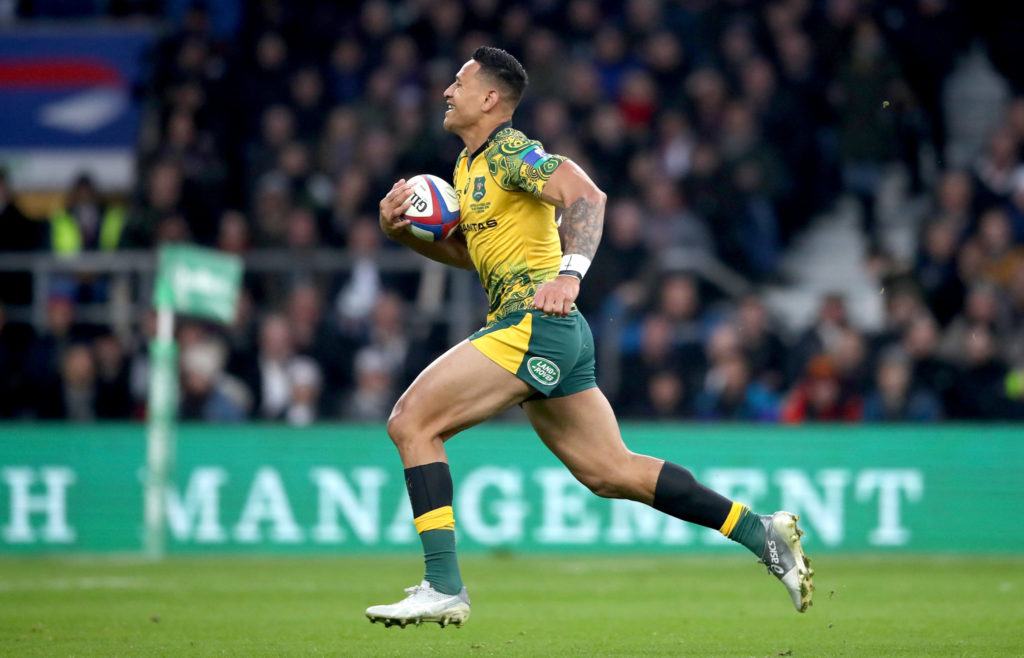 The statement goes on to say:

"Rugby Australia and NSW Rugby do not in any way agree with the content of the Social Media Post. Inclusiveness is one of Rugby’s core values and it welcomes all people to the game, including all members of the LGBTI community.

"Rugby Australia and Mr Folau wish each other well for the future. The Parties do not intend to comment further on the terms of their settlement as it is confidential."

Both parties apologised for "any hurt or harm caused" but the terms of the settlement have not been revealed and it is unknown if Folau will return to the Wallabies.