Ireland's tour of Fiji cancelled due to COVID-19 uncertainty

The IRFU has confirmed that Ireland's planned tour of Fiji this summer is off due to uncertainty around the COVID-19 pandemic.

Irish rugby's governing body say a recent coronavirus outbreak in Fiji and resulting lockdown has "increased the level of risk and it is no longer viable" for the series to be played.

The IRFU is now in talks with other unions about organising games during the international window in July.

"It is incredibly disappointing that we are not now able to tour Fiji," Ireland head-coach Andy Farrell said.  "It would have been a tough rugby challenge against an excellent Fijian side and a huge opportunity for us to develop as a group and build on the progress made during the past year.

"Touring is such an invaluable experience in terms of what we learn about the group and that is why the IRFU worked tirelessly with Simon Raiwalui, the high performance general manager of Fiji Rugby to make the tour a reality and it is such a shame that it can now not go ahead.

"We will be looking to source alternative fixtures and we hope to have them nailed down in the coming weeks. " 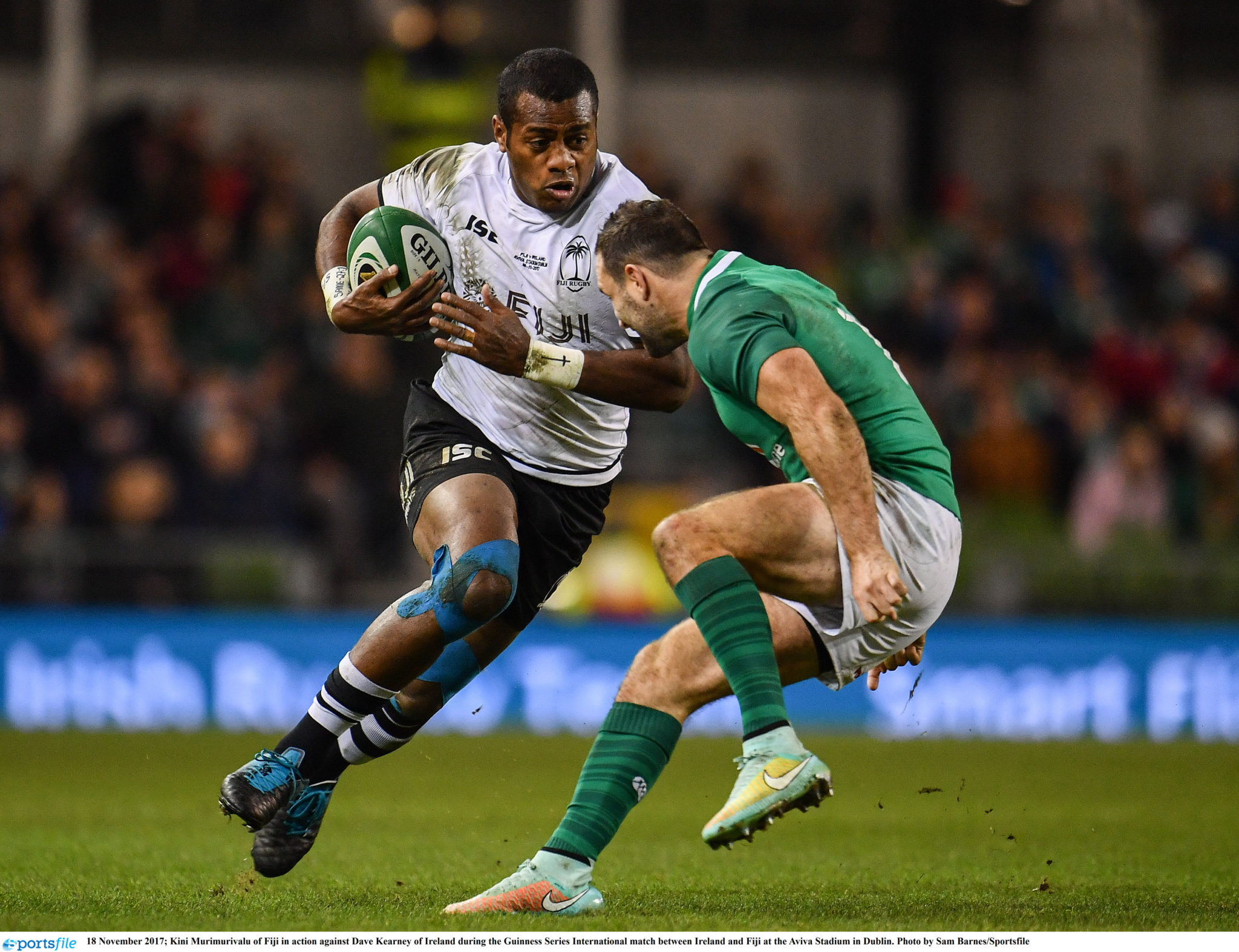 Photo by Sam Barnes/Sportsfile
The IRFU's Performance Director David Nucifora is also disappointed that the planned tour won't be going ahead.

"A great deal of effort has gone into the planning of the Tour which was predicated on a safety first approach. Fiji up until this point had been relatively untouched by the pandemic but that picture has quickly changed and unfortunately it is no longer viable to proceed with the tour.

"The rugby challenge in Fiji would have been formidable and would have exposed our players to the athleticism and skillset that the Fijians are famous for. It would have provided a significant developmental window for the national group considering that they also missed out on a summer tour in 2020.

"I would like to thank the Fijian Rugby Union, the Fijian government and World Rugby for their support over the past few months and I have no doubt it would have been a successful and fantastic touring experience.

"We will continue to explore alternative arrangements with our partner Unions."

Fiji's test with Italy cancelled due to overwhelming COVID-19 cases