Katie Taylor may have the quickest hands in Bray, but Darren Randolph can’t be far behind. Made half a dozen saves to keep Ireland in the game and could do nothing for the goal.

Clearly fired up by Danish criticisms ahead of the game. Caused the Danish defence
problems with some powerful runs forward, was calm in possession and rarely troubled
defensively. Also managed the referee well.

His battle with Poulsen was one of the more intriguing aspects of the first half, set the tone early on with some bone crunching tackles. Looked strong defensively but struggled to link up with McClean and offered little when he had the ball.

The Derry Destroyer. A totemic centre half performance from Duffy was rewarded with his third
international goal. Always a threat in the opposition box, Duffy put his body on the line again and again, timed his tackles to perfection and proved again that he’ll be the natural  successor to Seamus Coleman as Ireland captain. 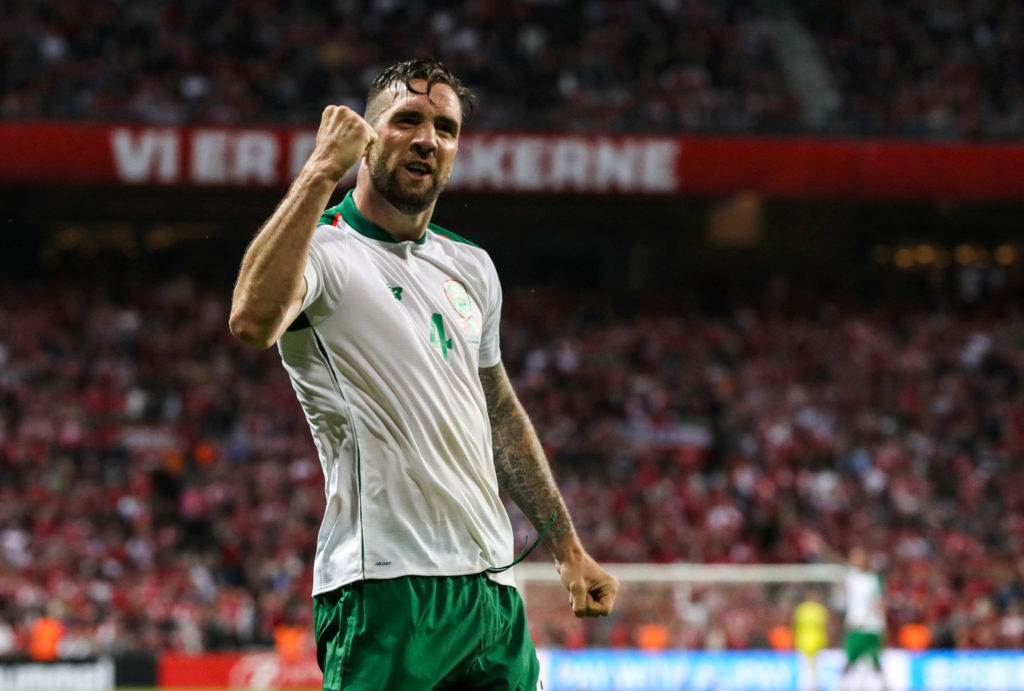 Once again overshadowed by his centre back partner and his lapse for the goal clouded an
otherwise solid performance.

Glenn Whelan did what Glenn Whelan does. Will be satisfied with his performance, shielded the back 4 as well as he could but this was always going to be a tough night for the 35-year-old.

Frustrating night for Hendrick, his touch seemed slightly off but showed good maturity in refusing to let the game pass him by. Aggressive in his tackling, helped support a solid defensive platform on the Irish right.

A delicious delivery in the first half almost created a goal for Duffy as Hourihane once again showed his quality at set pieces. Lots of tidy touches but struggled to make an impact in general play. Subbed off on 81.

One lovely piece of control almost set Coleman away for an early chance but unsurprisingly, for a player who had only started one game for Burnley since the win over Georgia, looked rusty and was guilty of being sloppy in possession.

Needs regular first team football to hold off O’Dowda on the right-hand side. Subbed off on 65.

Struggled to make any sort of an impact on the game. Effort will never be questioned but
offered little in possession of the ball, bar one shot that was saved by Schmeichel. His three-year run as an automatic starter will come into focus after this performance.

Away games will never be easy for an Irish striker but McGoldrick put himself about and
grew in influence as the game went on. Should keep his place for Gibraltar on Monday when he chances should be plentiful.

A player with no luck. Superb delivery for Duffy’s goal but ended up breaking his wrist just moments later. Should feature again in the autumn.

Not on long enough to rated.

Not on long enough to rated.