"There was positives and negatives," Peamount's Duggan said of Ireland's tactics against the Danes on tonight's Off The Ball. "Obviously we kept Denmark to one goal.

"They did create a lot of chances but there were bodies in the way, people putting in a really honest effort and getting back behind the ball.

"There was a lot of support for the defence but where we struggled was when we were trying to get out. I like the formation when you're playing an attacking team, when you get your wing-backs up really high.

"They can get up there and with your two strikers you've four up top but today was never going to be a day for that because Denmark were going to dominate possession.

"We weren't able to get out because we were lacking that number 10 or wings outlet. I think it showed this is a formation we can play if we want to apply a low-block against a team who are superior against us but if we've ambitions to get forward and get goals then I'm not sure that's the right system for us." 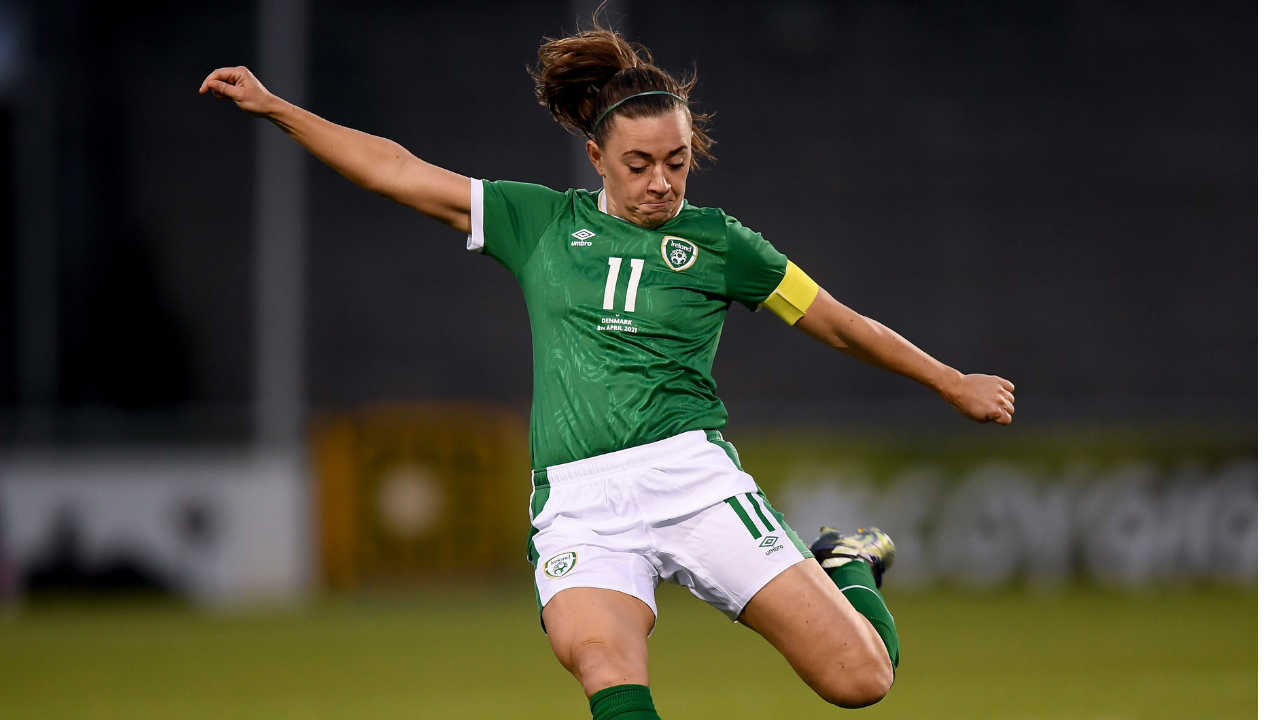 Captain Katie McCabe played in the full-back tole which she's accustomed to at her club Arsenal but Duggan feels the Dubliner would be better used in a more central position at international level.

"I think we are lacking that one creative player in a central position. For me, that player should be Katie McCabe.

"Katie is obviously doing wonderful things at Arsenal in that wing-back position and I think she has the most assists in the WSL this season but in Ireland we're not blessed with the same quality of attacking talent.

"I'd prefer to see her further up the pitch.  I'd like to see her be given a free role because we're expecting an awful lot for her to defend and also get up and support the attack.

"We're lacking that number 10 to make things happen and I think Katie McCabe is that player."