Former Republic of Ireland winger Stephen Hunt is urging supporters to be patient with Aaron Connolly in the wake of last night's loss to Portugal.

The Brighton attacker endured a frustrating night in Faro and snatched at a good chance to fire Stephen Kenny's side in front late in the first-half.

Connolly has only played 45 minutes for his club Brighton this season and Hunt feels the 21-year-old will improve his composure in time.

"I'm not worried about his ability," the Waterford-native told Nathan Murphy on tonight's Off The Ball.  "It's very much a case of a young lad trying too hard, having not had enough games at international level.

"He doesn't feel as composed yet as he does for his club Brighton. I've seen him score some good goals for Brighton and put in some good performances where he's not snatching at things.

"He had a back header at goal when he was about six yards out, a calmer and more experienced Aaron Connolly would have probably taken that down and tried to have a better shot at goal."

Hunt expects Connolly to retain his place against a "not bad outfit" in Azerbaijan at the Aviva Stadium on Saturday evening, a game you can hear live on Off The Ball.

"We have bright players, they can adapt if needed. If we have to switch to a back four then so be it. Hopefully we get a win by a few goals to help get the returning Irish fans back behind us and back rocking again." 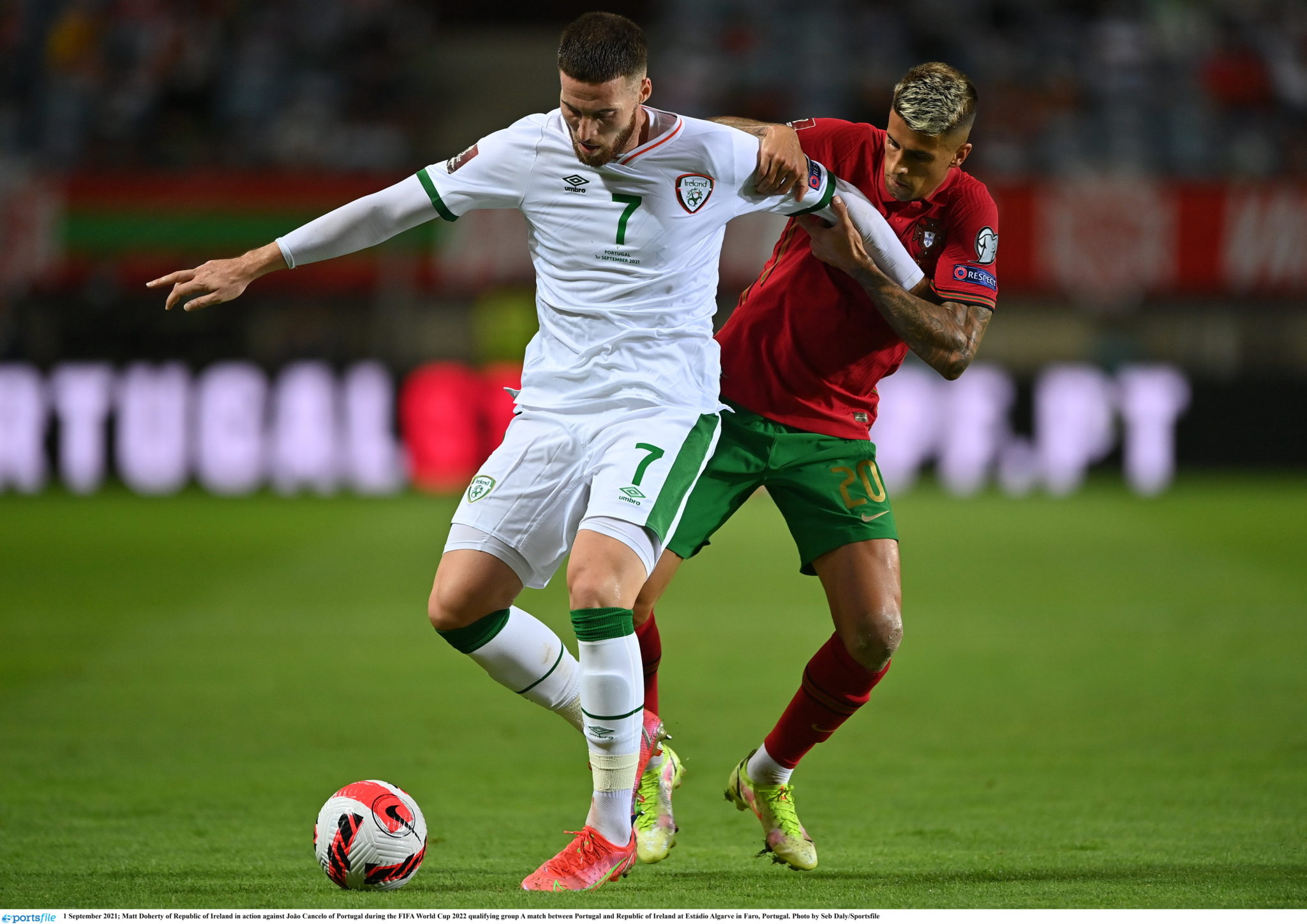 Tottenham defender Matt Doherty has been praised for his all-action performance at left-wing-back last night and Hunt feels it was the Dubliner's best showing at international level to date.

"I feel like sometimes I'm Matt Doherty's dad, I'm his biggest fan! Matt Doherty defends in a way very similar to how John O'Shea defended. They never dive in, remain composed and wait for the attacker to make a mistake.

"He defended in the right angles last night and got himself into positions where he was always in line to be able to stop the cross while also being in position to try and knick it back.

"He had the comfort last night of being able to come inside on his right foot, playing it inside and the going again. The season which really defined him, he was playing at left-wing-back for Wolves. Yes it was in League One but he could a lot of confidence from that season.

"I think he'll have a bounce back after last season at Spurs, Nuno (Espirto Santo) will help him feel a part of the team, where Jose wanted him to defend more aggressively.

"Stephen and the Ireland management team recognise his personality and know how to get the most out of him. I think he's in a good place at international level right now." 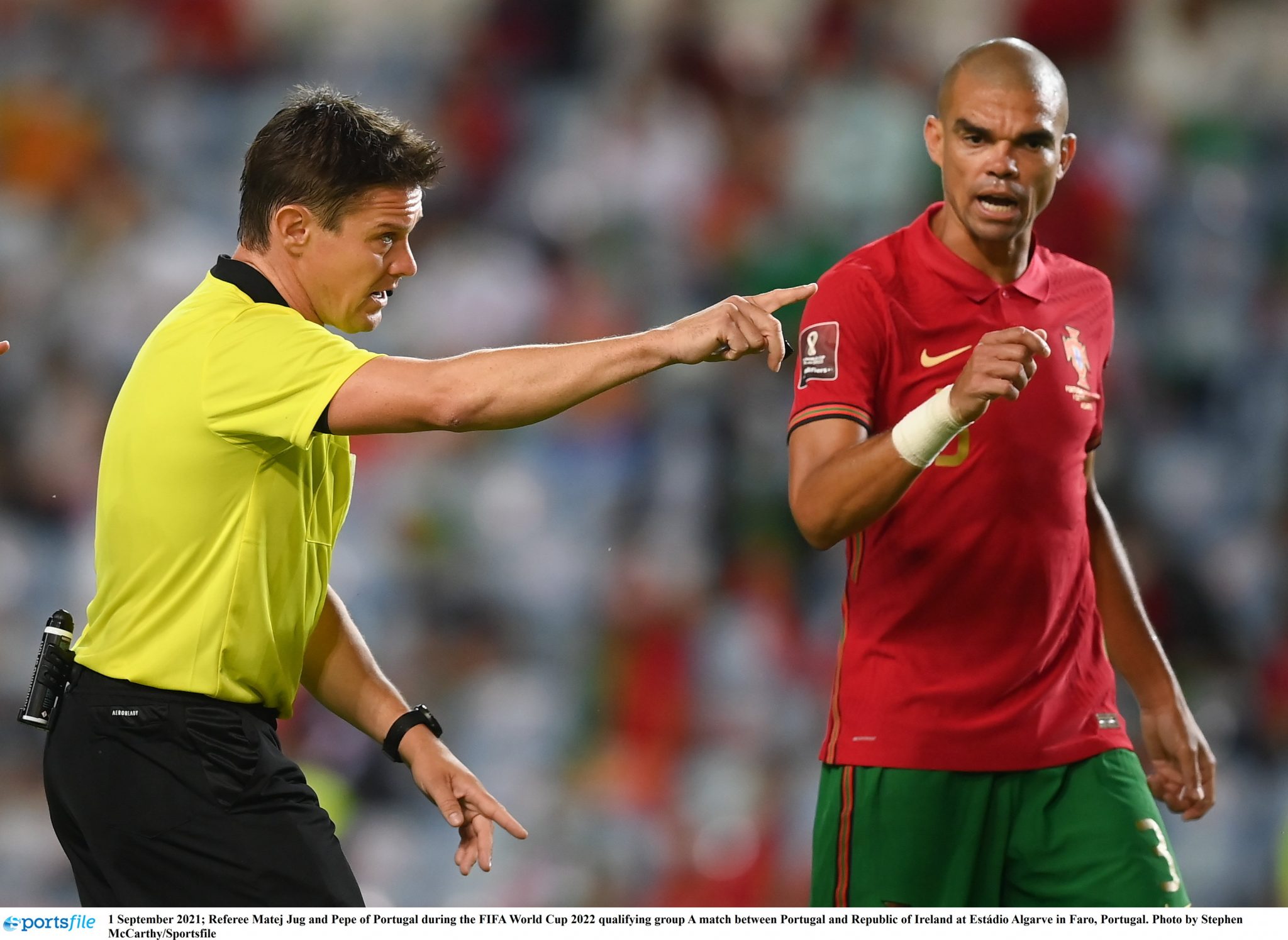 Worse refereeing than the Henry handball

Former Germany international Didi Hamann said after the game that it felt like “something wasn’t right” about the decisions made by the officials in Faro, while manager Stephen Kenny was left frustrated that referee Matej Jug didn't give his side a free kick late in the game.

Jug also failed to award Aaron Connolly a penalty in the second-half after awarding a spot-kick to the hosts early in the game for a Jeff Hendrick foul on Bruno Fernandes.

Hunt felt the penalty shouldn't have been given, because the officials took so long to reach on a decision on the incident.

"If you spend 2-3 minutes looking at it and still give the penalty, you can't be sure. If you look at it once or twice and give the penalty then fair enough. But it almost looked like they were looking for angles to give Ronaldo the penalty.

"That's a real shame to say but that's how it felt on that situation. For me, it wasn't a penalty. Then you go to the possible sending off incident.

"Was it a sending off? No. Dara O'Shea goes down a little bit easily but in the letter of the law he (Ronaldo) raised his arm. We wouldn't want a player sent off for that if it was it was. He hit him in the shoulder, it was a bitch slap, and that's all it was.

"But VAR didn't even review it, that was the disappointing thing, they completely ignored it. It was shocking.

"It was a worse refereeing performance than the (Thierry) Henry handball (in the World Cup playoff in 2009), because back then the referee had no VAR.

"It was really disappointing for the lads on the night because with how they played, they deserved to win."