John Egan has become the latest senior Republic of Ireland player to join the love-in for Chiedoze Ogbene.

The Rotherham United winger's acrobatic leveller against Belgium on Saturday was his third international goal in five matches.

The sum of his efforts at the Aviva saw Ogbene rewarded with the man of the match accolade, and his captain Seamus Coleman saying, "First and foremost to me, credit to his parents for the way they brought him up. He's an absolute star.

"Great lad around the place, respect, manners. He's happy to be here and working hard. An absolute diamond.

"You can see he would do anything for his country by the way he performs."

A lot of these attributes were of no surprise to Egan, who was briefly a teammate of Ogbene's during their time together at Brentford.

The Corkman joined The Bees from Limerick in 2018, but managed just nine appearances - and a loan at Exeter - before bouncing on to Rotherham 18-months later.

"I was there when he signed," Egan said of their short time as club teammates, "So I already knew what Chio was all about before he came into the [Ireland] squad back in the summer. 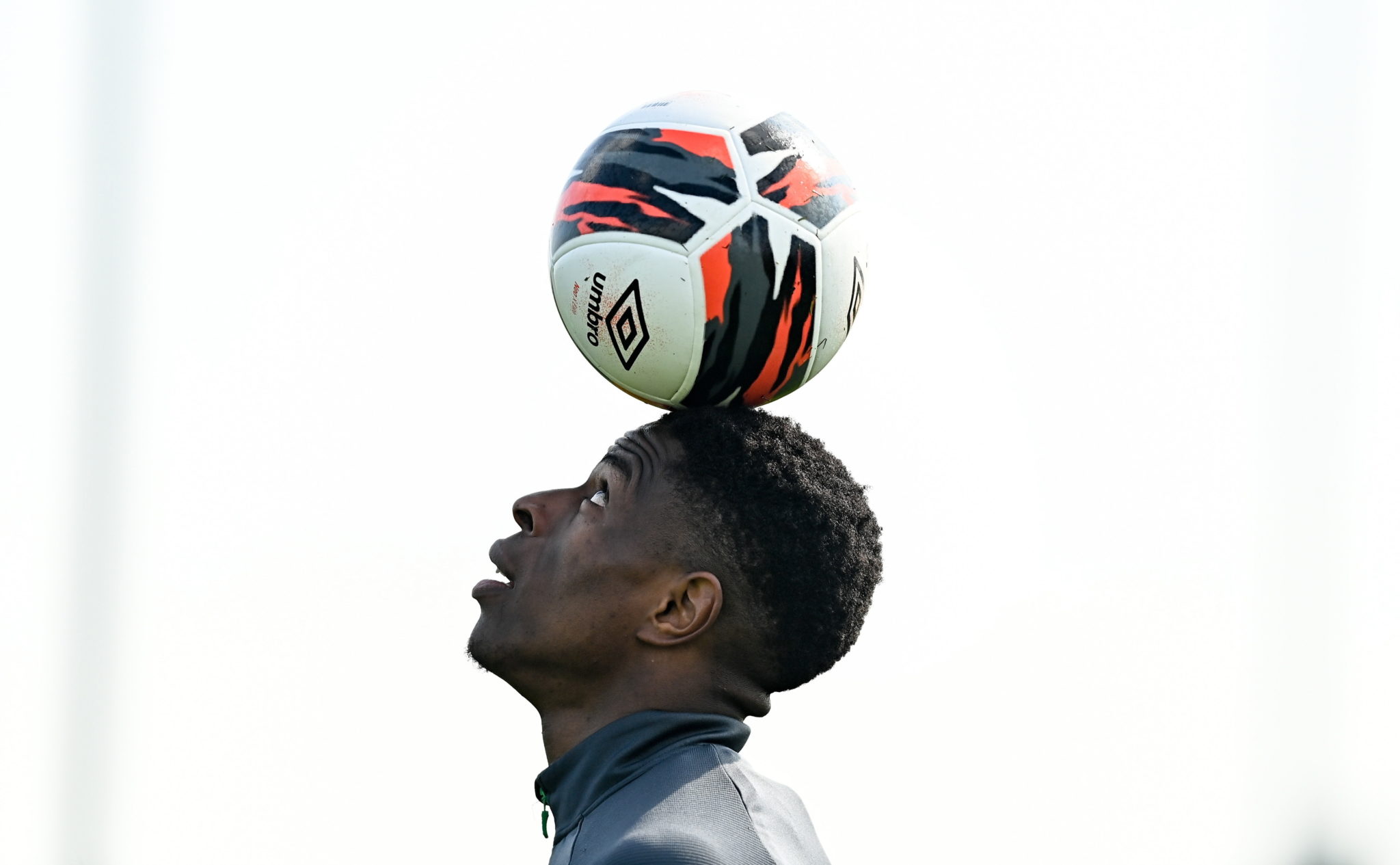 "He's been a breath of fresh air - on and off the pitch. He's a special person. He's really humble, really hard working.

"He came in, got his chance [and] grabbed it with both hands. It's been fair to say his performances have been unbelievable since he's come into the team.

"Another goal on Saturday will only do him the world of good for his confidence. He's a really top man, and he's showing everybody what a top player he is."

While he was full of praise for Ogbene, Egan conceded some tweaks needed to be made to their defending ahead of the visit of Lithuania.

Both goals scored by the Belgians were preventable, with set-piece defending particularly askew for their second, which came from a corner.

Addressing the malfunctions Egan said, "We've looked back on it. Obviously we pride ourselves on defending, and especially defending set pieces.

We haven't conceded a load of goals, so that was a negative from our point of view. Something that we definitely looked back on, and analysed it to try and make sure it doesn't happen again.

"I think Belgium overloaded the box a bit, we'd to pull Chio out of the six-yard box. On the pitch, as senior players - senior defenders - we should have been more alert to it and made our set-up a bit better.

"Hugely disappointing to concede from a corner in a game that I thought we probably could have gone on to win. So, something that we've to learn on for the next one."