'We got chips and sausages!' | Tommy Walsh on his favourite All-Ireland final day

Tommy Walsh won 9 All-Ireland senior medals with Kilkenny over the course of his career, so on tonight's show we thought we'd find out which was his favourite.

The Tullaroan man even won a club All-Ireland earlier this year, but surprisingly his favourite All-Ireland final day experience was not one of his own successes.

Clare went into the 1995 All-Ireland final with a lot of pressure on their shoulders, and against a fancied Offaly side that had a forward line to strike fear into most other counties.

Ger Loughnane's Banner outfit went on to win that day though on a 1-13 to 2-8 scoreline, and with the Mini Sevens on before, a young Tommy Walsh earned his first taste of playing on the hallowed Croke Park turf.

"I suppose you were talking about memories, and the first time I ever played in Croke Park was the '95 All-Ireland. Clare won it for the first time in was it 63 years?

"I was playing in the Mini Sevens - to put it in perspective, in Tullaroan at the minute there are two boys in sixth class, in our class in sixth class we had 16 boys.

"We were strong at hurling as well. If you won the Mini Sevens at that time you get to go on and play in a regional Mini Sevens, we won the Kilkenny one and a panel of ten of us played below in Wexford.

"Three of us were lucky enough then to go on and get picked, I was twelve.

"We got chips and sausages, that was our pre-match meal in some school up in Dublin. Delighted with life...

"Jack Boothman was the President [of the GAA], a lovely man, the people's champion really. I remember Jack came down talking and we were delighted he was talking to us, and then he started eating all my chips. So I wasn't too happy with him then!

Wearing the Banner jersey during the game was also a useful bonus, and Walsh says everyone playing was just keen to get as many touches on the sliotar as possible.

"I was playing 'for' Clare, so I remember everytime you hit the ball the crowd went bananas, I was full-back... it was just phenomenal, absolutely incredible.

"We had hot chocolate and scones - we pigged out beside the lake!"

Tommy Walsh calls for people in Ireland to 'find other ways of living' during this crisis.

"The final was great then, Clare went on to win it. There were so many memorable things and memorable players about that day.

"You had [Brian] Lohan, Anthony Daly, Davy Fitz, Ollie Baker, Fergie Tuohy, 'Fingers' O'Connell, you know they were all there, all these legends... Jamesie [O'Connor], you know, the darlin' from Clare. It was just unbelievable to be part of it really."

But of all those players, it's the current Clare senior hurling manager that stood out to a young Walsh.

"Lohan was inspirational really. I was only looking back at a clip about half an hour ago of that final and when they clear a ball... back then if you got the ball at full-back, you drove it the length of the field. You tried to bury it back to Clare, or back to Kilkenny, or back to Cork. 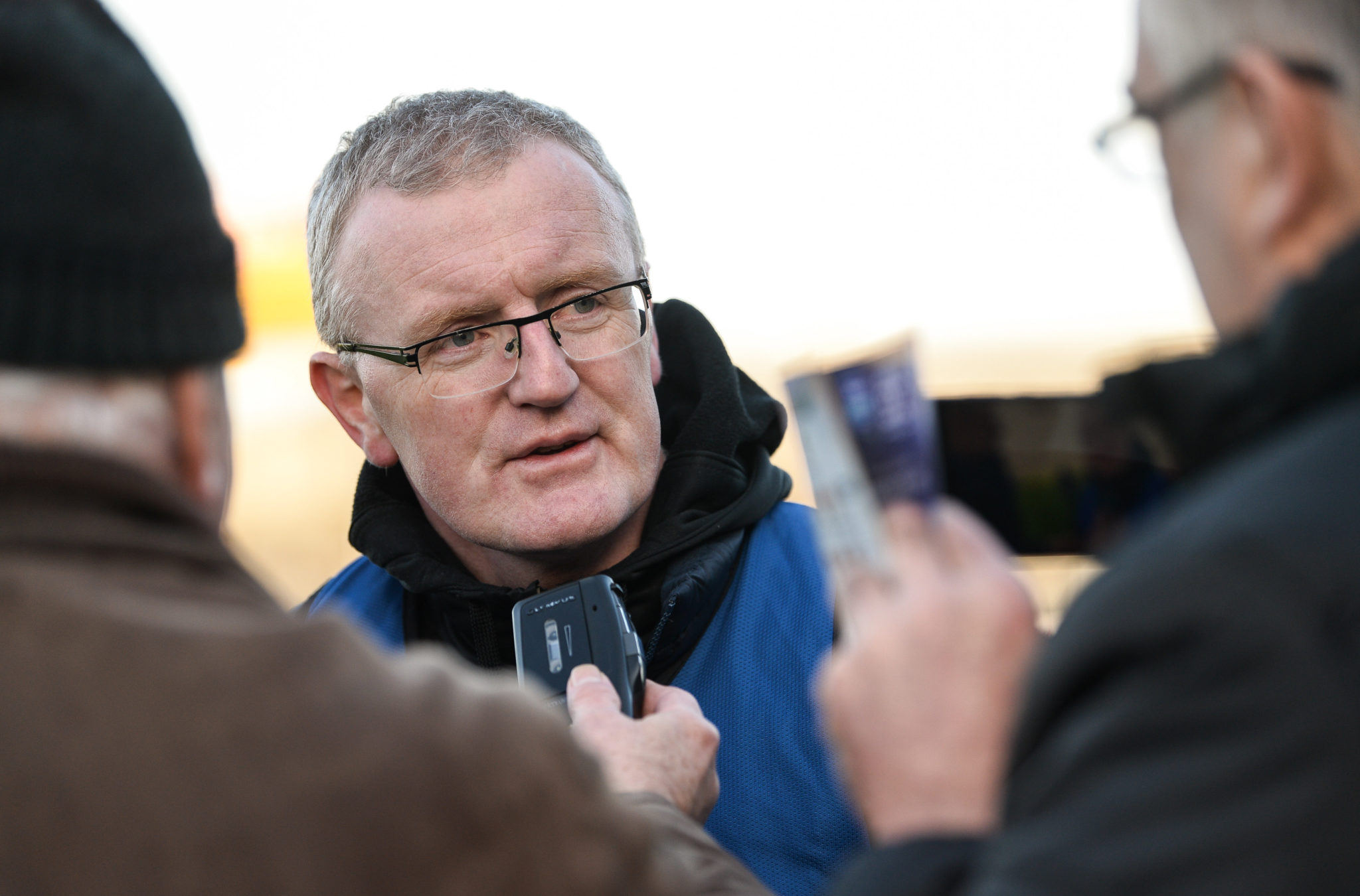 26 January 2020; Clare manager Brian Lohan speaks to reporters after the Allianz Hurling League Division 1 Group B Round 1 match between Clare and Carlow at Cusack Park in Ennis, Clare. Photo by Diarmuid Greene/Sportsfile

Lohan also joined Tommy and Nathan Murphy on thee line to join the discussion, and he said pressure was not an issue for that Clare team, regardless of the new feel to everything that came with All-Ireland final day.

"That day for us was all new, everything was new. Us going up to Croke Park on All-Ireland final day was new... it was all novel but kind of embraced it I suppose at the time.

"I can remember Loughnane at the time, his big thing in training sessions beforehand was that Offaly would not be able to handle our style of hurling.

"That forward line that Offaly had at the time with all the Dooleys, and Matt O'Connor and then such a brilliant midfield as well. They were a real dangerous forward line.