Scotland's chances of progressing at Euro 2020 have taken a hit with the news that midfielder Billy Gilmour has tested positive for Covid-19.

The 20-year-old, who was awarded man-of-the-match in their draw against England last Friday, must now self-isolate for ten days and will miss the last Group D match against Croatia at Hampden Park on Tuesday night.

Gilmour was expected to start against the struggling Croatian side as Steve Clarke's team go in search of the three points they need to make it to the last-16 but the Scottish Football Association confirmed on Monday morning that he is out.

"The Scottish FA can confirm that a member of the Scotland national team playing squad, Billy Gilmour, has tested positive for Covid-19," the SFA said in a statement.

"Having liaised with Public Health England since the positive test was recorded, Billy will now self-isolate for 10 days and therefore miss tomorrow's UEFA EURO 2020 Group D match against Croatia at Hampden." 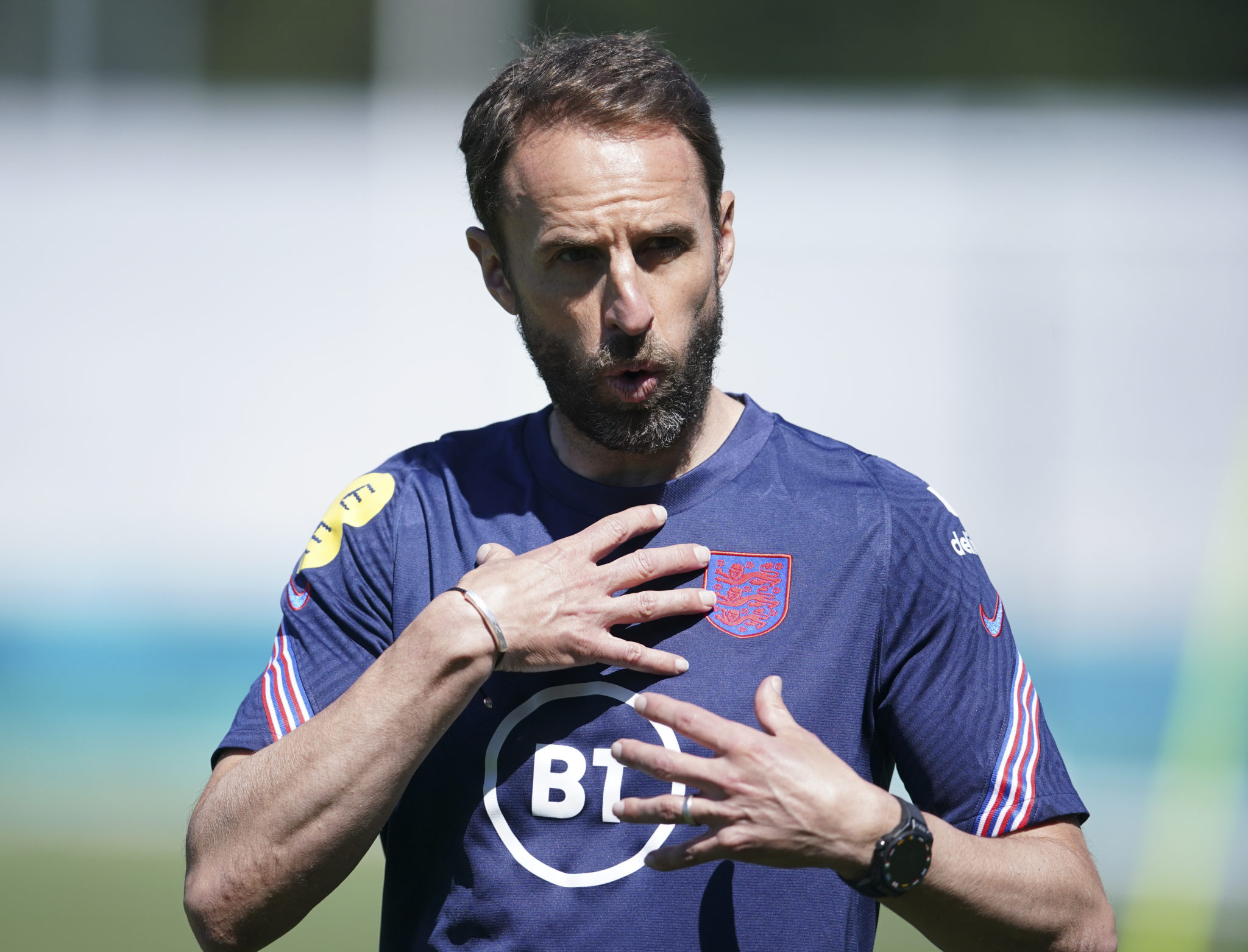 England's manager Gareth Southgate gestures during an open training session at St. George's Park, Burton-upon-Trent, Wednesday June 9, 2021. The Euro 2020 soccer championship gets underway on Friday June 11 and is being played in 11 host cities across 11 countries. The event was delayed by one year after being postponed in 2020 due to the COVID-19 pandemic. (AP Photo/Dave Thompson)

England manager Gareth Southgate will have breathed a sigh of relief after his squad of players returned a full batch of negative Covid-19 tests in the wake of the Wembley draw against the Scots.

The English FA released a statement on Monday afternoon ahead of their final group match against the Czech Republic, a side they are level with on four points but with an inferior goal difference.

"All 26 England players and the wider support team returned negative results after the latest round of Uefa PCR testing on Sunday – and we continue to follow the appropriate Covid-19 protocols," read the statement.

"The full squad will train at Spurs Lodge this morning. We remain in contact with Public Health England and continue to prepare for tomorrow night’s fixture against the Czech Republic at Wembley."