Ed Woodward hits back at criticism of recruitment at United

Manchester United's executive vice-chairman Ed Woodward has hit back at the critics who say that non football people are making football decisions at Old Trafford.

In an address to staff at the club, Woodward branded the claims 'insulting' and believes manager Ole Gunnar Solskjaer will deliver exactly what is required at United.

"There is a myth that we have non-football people making football decisions, and I think it's insulting to the brilliant people who work on the football side in this club, many of the senior staff on the football side of the club have been in their roles for over 10 years," said Woodward.

"Some of our scouts have worked with us for more than 25 years. We've expanded our recruitment department in recent years and we believe this now runs in an efficient and productive way. Player recommendations and decisions are worked on by this department and by the first-team manager and his staff, not by senior management."

United have just nine points from eight games in the Premier League, making it their worst start to an English top-flight season in 30 years.

Solskjaer's side go into that game 15 points behind Liverpool and the United boss will be without several first-team players due to injury.

United brought in Harry Maguire, Dan James and Aaron Wan Bissaka during the summer but the squad has looked light in recent weeks after the departures of Ander Herrera, Romelu Lukaku and Alexis Sanchez.

Woodward appointed the Norwegian as permanent United boss shortly after the club's Champions League win over PSG in March. 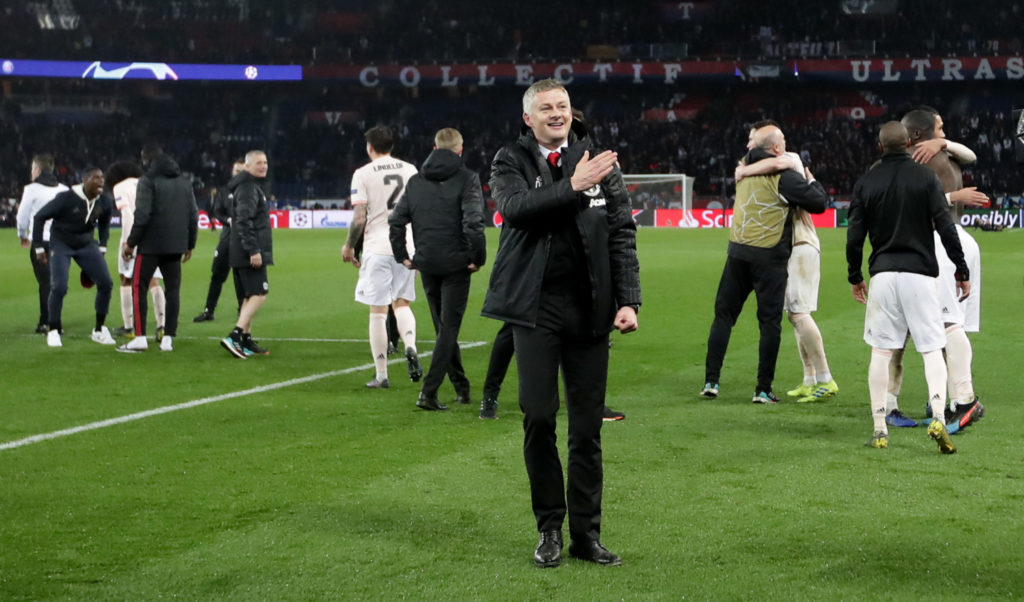 Ole Gunnar Solskjaer at the final whistle of Manchester United-PSG

The United executive vice-chairman is standing by his man, "Ole has also instilled the discipline back into an environment where we may have lacked it in recent years.

"He is building a squad that respects the club's history, in which players work hard and respect their team-mates."

Woodward admits things had to change at the club. "No one is bigger than the club. The changes we saw over the summer have resulted in a very young squad. But it's also a squad, with the players and the culture, that provides a base camp for us to build and grow from as we start our new journey.

"Ole's vision maps exactly to the core three football objectives we have: we must win trophies, we must play attacking football, and we must give youth its chance.

"The middle section of last season, after Ole's arrival, feels most relevant to what we want to achieve and where we want to be, we saw a team playing fast, fluid football, with a clear representation of the style and philosophy the manager wants."