Dublin manager Farrell: "I'm no longer a fan of the provincial system"

Dublin secured a tenth Leinster football title in a row last November, with a comprehensive 3-21 to 0-09 win over Meath.

It was the sixteenth time in nineteen years that the Dubs had collected the Delaney Cup, as calls for an overhaul of the provincial system intensified.

And it would seem Dublin's dominance has increased their manager's desire for change.

Farrell was a guest on the Ciaran's Cast podcast, hosted by Donegal native Ciaran Cannon.

Last year saw the backdoor system scrapped in football, as the impact of COVID-19 forced first the delay and then the streamlining of the All Ireland Championships.

With government restrictions still preventing a satisfactory outline of this year's schedule, Farrell said he'd be open to a different format in the Championship this year.

"I'd be very open to change," he told Cannon, "The one thing we shouldn't be afraid to do in the GAA is experiment.

"You can always revert back to something that was successful in the past, if we believe that.

"But I do like the idea of changing things up, and experimenting.

"[I'm] not sure what that will look like. I know there were proposals submitted to Croke Park, and the hope was that maybe those proposals might be aired at the recent Congress just passed.

"But given the nature of how that Congress went - it was virtual/online platforms - there was a decision taken, as far as I believe, to say that 'look it, it was too difficult to debate something as important in that setting', so to push it back out to a Special Congress at some point later in the year when it's safe to do so. 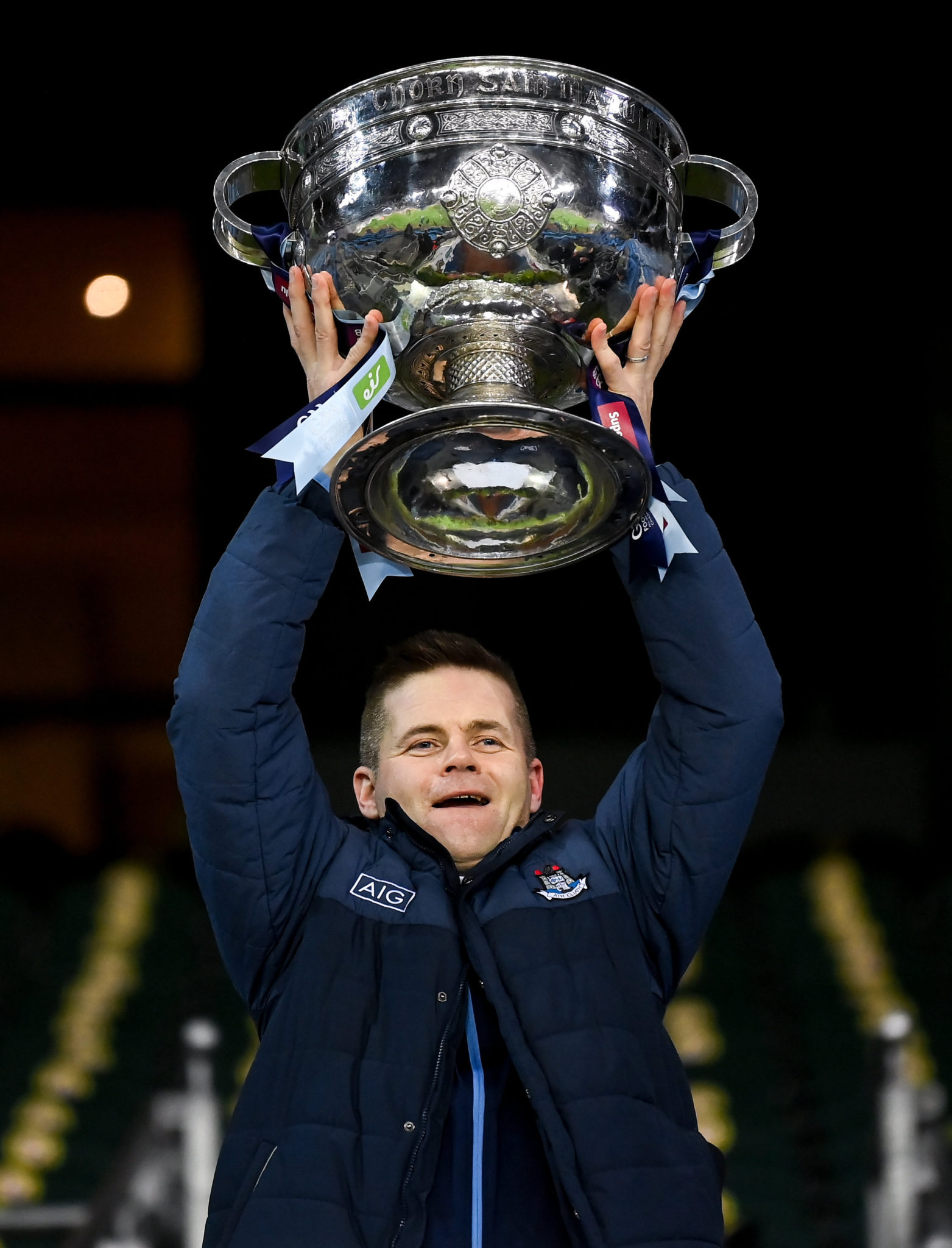 "But I do welcome the debate, and the idea of changing things up. And I don't think we should be fearful as an organisation of making that happen. It'll be interesting to see what emerges from that."

Farrell admits that lockdown fatigue is hitting the players, with no guarantees of when they will be able to return to play.

"It is a challenge," he said, "I think we were all really looking forward to getting back and playing and then word started to come through that there were going to be more postponements, and more postponements...

"It looks like that we'll be back in April. That's very much the hope.

"There is nothing official on that yet, but at this point-in-time that sort of pandemic fatigue has well and truly set in.

"And I think people are crying out for that sense of hope and optimism that would come with looking forward to a programme of games being outlined, and what the season might look like and being able to look forward to that, and anticipate that and get excited about that would be brilliant.

"Fingers crossed that we'll get a green light to come back to collective training in early April, at some time, and then maybe National League kicks off in May.

"That's the hope for the Dublin players... and I'm sure players all over the country are the same."

Asked what changes he would like to see implemented by the GAA in the near future, Farrell replied, "I definitely thing the competition structure is the big one.

"And this mightn't go down well - particularly in Ulster - but I'm no longer a fan of the provincial system.

"I think if we could move beyond that and even, as I mentioned earlier, just experiment for a season or two. Be it an open draw, or whatever we come up with.

"There's enough bright people in the organisation to land on something that I think would work, and be very successful and really engage a) the players, first and foremost, in terms of whetting the appetite for meaningful competition.

But b) the wider GAA base, and the supporters and the public.

"I do think there's a blank canvas there, if you like, to be very very creative and come up with something that would be really really special and would set us apart from all the other competition in the sports arena."

‘Would the Six Nations behind a paywall concern me? Absolutely’ | Brian O’Driscoll