Declan Kidney is returning to Cork with his London Irish side confirmed to face Munster in a pre-season friendly at Irish Independent Park.

The game will take place on September 13 with a 7.30pm kick-off.

It's the second year in a row that the sides will have met for the Jack Wakefield Memorial Trophy. Munster beat the Exiles 32-28 at the same venue in August of last year, with Darren Sweetnam, Brian Scott, Dan Goggin and Mike Sherry (twice) all scoring tries.

The trophy is named after a young London Irish supporter that died in 2005, and is on the line every time London Irish face an Irish province.

Kidney twice led Munster to Heineken Cup success in 2006 and 2008 but is now director of rugby with the Exiles. With Les Kiss as head coach, he led them to victory in the Greene King IPA Championship, and with it a return to the Premiership.

The game could prove to be Paddy Jackson's first on Irish soil since his Ulster departure in April 2018.

Jackson spent last season at French side Perpignan, but was omitted from the squad when the sides met at the Sportsground in the European Challenge Cup in December. Jackson did start the reverse fixture the following week at the Stade Aimé Giral.

At the time, Perpignan insisted Jackson's absence for the game in Galway was a tactical one due to their hectic schedule in the Top 14 and the Challenge Cup. 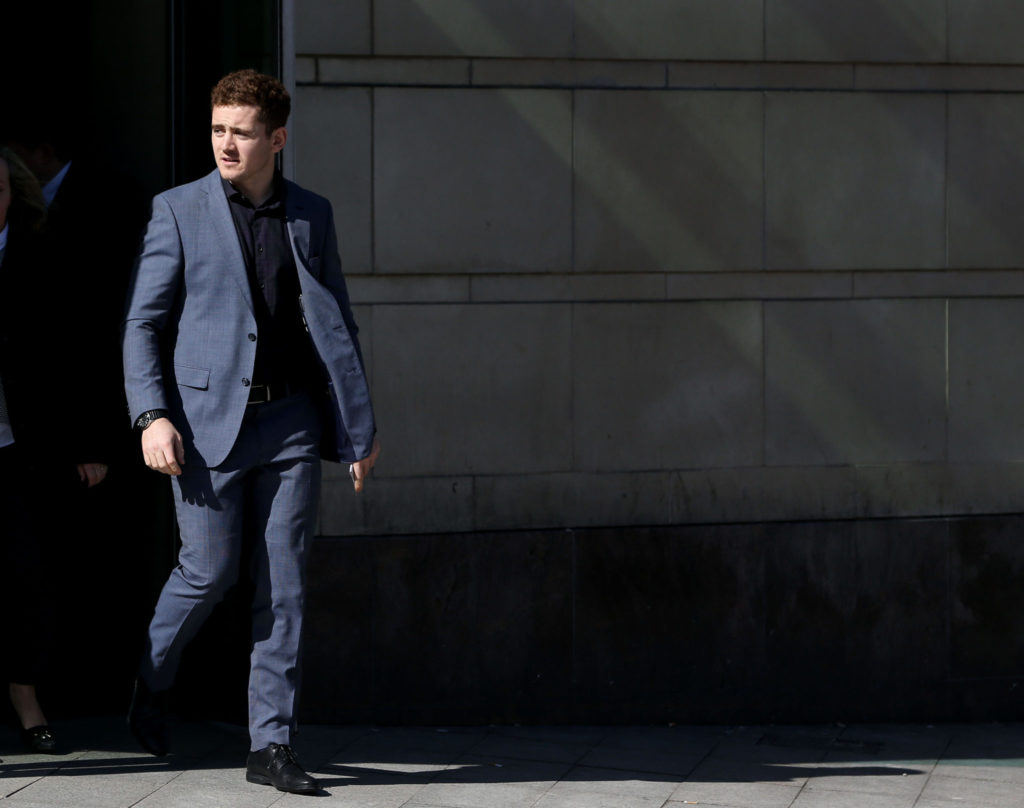 Ireland and Ulster rugby player Paddy Jackson leaving Belfast Crown Court where he has been found not guilty of raping a woman at a property in south Belfast in June 2016.

The May signing of Jackson has proved a controversial one, with Diageo among those to pull their sponsorship from London Irish.

Jackson and Stuart Olding, were both acquitted of rape in March last year following a nine-week trial. Some fans have intimated a boycott of the Madejski over Jackson's signing, but Kiss insists most Exiles fans are behind the 27-year old, "Obviously I know Paddy and he's a quality footballer so that is what we're focused on.

"Ultimately that is what our conversation was about and where we will stay with it.

"The bottom line is it is a rugby club that is looking for good players and we have signed Paddy.

"I understand that this becomes a story but ultimately we want to make sure we focus on the right things."

Jackson hasn't been the only big name signing at London Irish in the off-season. Sean O'Brien has signed from Leinster but will miss the game in Cork due to his hip injury.

Former All Blacks winger Waisake Naholo, Wallabies' Curtis Rona, Nick Phipps, Sekope Kepu and Adam Coleman are among the others to have joined the Exiles' cause on their return to the English top flight.