Legendary trainer Tom Foley has passed away at the age of 74.

The County Carlow native had been battling prostate cancer in recent years.

Foley will forever be remembered for training 'The People's Champion' Danoli.

After Dorans Pride fell at the last, it left Danoli in the clear to claim the Sun Alliance Novice's Chase at the 1994 Cheltenham Festival.

Sad to hear of Tom Foley's death. Our condolences to all his family and friends. What a day he, Charlie Swan and Danoli gave us at the Cheltenham Festival in 1994. pic.twitter.com/hP61RxVlHZ

'94 would be a magical year for Foley and Danoli, with the first of two victories in the Aintree Hurdle, a win in the Morgiana Hurdle at Punchestown, and in the Hatton's Grace Hurdle at Fairyhouse.

Further success would come in 1997, with Danoli again prevailing in the Hennessy Gold Cup, beating Jodami by a length-and-a-half, in a field that also contained stellar names like Imperial Call and Merry Gale.

"The people really took to him," Foley would later tell Kieran Murphy, "I think he hated disappointing people. He gave everything. He loved the crowd himself.

"All he wanted was to get out in front of the crowd." 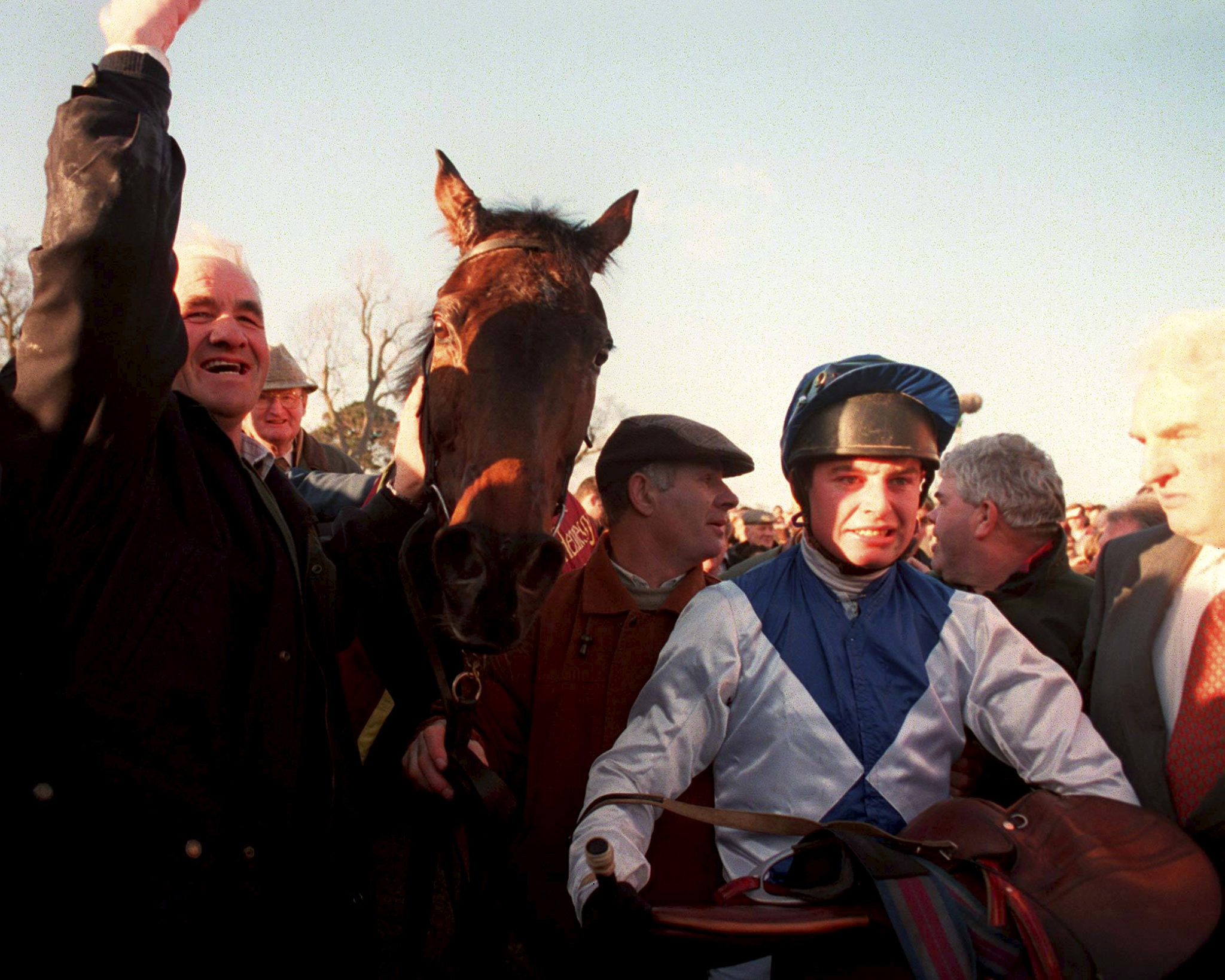 Willie Mullins has paid similarly glowing tributes to Foley himself.

The Closutton kingpin said, "He was a gentleman, the salt of the earth.

"He knew how to train a good horse when he got one.

"The combination of Danoli, [owner] Dan O'Neill and Tom was an extremely popular one and the day he won at Cheltenham will live long in the memory."

Foley's final winner came in January at his local track.