Confusion reigns over Connolly as Kenny dubs Luxembourg a 'must win'

There was confusion of the fitness of Aaron Connolly on Friday afternoon, with the FAI forced to delete a tweet claiming he was out of the Luxembourg game.

The Brighton striker was playing his first game in a month in Wednesday night's World Cup qualifier defeat to Serbia.

Connolly had only just returned from cracked ribs and, after cramping badly in the second half, was replaced by Shane Long in the 67th minute.

Friday lunchtime saw the FAI tweet to say, "Striker Aaron Connolly has been ruled out of the Luxembourg and Qatar matches through injury.

"Connolly came off in the 3-2 defeat to Serbia and will now return to his club." 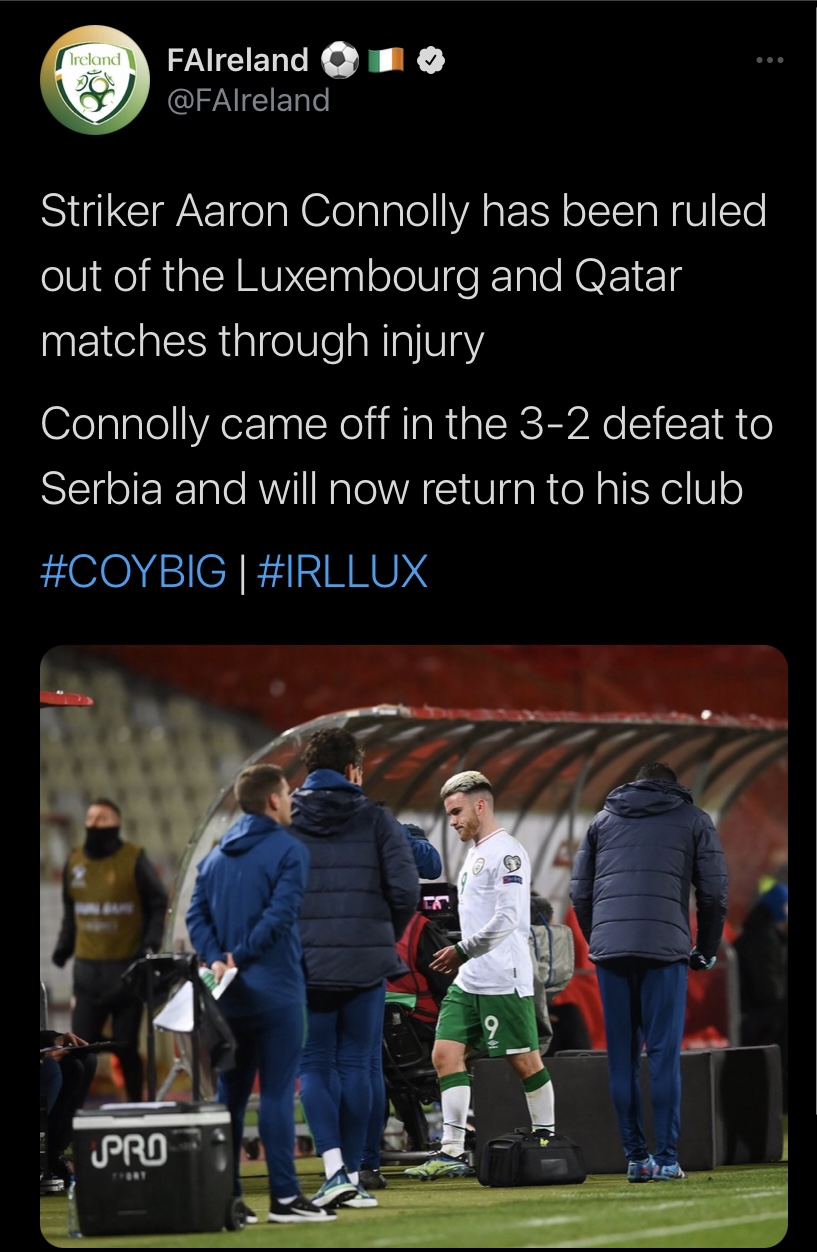 Deleted FAI tweet claiming Aaron Connolly was out of the World Cup qualifier with Luxembourg.

When facing the media on Friday afternoon, manager Stephen Kenny claimed Connolly was still in with a chance - albeit a slimming one - of facing the Grand Duchy on Saturday night.

That would seem not to be the case, with the Galwegian sharing a video from Brighton seafront on his Instagram Stories on Friday afternoon.

"Aaron is doubtful. I would say very doubtful with a foot injury, Kenny told a press conference.

"It's an impact injury so he's struggling at the moment, we have to see how he is.

Pressed on whether Connolly was definitively out of Saturday night's game, Kenny replied, "We'll have to wait and see how he goes - he's up against it." 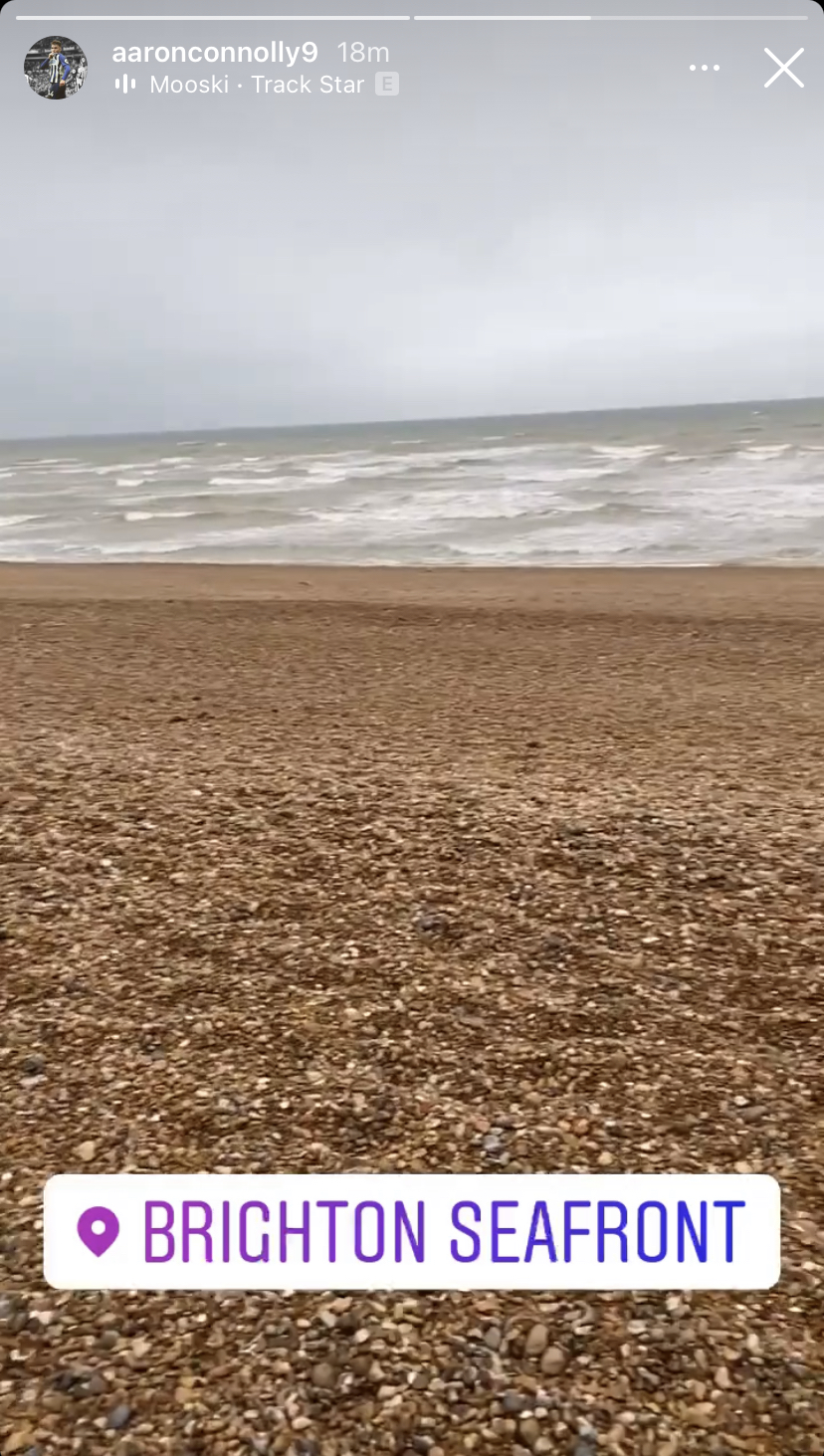 Kenny added, "To be honest, everyone's fully-fit bar Aaron. The players are in good form, they trained well this morning - a really good session - and everyone is looking forward to the game."

The manager was pleased with the impact Shane Long and James Collins had from the bench, following their introduction against Serbia.

They combined for Ireland's second goal, five-minutes from time which forced a nervy end to the game for the hosts.

"I was quite pleased really that obviously they were both involved in the goal," Kenny said, "In fact, all the substitutes were involved in the second goal - Robbie Brady played that initial pass in, and Shane Long and James Collins finished it.

"We've got good options, and Troy Parrott is in the picture as well so I'm pleased with the options that we have."

Kenny stopped short of describing the Luxembourg contest as a 'must-win', opting for the more tempered "It's important that we win the game."

"I thought it was a really good performance the other day", the former Dundalk boss said.

He added, "You can gain a lot of confidence from the [Serbia] game. We showed great composure in possession.

"We showed good understanding - tactically - against Serbia. I think the players used the width of the pitch really well."

While of the defensive shortcomings in Belgrade Kenny said, "We've not conceded too many chances, so to concede three goals from four chances - we wouldn't be pleased about that.

"But overall, I thought it was a very good display and the players can take confidence from that going into this game now."