Seamus Coleman admits Danish jibes at Ireland's style of play 'boiled his blood' and says that Mick McCarthy's side used it as motivation during last night's draw in Copenhagen.

Shane Duffy rose highest to head home and earn Ireland a priceless 1-1 draw in at the Parken Stadium. The Boys in Green stay top of Group D on seven points ahead of Monday's game against Gibraltar.

Speaking to Off The Ball's Nathan Murphy, the Ireland captain says criticism from Danish quarters irked him.

"My blood was boiling,” he said. “But in press conferences you’ve got to stay professional, there’s no point fuelling any fires.

"You never know with these things, have they been said like they’ve been said or what.

“It did get a mention beforehand to give you that extra motivation without a shadow of a doubt.

"[One of the Danish players] said you can change your manager but can’t change the players and you’re thinking: ‘Hold on a minute there’.

“But, as I said, I don’t know if that is exactly how it was said or not, so we’ve got to go with what we’ve read.

"I read it and was obviously a bit annoyed by it and made sure to mention it beforehand." 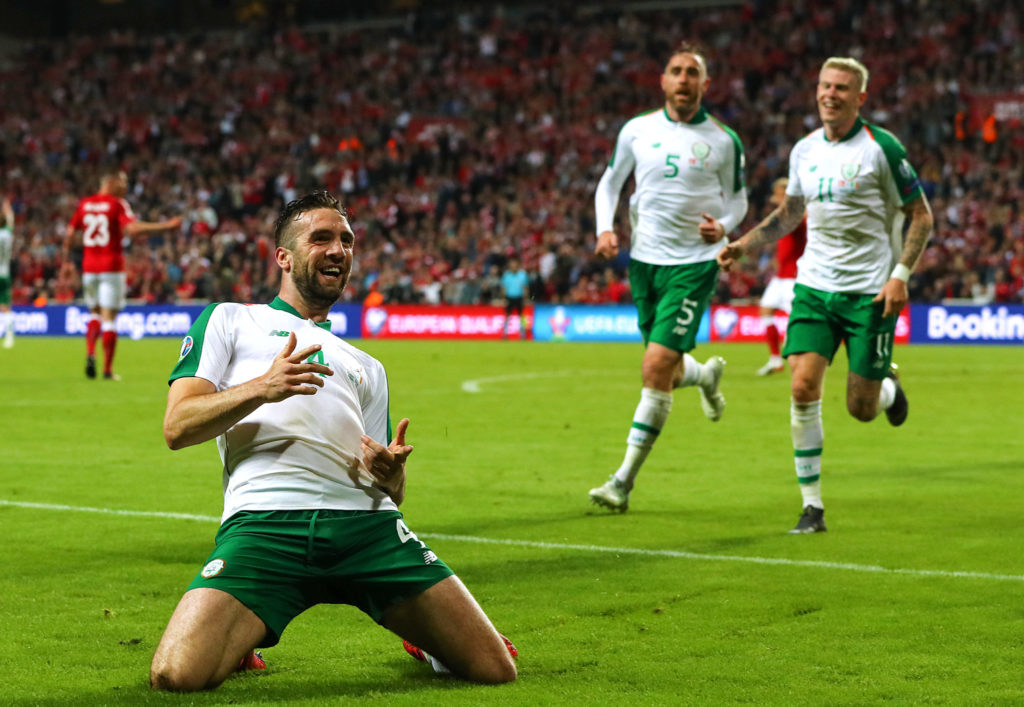 Looking ahead to Monday's game, he said: “We’ve got good players and another thing we have is great fighting spirit. Look, we’ve done nothing yet. [Denmark] are going to come to Dublin and try and put one over on us as well, and we’ve Gibraltar coming up as well, so we’ve done absolutely nothing yet. But it’s a good start.”

Denmark's Thomas Delaney, meanwhile, admitted their side are in a 'difficult situation' now after drawing their opening two games of the qualifying campaign.

Ireland lead the way, clear of Switzerland and Georgia and will be expected to pick up maximum points against Gibraltar on Monday night.

Christian Eriksen not permitted to play in Italy