Aston Villa one win away from Premier League return

Aston Villa held their nerve in a penalty shootout against West Brom to reach the Championship play-off final for the second year in a row.

Villa won 10 games in a row to get into the playoff mix so Dean Smith's side will be confident of making up for the disappointment of losing last year's final to Fulham.

Aston Villa took a 2-1 lead to the Hawthorns but the tie was leveled up when Craig Dawson nodded home from a long throw in the 29th minute. West Brom were without top scorer Dwight Gayle due to the red card he received during the first leg at Villa Park last Saturday and Albion had captain Chris Brunt sent off 10 minutes from time.

Extra time was just about survival for West Brom and the Baggies held out to force spot kicks but the home side made the worst possible to the shootout. Villa goalkeeper Jed Steer saved from Mason Holgate and Ahmed Hegazi while Conor Hourihane and Mile Jedinak were successful for Villa.

Albert Adomah spurned the chance to win the shootout for Villa but Tammy Abraham made no mistake, sending Villa into the Wembley decider 4-3 on penalties after a 2-2 aggregate finish. Villa will play either Leeds or Derby at Wembley on May 27, with Leeds 1-0 up heading into the second leg of that semi-final at Elland Road on Wednesday. 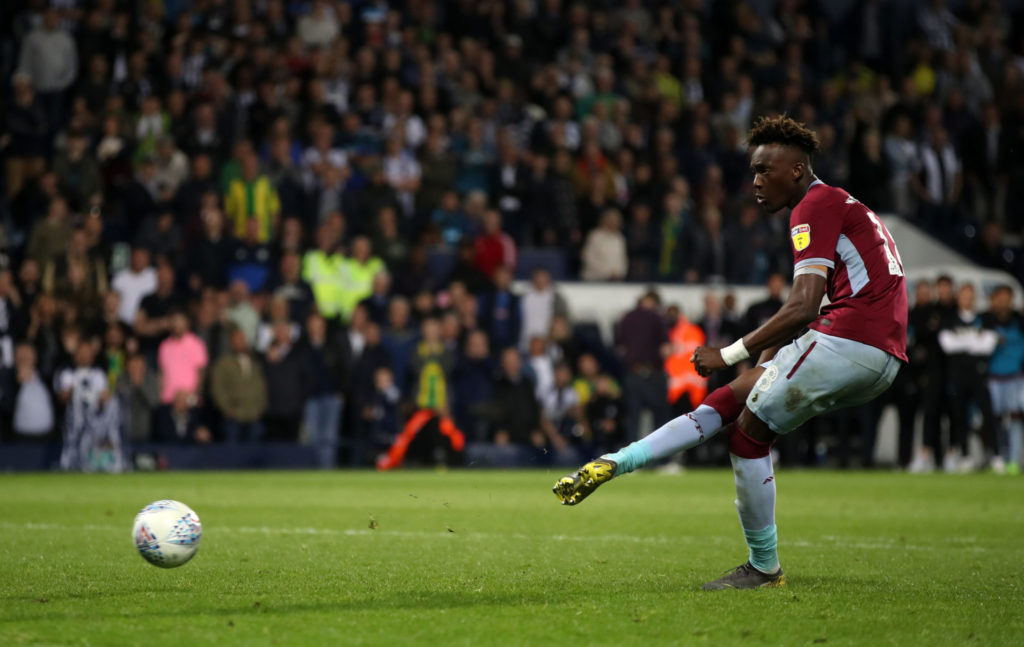 Dean Smith replaced Steve Bruce in October, with the club in 14th place in the Championship. The Aston Villa manager is now just one win away from leading the club back to the Premier League.

Smith revealed after the game that his players were well prepared for penalties:

"The day we qualified for the play-offs against Millwall we have practiced every day".

"That meant we had a good idea of who our penalty takers would be. A lot of preparation went into it. A lot of rehearsals".