'Anyone can pick up darts' after Fallon Sherrock's success | Barry Hearn

Promoter Barry Hearn says Fallon Sherrock has changed the sport of darts, adding that now "anyone can pick it up".

Twenty-five year old Sherrock became the first woman to win a match at the PDC World Darts Championship, when she beat Ted Evetts 3-2 in the first round on December 17. She then followed up with a second-round win against Mensur Suljovic, who went into the competition as 11th seed.

Speaking to BBC Radio 5 Live, Hearn said, "Fallon's inspired the nation - the world - it has been everywhere from New York to Melbourne. Everyone's talking about darts." 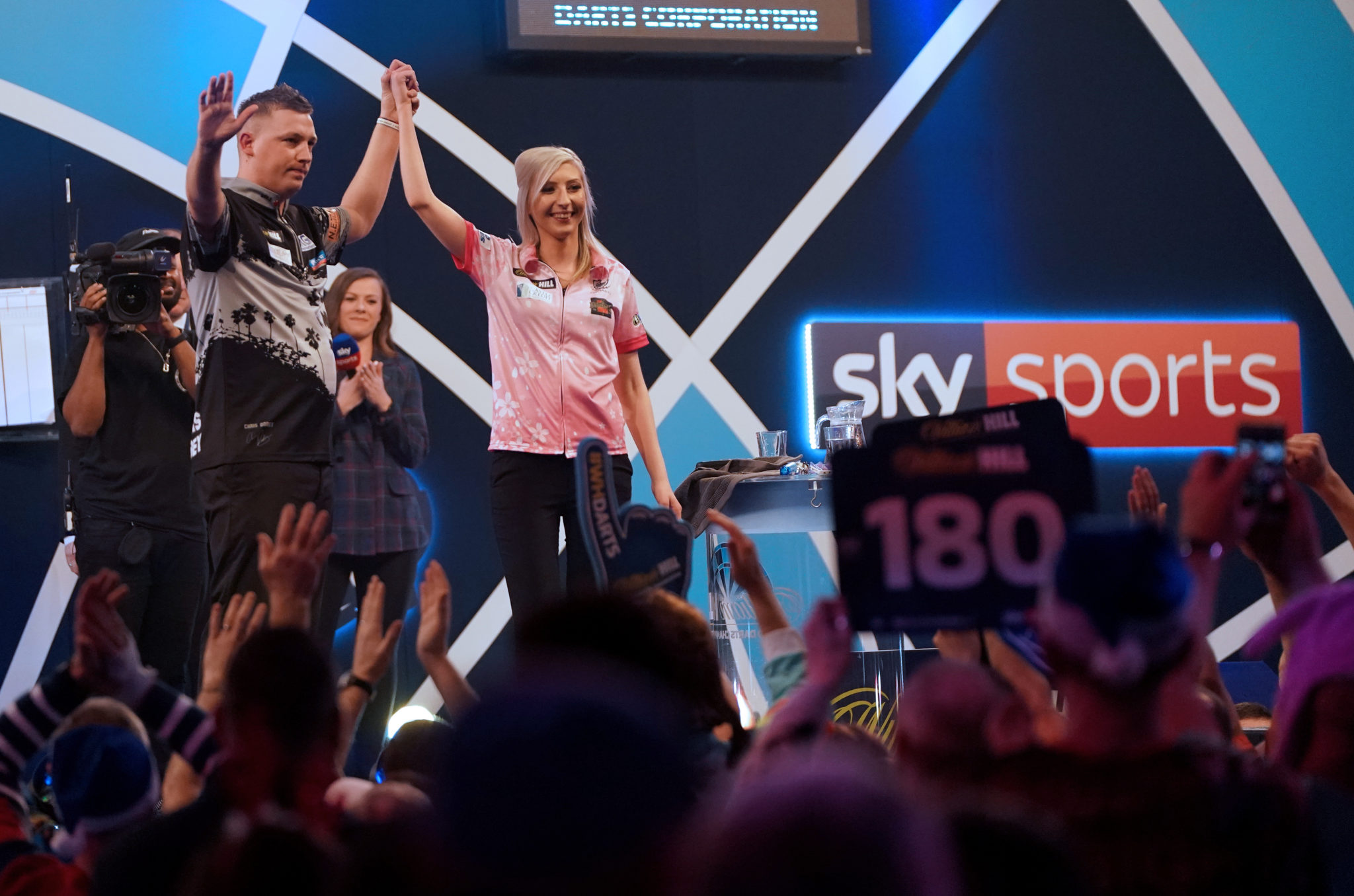 Fallon Sherrock and Chris Dobey after their match on day twelve of the William Hill World Championships at Alexandra Palace, London.

"She is probably one of the reasons at the top of the list of people saying 'I'm going to go and play darts'. And a lot of those people are women.

"It is not a new market for darts but perhaps a market that has not had enough done for it."

Michael van Gerwan looks for his fourth PDC World Darts Championship when he takes on Peter 'Snakebite' Wright at the Alexandra Palace in his New Years Day showdown.

"We've probably got the two guys who have played best in the final. Peter has nearly always been beaten in finals by Michael but he is playing so well this is his big chance to win his first world title."

Speaking after her exit from the competition in the third round to Chris Dobey, Sherrock said: “I enjoyed myself so much.

“I didn’t think this was ever possible. This is amazing, this whole experience has been unbelievable.”