Al Boum Photo has been named the Horse of the Year at the 2020 Horse Racing Ireland Awards while Barry Geraghty and John Oxx also picked up awards.

The Marie and Joe Donnelly-owned Al Boum Photo added to a win in the Savills New Year’s Day Chase at Tramore with success in the Cheltenham Gold Cup for the second year running for trainer Willie Mullins and jockey Paul Townend.

He is only the seventh horse to win the race back-to-back and the first to do so since Best Mate’s second win in the race in 2003.

Oxx and Geraghty, who both recently retired, were honoured with the Contribution to the Industry Award and the Irish Racing Hero Award respectively.

Oxx retired at the end of the 2020 Flat season, bringing to an end a 41-year training career that few could hope to match. He was champion trainer in 1995, the year that his European Champion three-year-old filly Ridgewood Pearl reigned supreme.

The Kildare native will long be remembered for his handling of the brilliant Sinndar and more recently Sea The Stars, feted as one of the all-time great racehorses.

Two wins in the Gold Cup, four Champion Hurdle wins and a remarkable five victories in the Champion Chase featured among a Cheltenham Festival haul of 43 winners, with five of those coming at his final Cheltenham in March.

Chief Executive of HRI, Brian Kavanagh, was delighted to honour two legends of racing in this year's awards.

"It is hugely important that today we recognise those who achieved so much in the year gone by. And as we do, we also pay tribute to two giants of the racing game, John Oxx and Barry Geraghty, who called time on their stellar careers in recent months.

"Few trainers will reach the heights enjoyed by John, and similarly, Barry was so often a winner on the biggest of racing days. We eagerly await the seasonal return of Al Boum Photo at Tramore in the coming weeks and I congratulate his owners, Marie and Joe Donnelly on his Horse Of The Year Award." 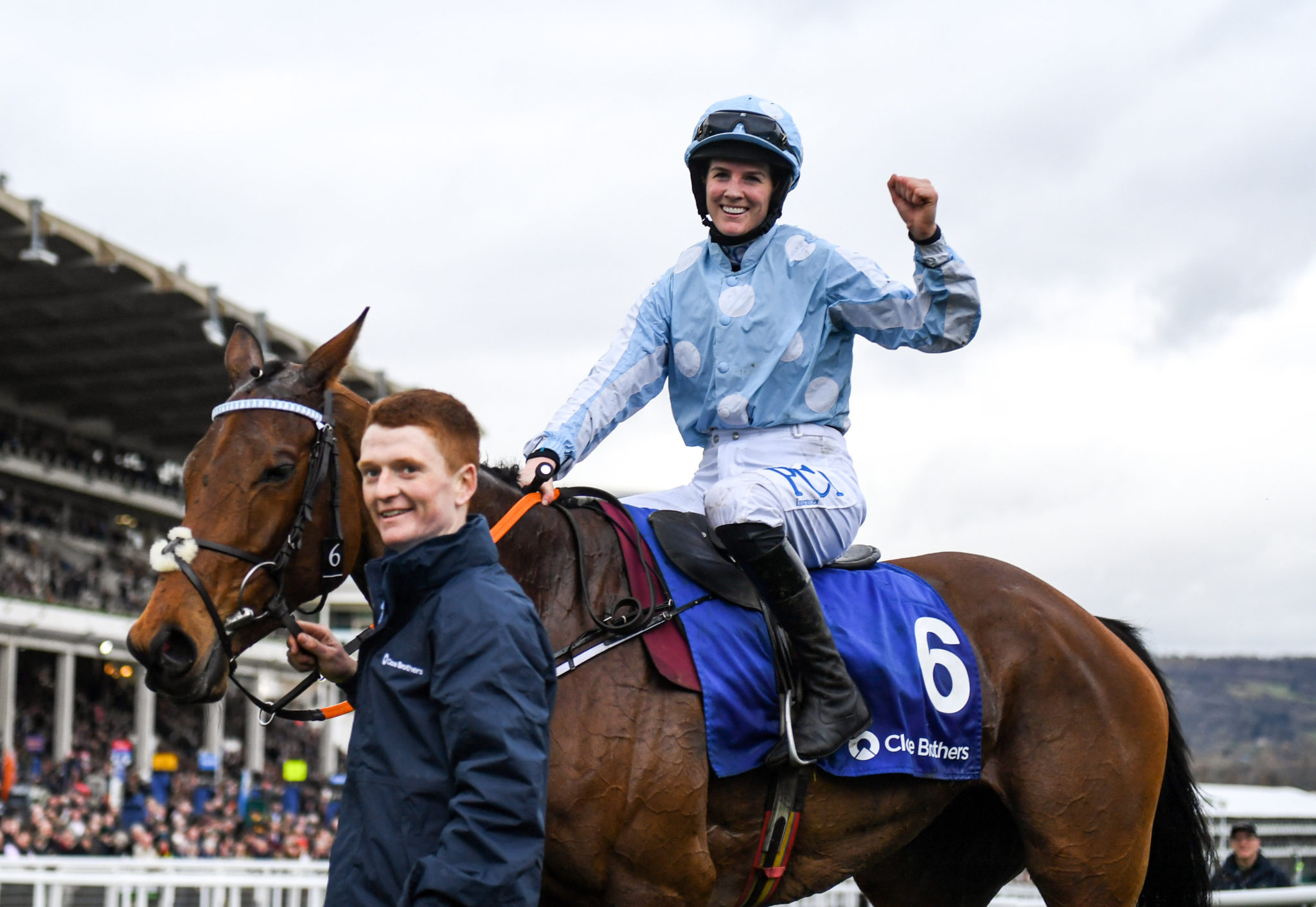 10 March 2020; Jockey Rachael Blackmore celebrates after winning the Close Brothers Mares´ Hurdle on Honeysuckle during Day One of the Cheltenham Racing Festival at Prestbury Park in Cheltenham, England. Photo by Harry Murphy/Sportsfile

Jockey Rachael Blackmore whose association with the unbeaten Honeysuckle, winner of the Irish Champion Hurdle at Leopardstown and the Mares’ Hurdle at the Cheltenham Festival, won the National Hunt Award.

Blackmore added to her Grade 1 haul in 2020 with Notebook and A Plus Tard and adds this win to her two previous Horse Racing Ireland Awards.

Keane reached a three-figure tally for the season for a third time and among his 100 winners in Ireland were Siskin, a first Classic success in the Tattersalls Irish 2,000 Guineas and Even So, winner of the Juddmonte Irish Oaks. Colin also won the Group 1 Coolmore Matron Stakes on Longines Irish Champions Weekend at Leopardstown on Champers Elysees.

The 10 winners of the 18th annual awards were:

De Bromhead confirms Monalee to miss the rest of season