Limerick's Roisin Ní Riain says she'll use her first experience of a Paralympic final as a foundation for her later events.

In a much faster final, Ní Riain touched the wall in eighth place, with gold going to Italy's Carlotta Gilli in a Paralympic record time of 1:02.65.

"I prefer to think of it just as a race - get in and swim as fast as you can," she said afterwards.

Ní Riain's preferred events come later in the meet, and she's determined to bank Wednesday's experience for later in the week.

"I’m delighted to get out and race in a Paralympic final,” she said, “The time was a bit slower than this morning but, that’s OK, hopefully I can work on that."

Swimming in her second Paralympic Games, and still only 19, Nicole Turner also made a final on Wednesday morning.

The Portarlington swimmer twice beat her own personal best in the S6 50m Freestyle.

Turner swam 35:47 in her semi-final, and finished ninth her final, shaving almost a fifth of a second off her hours-old best in 35:29. 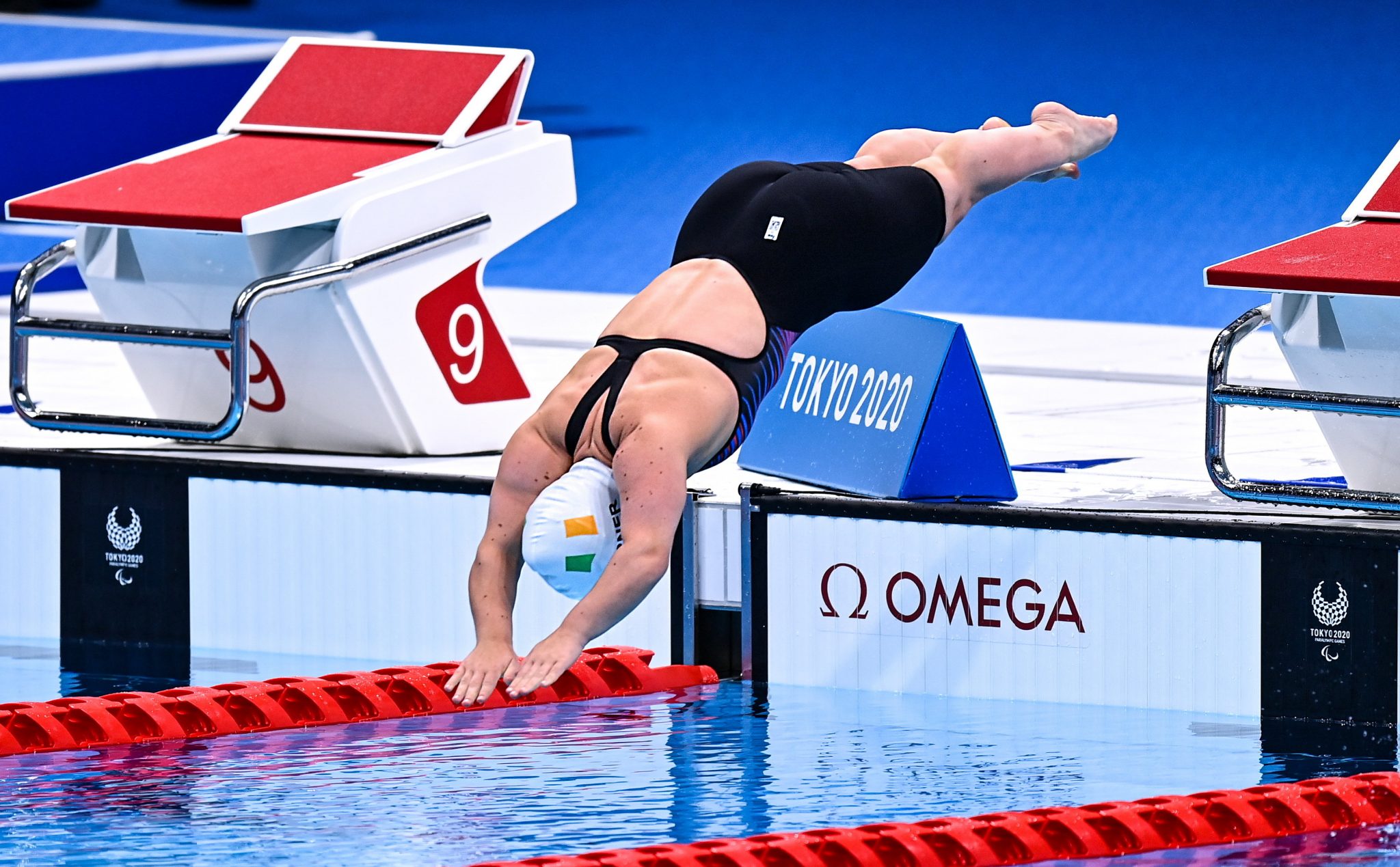 25 August 2021; Nicole Turner of Ireland competing in Women's S6 50 Metre Freestyle final at the Tokyo Aquatic Centre on day one during the Tokyo 2020 Paralympic Games in Tokyo, Japan. Photo by Sam Barnes/Sportsfile

"The 50m Freestyle is not a serious event for me, it just dusts off the cobwebs, so I couldn’t have asked for a better start," Turner said.

“It was another PB and I’m probably being  a bit hard on myself because I’d have liked to have gone a little bit faster than that, but the aim is always to PB and I’ve achieved that so  I can’t ask for a better start.”

“I’m not as busy as I was in Rio so I have two days off now before the 100m Breaststroke on Saturday.

"I’m off on Sunday and then I have the 50m Butterfly on Monday and they are my main two targets.”

In the velodrome, Paralympic debutant Richael Timothy shaved 14-seconds off her personal best in the C1-C3 3000m Individual Pursuit, but it was just shy of earning her a place in the final.

"For me to get a PB is brilliant," Timothy said, "It is my first event at a Paralympic Games. 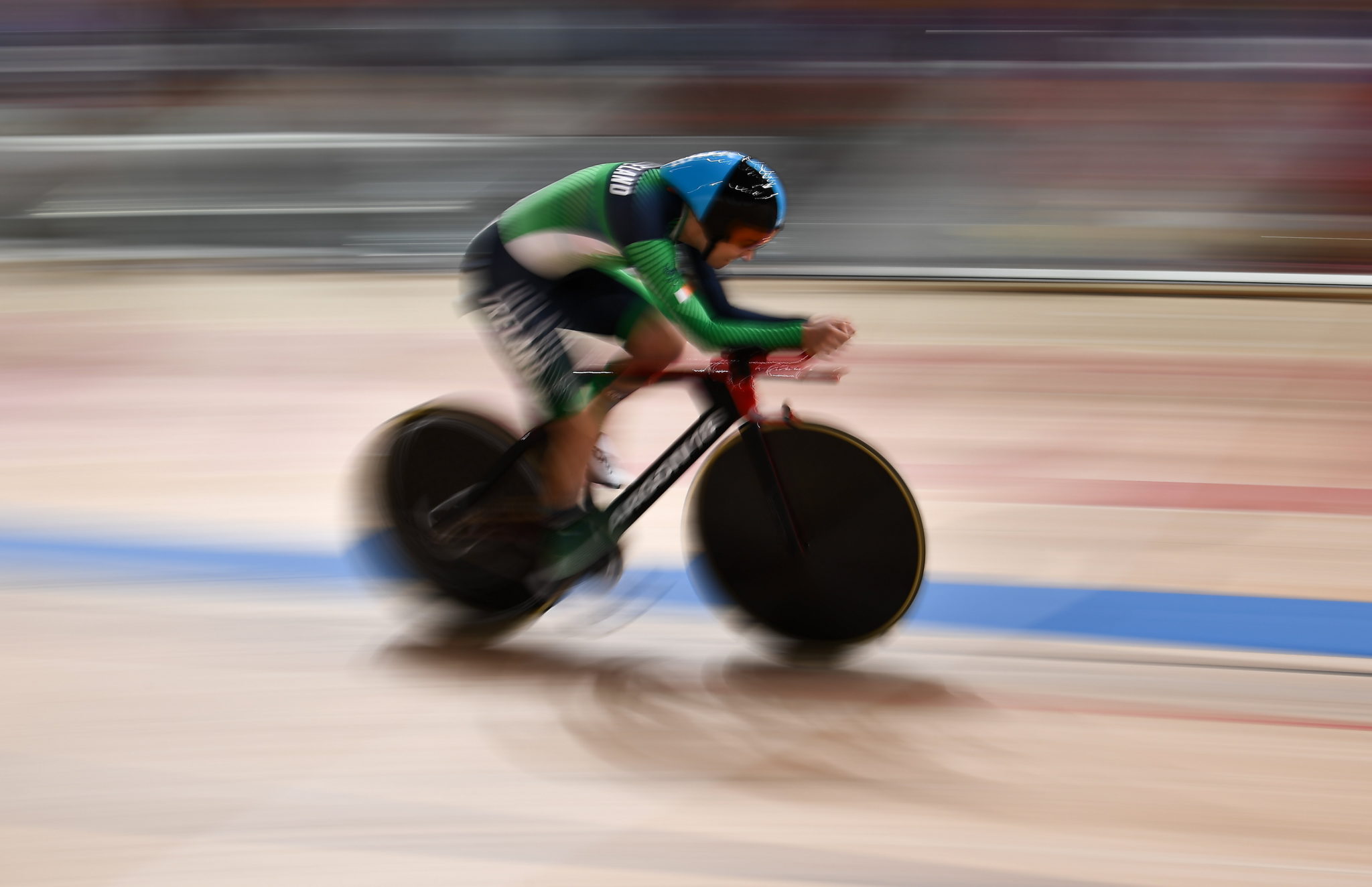 25 August 2021; Richael Timothy of Ireland competes in the C1-3 3000m Individual Pursuit qualifying at the Izu velodrome on day one during the 2020 Tokyo Summer Olympic Games in Shizuoka, Japan. Photo by David Fitzgerald/Sportsfile

"I only got on the team two years ago, it is just a case of getting the first event over with. Thanks so much for all the support back home. It has been amazing.

"All the support I’m getting from Galway and Roscommon has been amazing and I just hope I have done them proud and also made everyone at home proud.

"I just want to say thank you to everyone at home, everyone that is watching. Four years ago I didn’t think I would be here. I’m just delighted.” 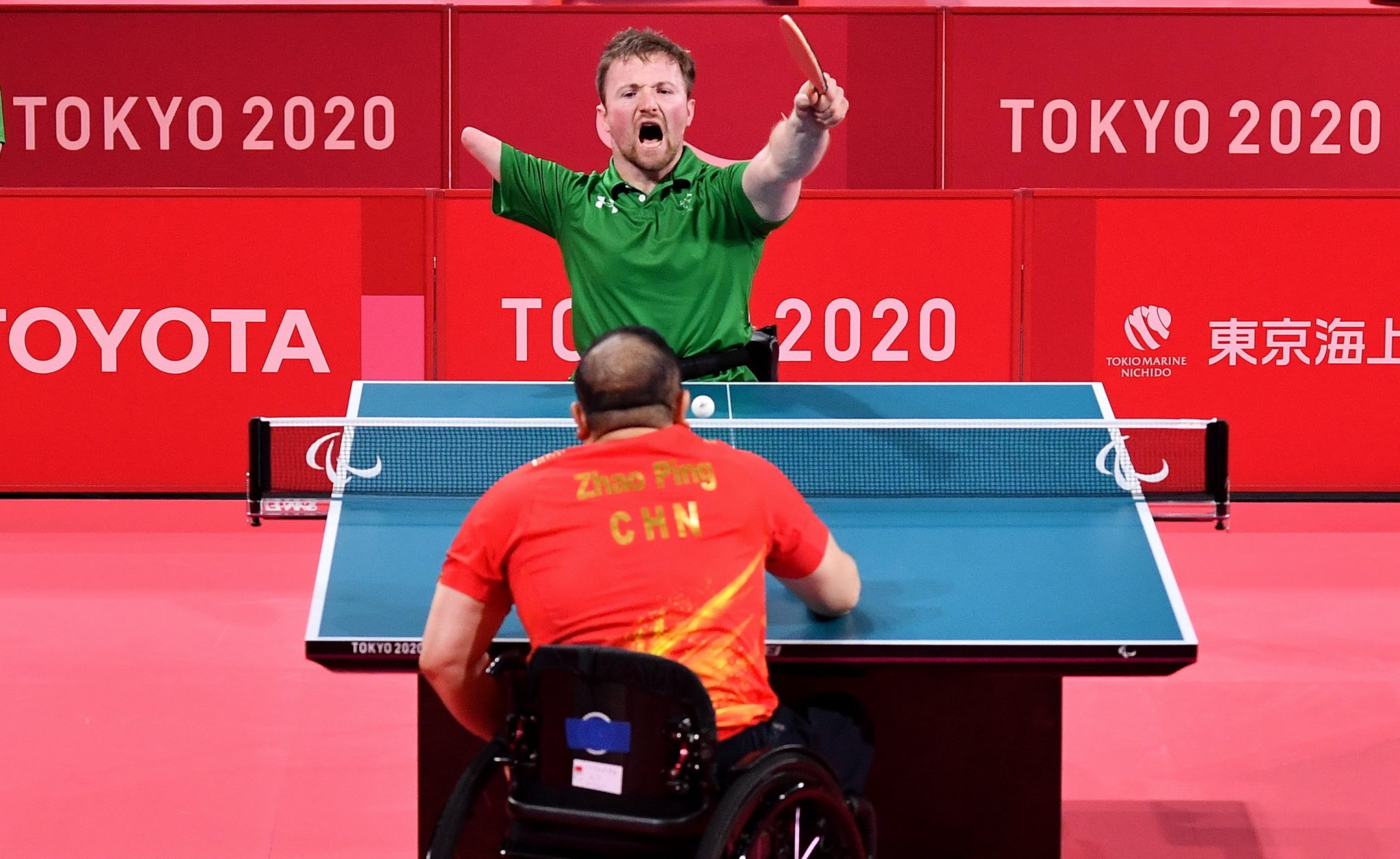 25 August 2021; Colin Judge of Ireland celebrates winning a game whilst competing in his C3 Men's Singles Table Tennis Qualifying Group G match against Ping Zhao of China at the Tokyo Metropolitan Gymnasium on day one during the Tokyo 2020 Paralympic Games in Tokyo, Japan. Photo by Sam Barnes/Sports

"Now it's your turn" - Turner reveals teammate's words of inspiration