Protesters let fake blood run the streets in front of the Dáil today, to show the government that climate change needs to be acted on.

Members of the Extinction Rebellion group staged a demonstration outside the government buildings whereby characters playing politicians poured fake blood over other people in white overalls.

They say that the scene was to symbolise the future outcome of the government’s inaction on climate change.

The group claims the "the blood of our children will be on the governments hands" if it doesn't take action immediately.

Leontien Friel Darrell,  a 19 year old activist who lives in the Eco Village in Cloughjordan, played one of the innocent characters in the scene. She says declaring climate emergency simply isn't enough. 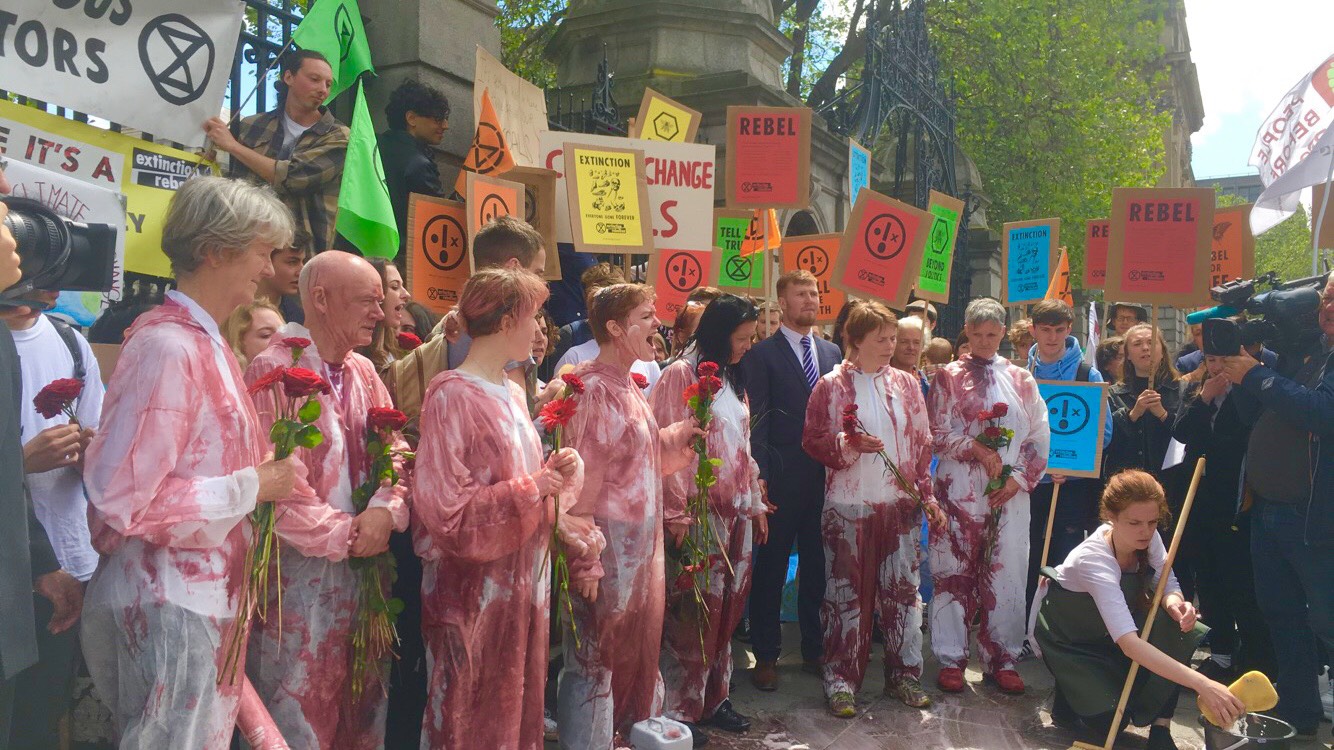 One of the other protesters, Carol Bereta, says that it is a frightening reality but believes some politicians are afraid to panic people. 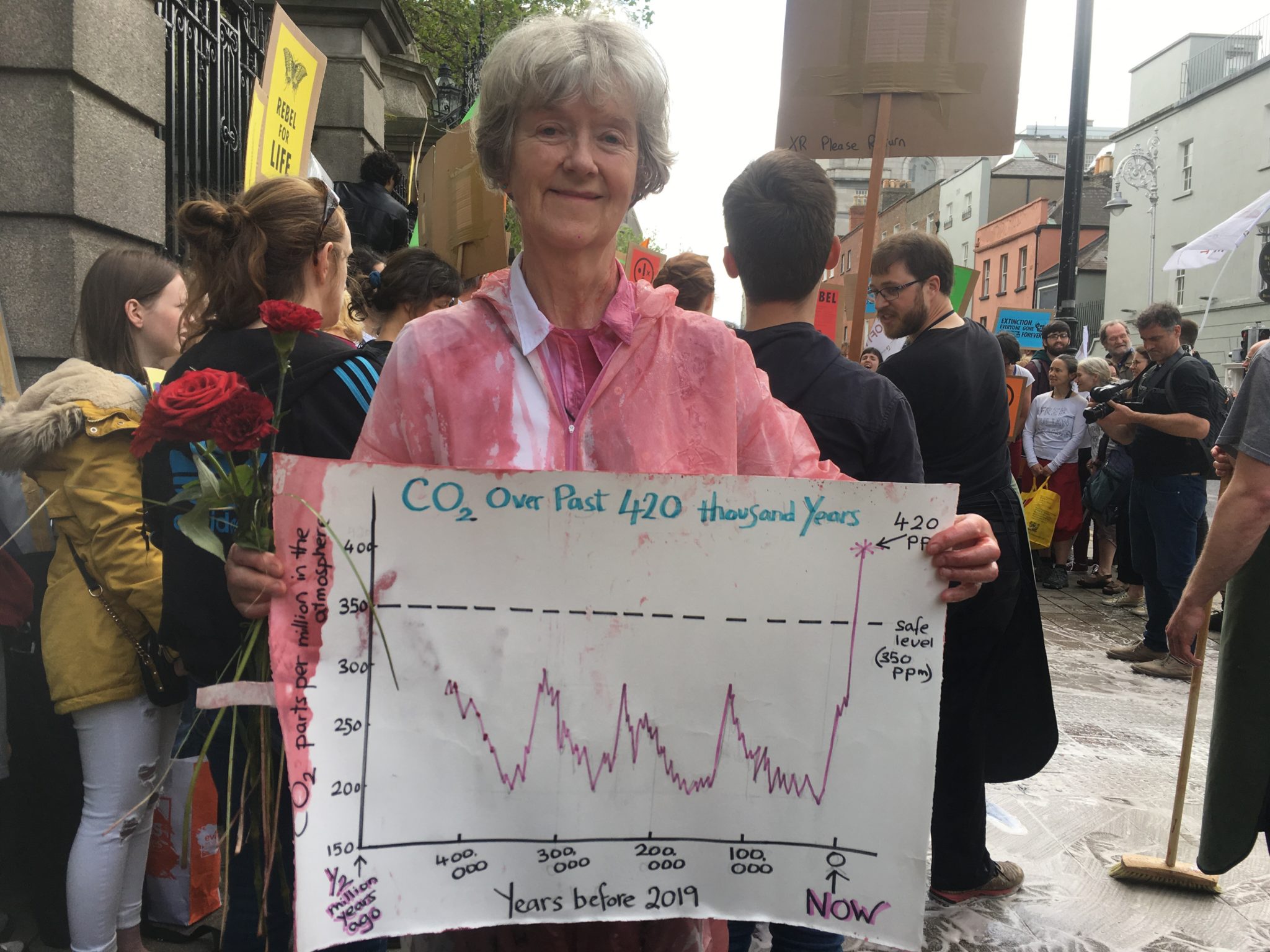