Hand Sanitiser May Catch Fire If Left In A Hot Car

Alcohol-based hand sanitiser could catch fire if it's left in a hot car.

Council workers in Co Limerick were given the warning in a safety leaflet earlier this week.

Pictures of that document are now appearing on social media.

It shows damage to a car door when a bottle of hand sanitiser was left there while parked in the sun. 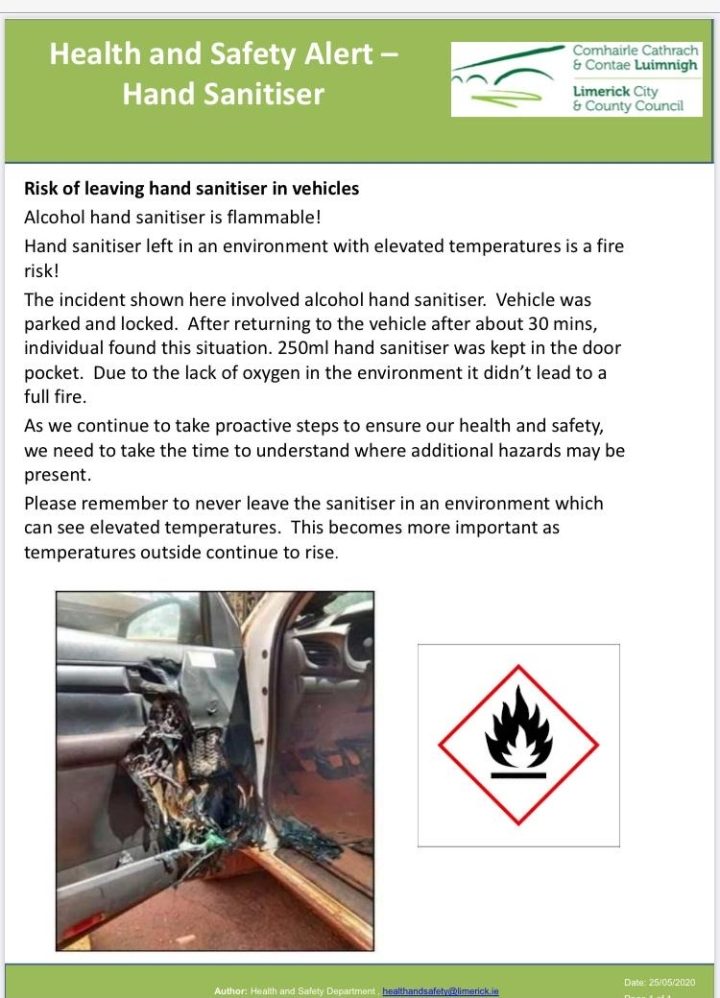 A spokesman for Limerick City and County Council's confirmed it's genuine.

The Council also says it's asking staff not to leave them behind.

Woman In A Critical Condition After Clonskeagh Fire