A man has been arrested after cannabis plants worth more than €250,000 were seized in Co Monaghan.

Gardaí carried out a search of a house in the Carrickmacross area shortly after 11.30pm yesterday.

During the course of their search, a cultivation unit with over 300 cannabis plants with an estimated value of €250,000 was discovered.

A man in his 30s has been arrested and is currently detained at Carrickmacross Garda Station under Section 2 of the Criminal Justice (Drug Trafficking) Act, 1996.

Gardaí say their investigation is ongoing. 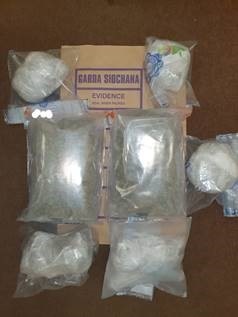 It follows the seizure of cannabis worth €70,000 in Mullingar, Co Westmeath yesterday.

Gardaí attached to the Westmeath Divisional Drugs Unit conducted the search of a house under warrant at Ardleigh Gate in the town at around 5.30pm.

During the search, 3.5 kilos of what is believed to be cannabis with an estimated value of €70,000 was recovered.

A man in his 30s was been arrested and is currently detained at Mullingar Garda Station under Section 2 of the Criminal Justice (Drug Trafficking) Act, 1996.

The drugs will be sent for forensic analysis and the Garda investigation is ongoing.

13-Year-Old Among Those Arrested For Drink Or Drug-Driving

Retired Superintendent Found With Cannabis Worth €259,000