The actress played sorority sister-turned-law student Elle Woods in the cult classic film back in 2001. 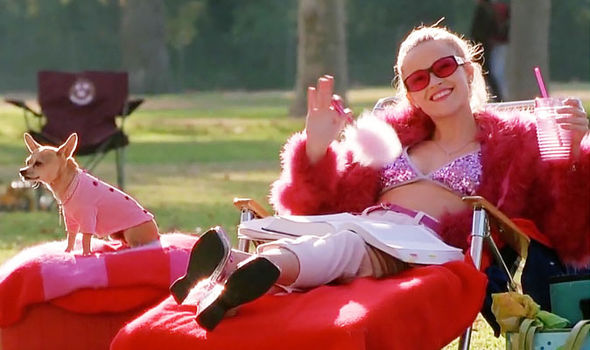 “Omigod you guys ….#LegallyBlonde premiered 20 years ago TODAY! Time flies when you’re busy using legal jargon in your every day life," she wrote.

“But truly… playing Elle Woods was the role of a life time and I’m so honored to have been a part of sharing her story with you all.

“Every meme, graduation cap, musical number, halloween costume and bend & snap has brought me so much JOY over these past two !"

Teasing another potential sequel, Witherspoon concluded: “I wonder… what will Elle do next?”

Legally Blonde 3 has been on the cards since 2018 and was originally slated for a Feburary 2020 release.

However, the release date was pushed back due to the COVID-19 pandemic.

Witherspoon previously told Entertainment Weekly that some of the OG cast members would be returning, including Luke Wilson as Emmett.