Here's Everything New Coming To Netflix In October

Netflix has released the full list of everything new to the streaming service in October.

From Riverdale season 4, to El Camino: A Breaking Bad Movie, we're definitely going to be cosying up on the couch next month.

Explore the diverse flavours of China's Yunnan province and get to know the cooks and ingredients that shape its rich culinary tradition. 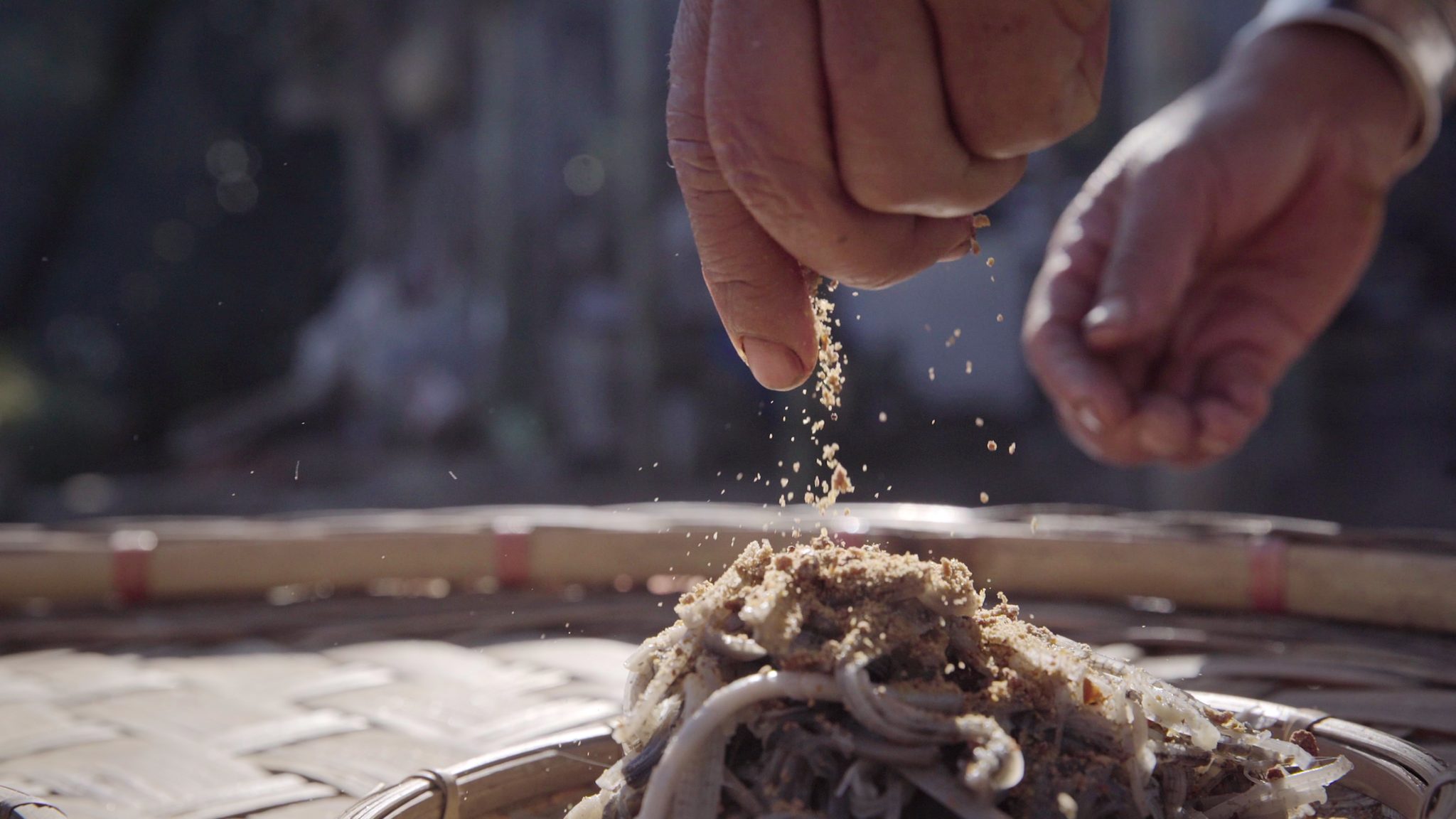 To replace his grandfather as head of a cartel, a Tokyo financier returns to his home country of Mexico, where he must battle two rivals for control.

In Season 3, Big Mouth focuses on what’s like to be going through puberty now. The show continues exploring human sexuality and everything around it.

Raising Dion follows the story of a woman named Nicole who raises her son Dion after the death of her husband, Mark.

The normal dramas of raising a son as a single mom are amplified when Dion starts to manifest several mysterious, superhero-like abilities.

A tennis prodigy battles the odds to excel on the court while balancing schoolwork and inspiring fellow players on his team.

Judges Cardi B, Chance the Rapper and T.I. search for the next breakout hip-hop star in this music competition series. 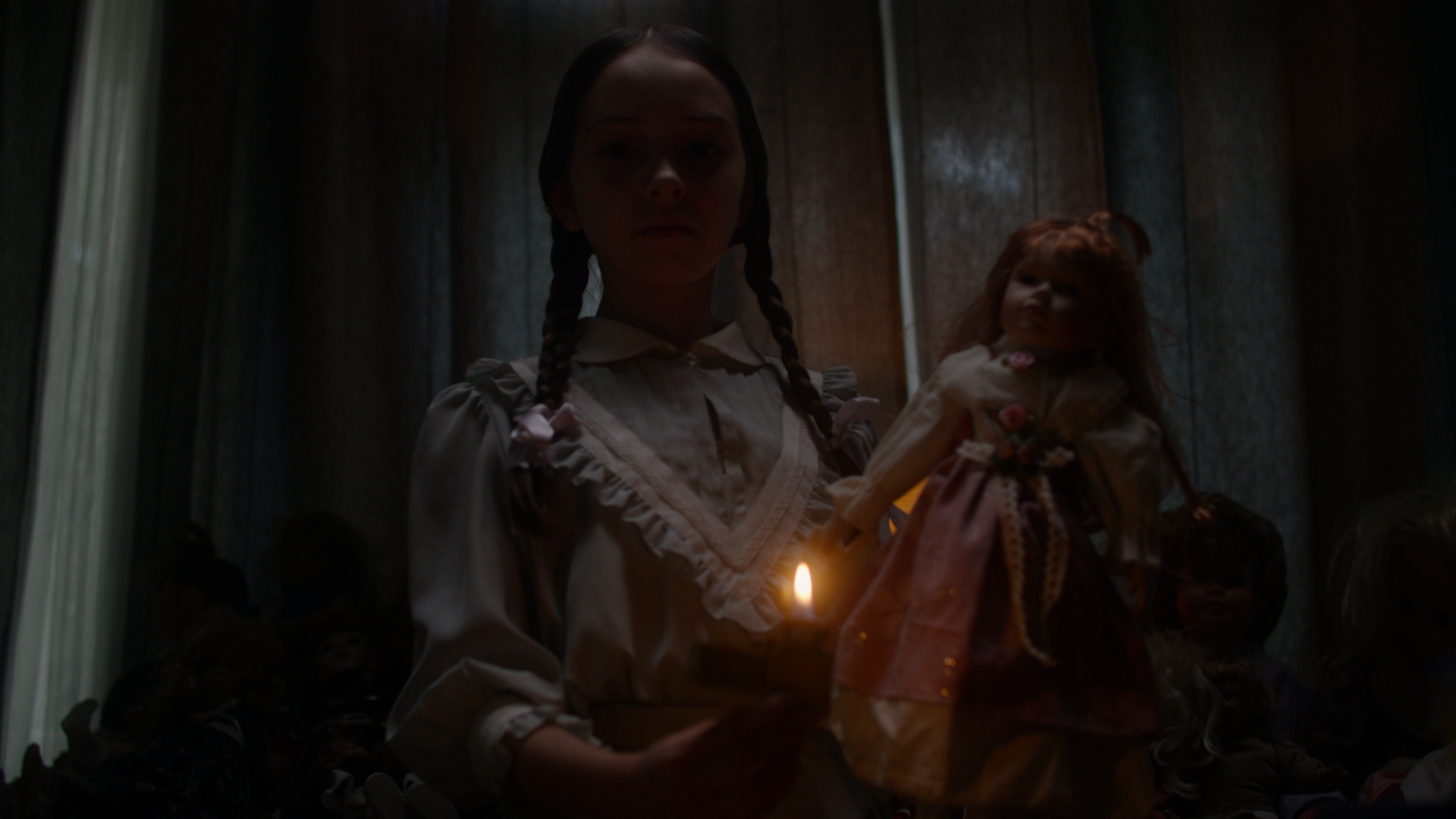 Amidst more pageant competitions, Patty and Bob each grapple with their own guilt and personal issues as the victims keep piling up around them. 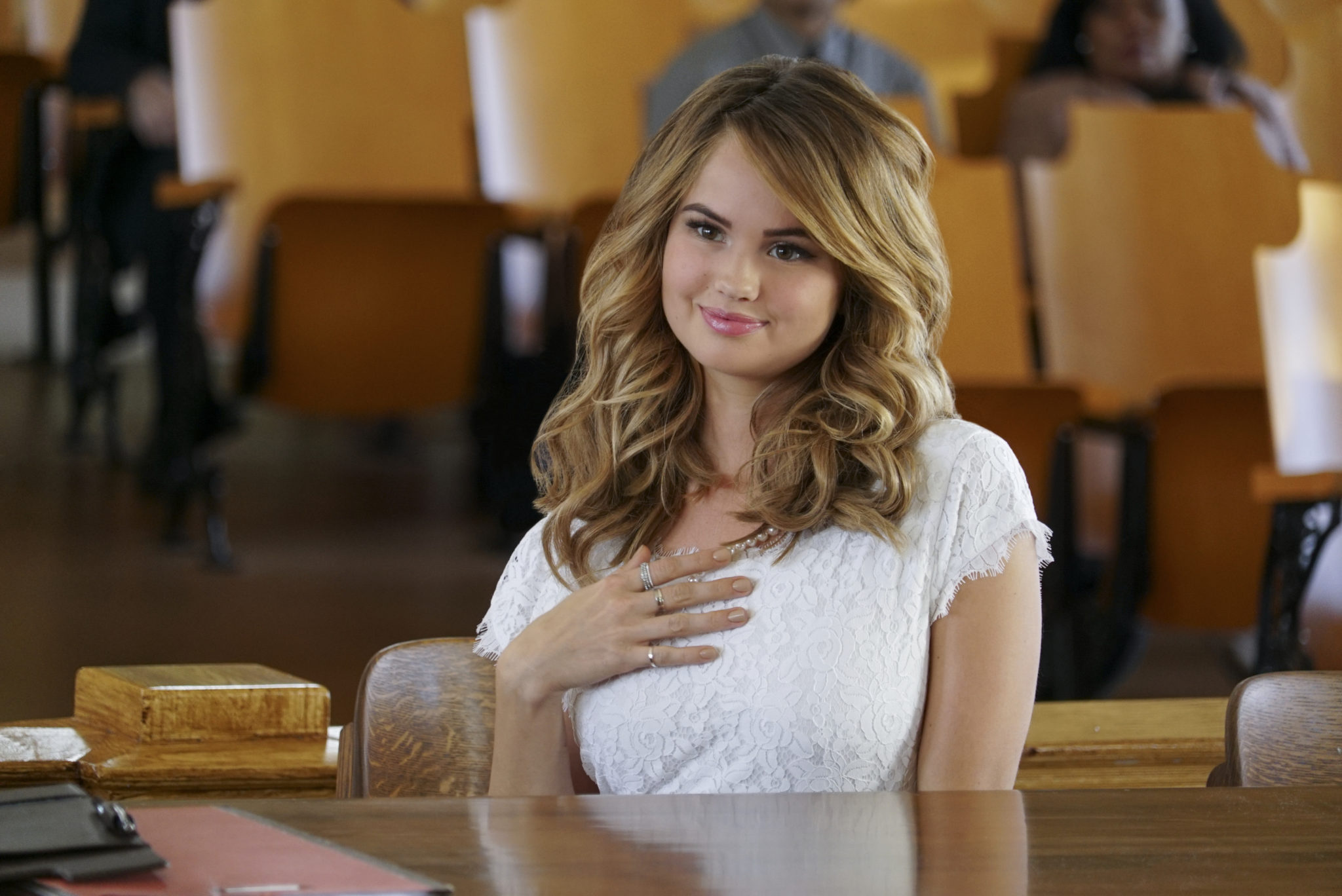 Four months after bidding farewell to her BFFs, Elsa stages her return to Paris. But guilty secrets take a toll on her love life and her friendships.

Written and directed by Breaking Bad creator Vince Gilligan, the film follows fugitive Jesse Pinkman (Aaron Paul) as he runs from his captors, the law and his past.

This series explores the criminal investigations of Argentine boxing champion Carlos Monzón, who in 1989 was found guilty of the violent murder of his wife Alicia Muñiz.

Reclusive, socially awkward jingle composer Toon must navigate the nightmarish world of show biz after a viral video skyrockets him to fame.

Steve's journeys in search of such delicious game meat as venison and mutton take him as far afield as Mexico and Alaska.

After a fateful domestic clash, a devoted mother finds herself in prison and fighting to survive in hopes of reuniting with her daughter.

Chiara and Ludovica find their lives spinning out of control as they navigate relationships, high school dramas and new corners of Rome's underworld.

The de la Mora family grieves a loss while trying to recover sold businesses, plotting revenge and entangling themselves in romantic disasters.

Miles (Paul Rudd) is a man struggling in life. When he undergoes a novel spa treatment that promises to make him a better person, he finds he’s been replaced by a new and improved version of himself.

An honest lawyer (Naruna Costa) reaches a moral crossroads after learning her brother (Seu Jorge) is the leader of a rising criminal faction in Brazil. 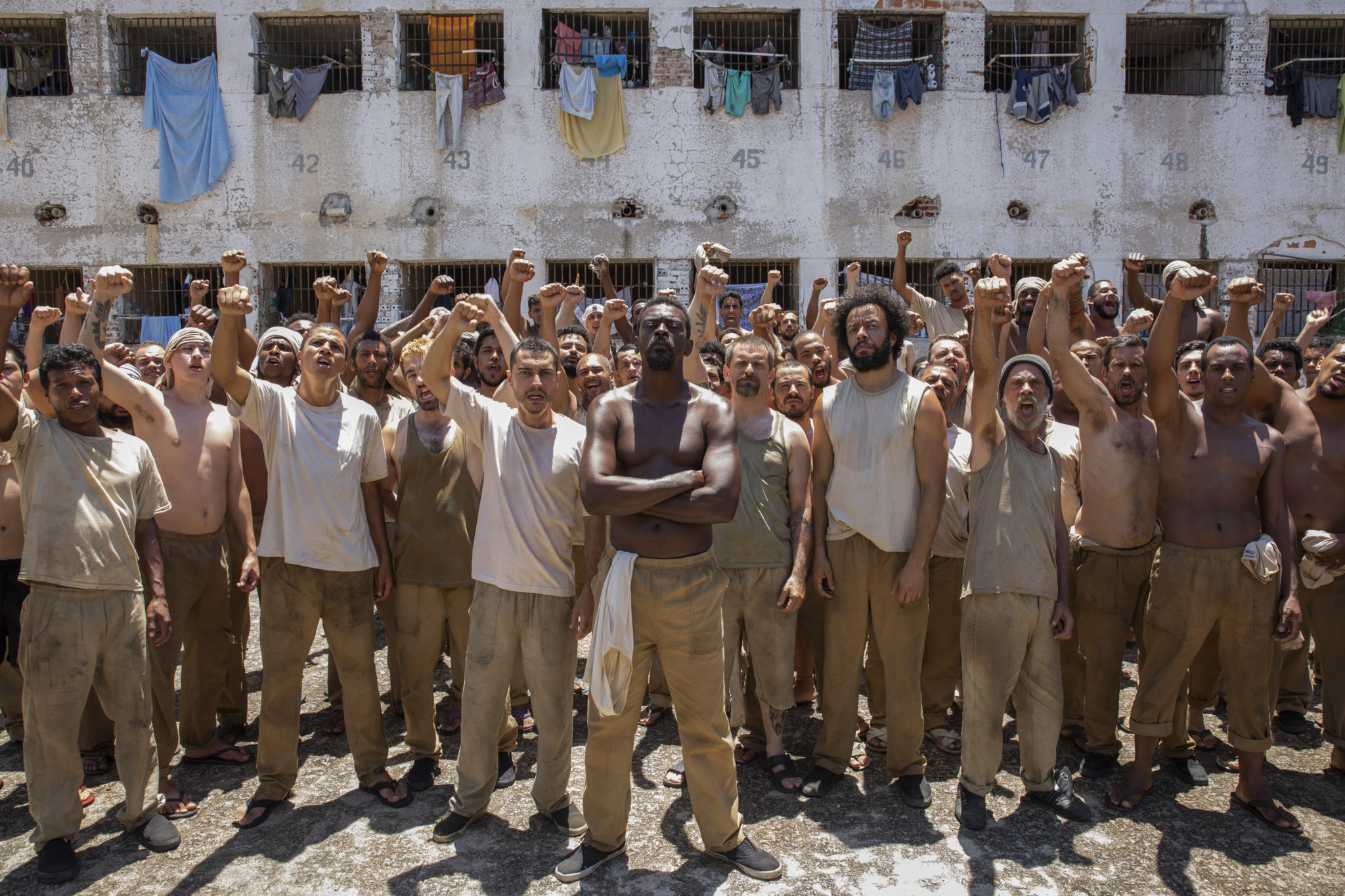 “Nailed it!” hits France with a splat as home bakers talented in catastrophe compete to make almost-edible wonders. French pastry may never be the same.

Navigating a post-apocalyptic world full of zombies and Mad Max-style gangs, a teenage outcast searches for his lost love in this humorous drama series. 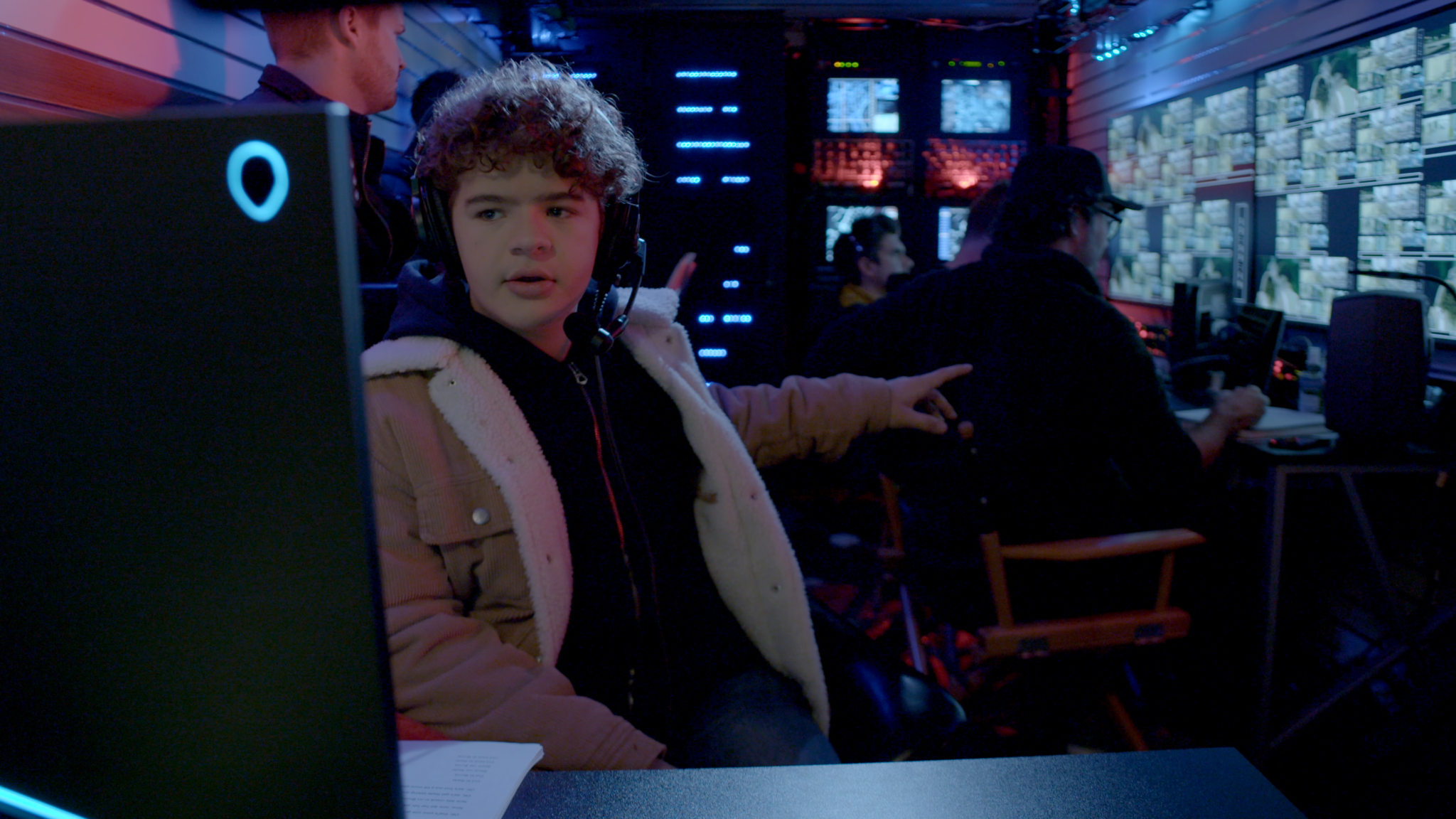 This series explores the history of drug traffic in Spain and focuses on the first law enforcement organization created to fight it in the mid 1970s. 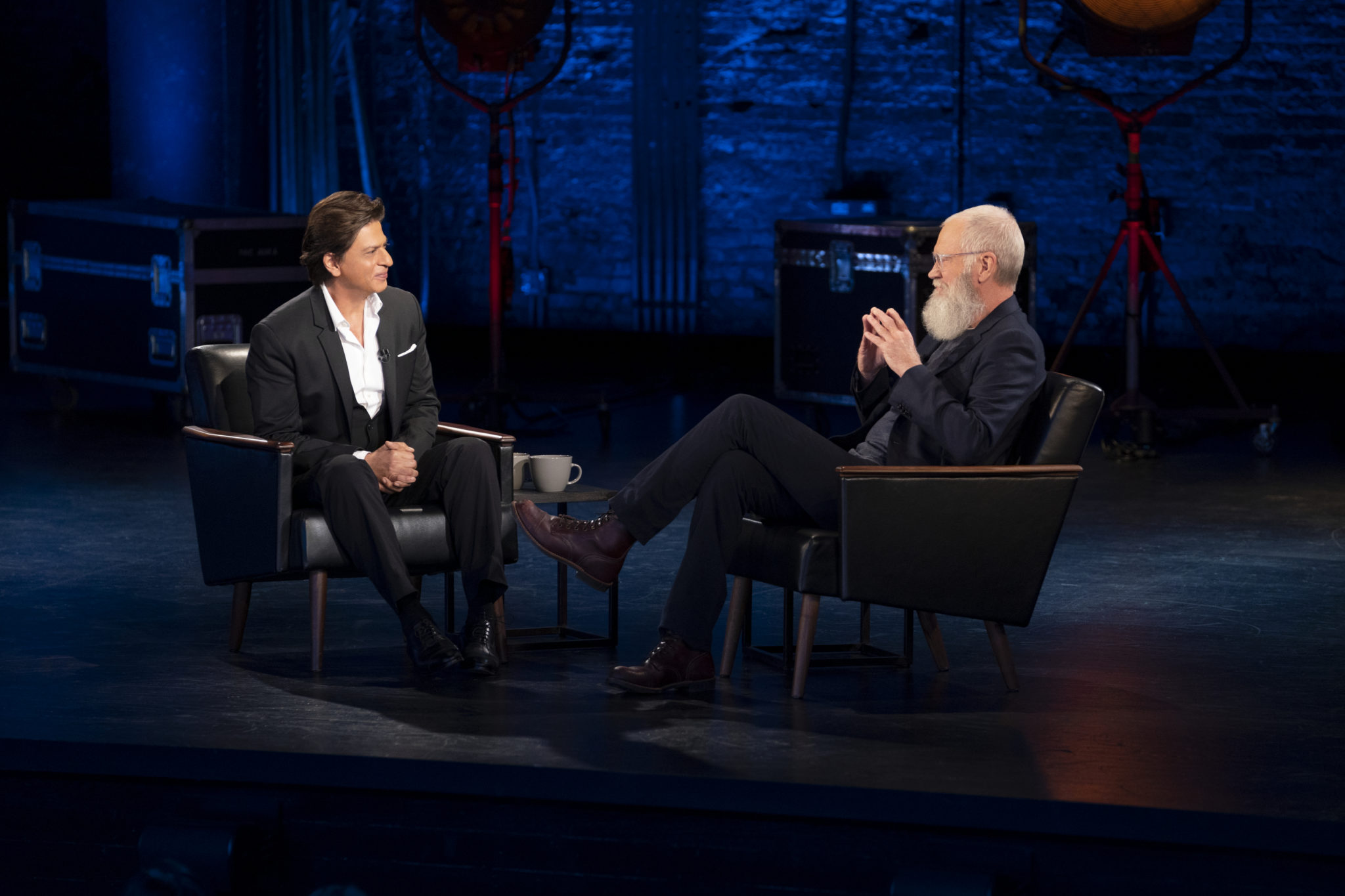 Michael Douglas (Kominsky) and Alan Arkin (Newlander) continue their journey as two friends tackling life’s inevitable curveballs as they navigate their later years in Los Angeles, a city that, above all else, values youth.

Season 2 of the drama that explores New York City's ball culture in the 1980s, with its downtown social and literary scene and the rise of the yuppie milieu.

Two nefarious schemes taking place 10 years apart entangle a dauntless triad member who must break out of prison to rescue a loved one.

Dark teen series Riverdale returns for its fourth season, now with its teenagers getting ready for senior year. 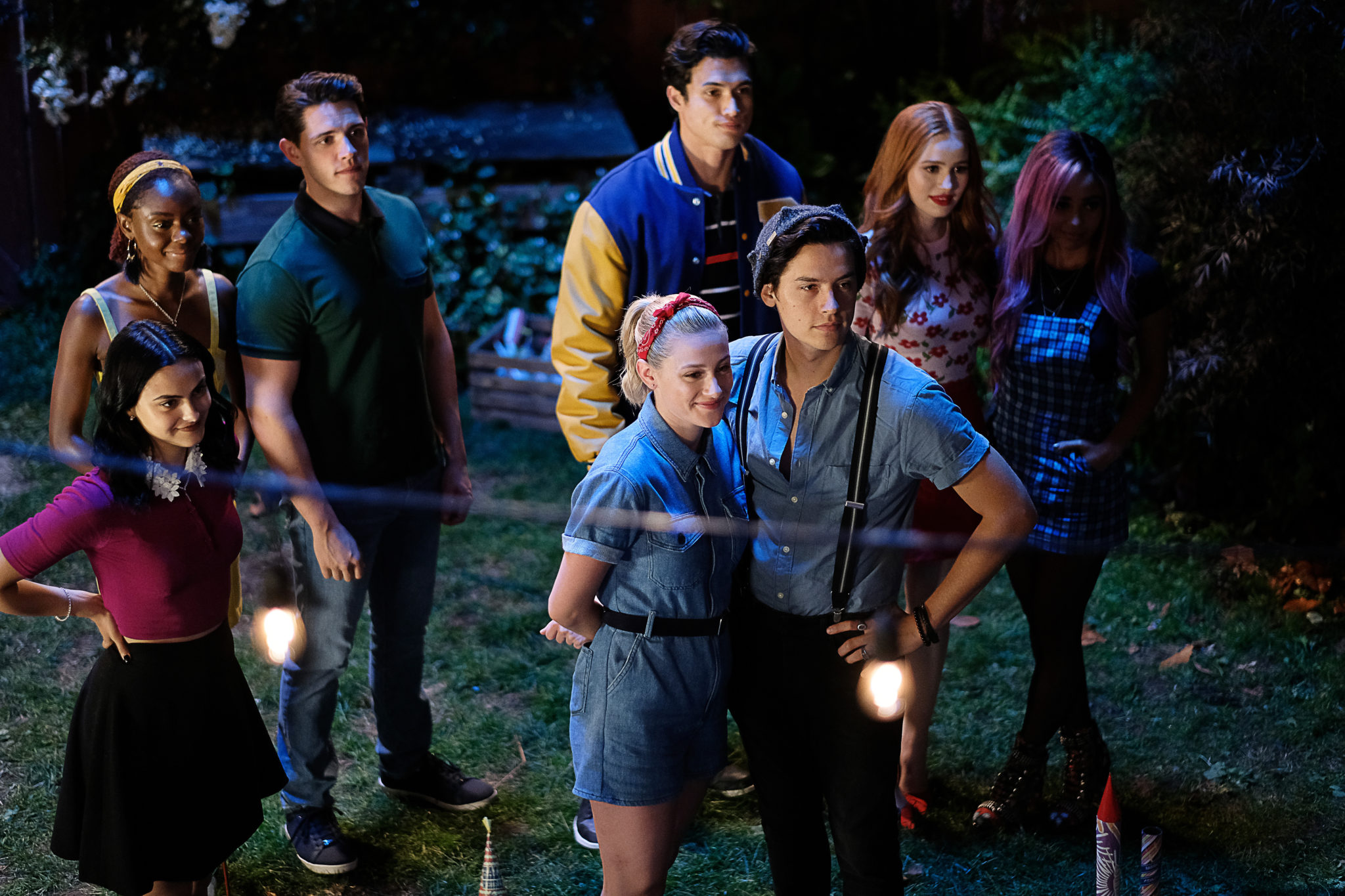 The comedy about life, death and the afterlife returns for its fourth and final season.

After hearing a young boy’s cry for help, a sister and brother venture into a vast field of tall grass in Kansas but soon discover there may be no way out…and that something evil lurks within.

After the man she thought she'd marry breaks up with her, Ana joins a class for single women who are in search of a husband.

Pressured to marry a nice Orthodox Jewish woman, Motti is thrown for a loop when he falls for classmate Laura, who his mother will never approve of.

Back in her childhood home to care for her comatose mother, Alicia is forced to face a past she thought she'd buried and a body that refuses to die.

After his wife and injured daughter disappear from an ER, a man conducts a panicked search and becomes convinced the hospital is hiding something. 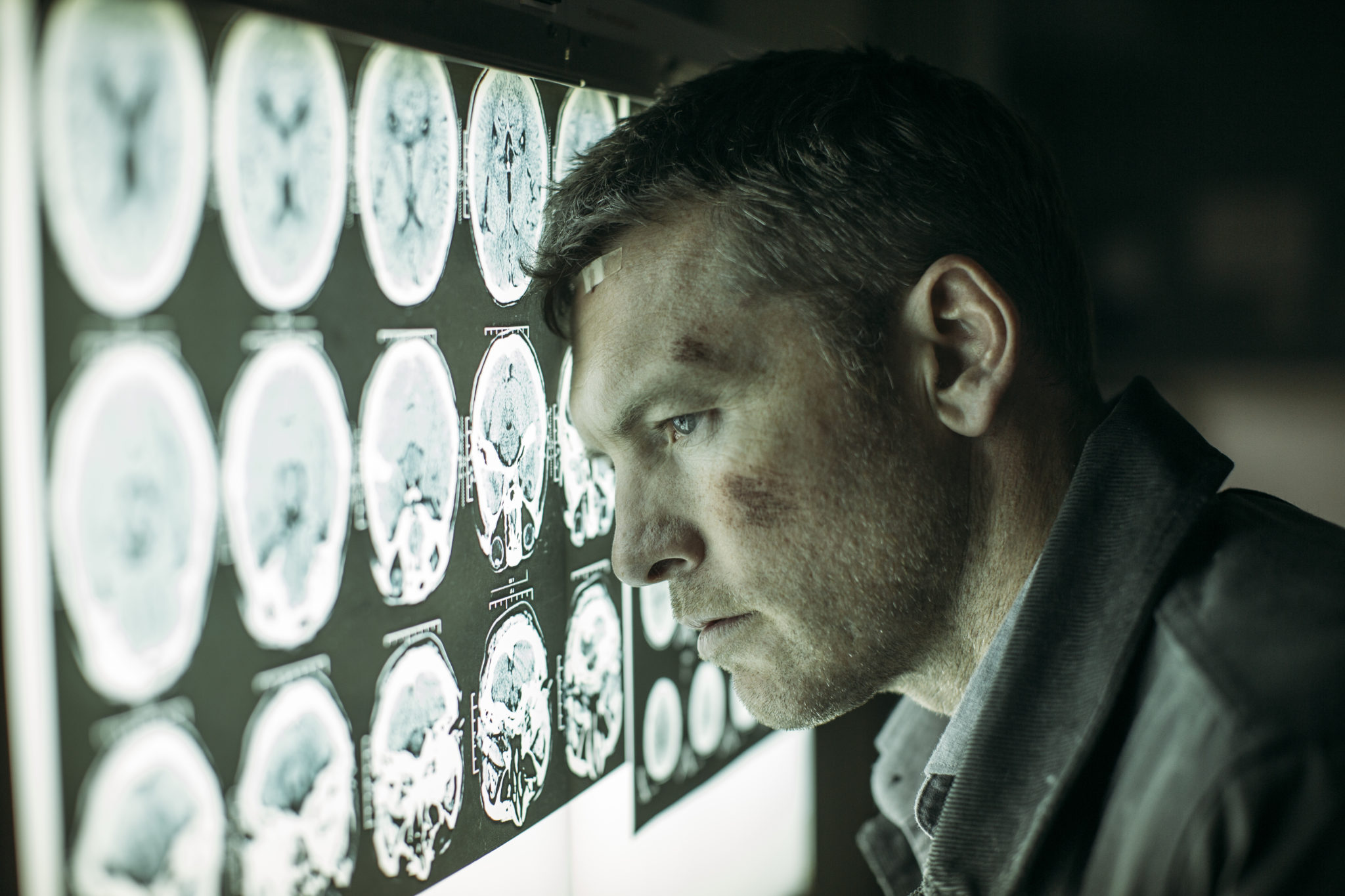 Auteur Sion Sono helms the fictionalized retelling of how one charismatic leader led his followers down a bizarre, gruesome, deadly and depraved path.

Noumouké, 15, must decide which of his brothers' footsteps he'll follow: law student Soulaymaan or mobster Demba. Directed by Kery James and Leïla Sy.

Eli is the story of a young boy plagued with an unknown, debilitating illness that requires him to live completely sealed off from the outside world.

To find his therapy dog, a 17-year-old escapes from juvie and embarks on a journey of reconnection with his brother and grandmother through Cantabria.

Upstarts, is a bromance about three college graduates from small-town India, captivated by the startup mania sweeping the country.

When a New Orleans bartender picks up a cell phone dropped in a brawl, he begins to receive ominous messages -- and finds his sanity slowly unravelling. 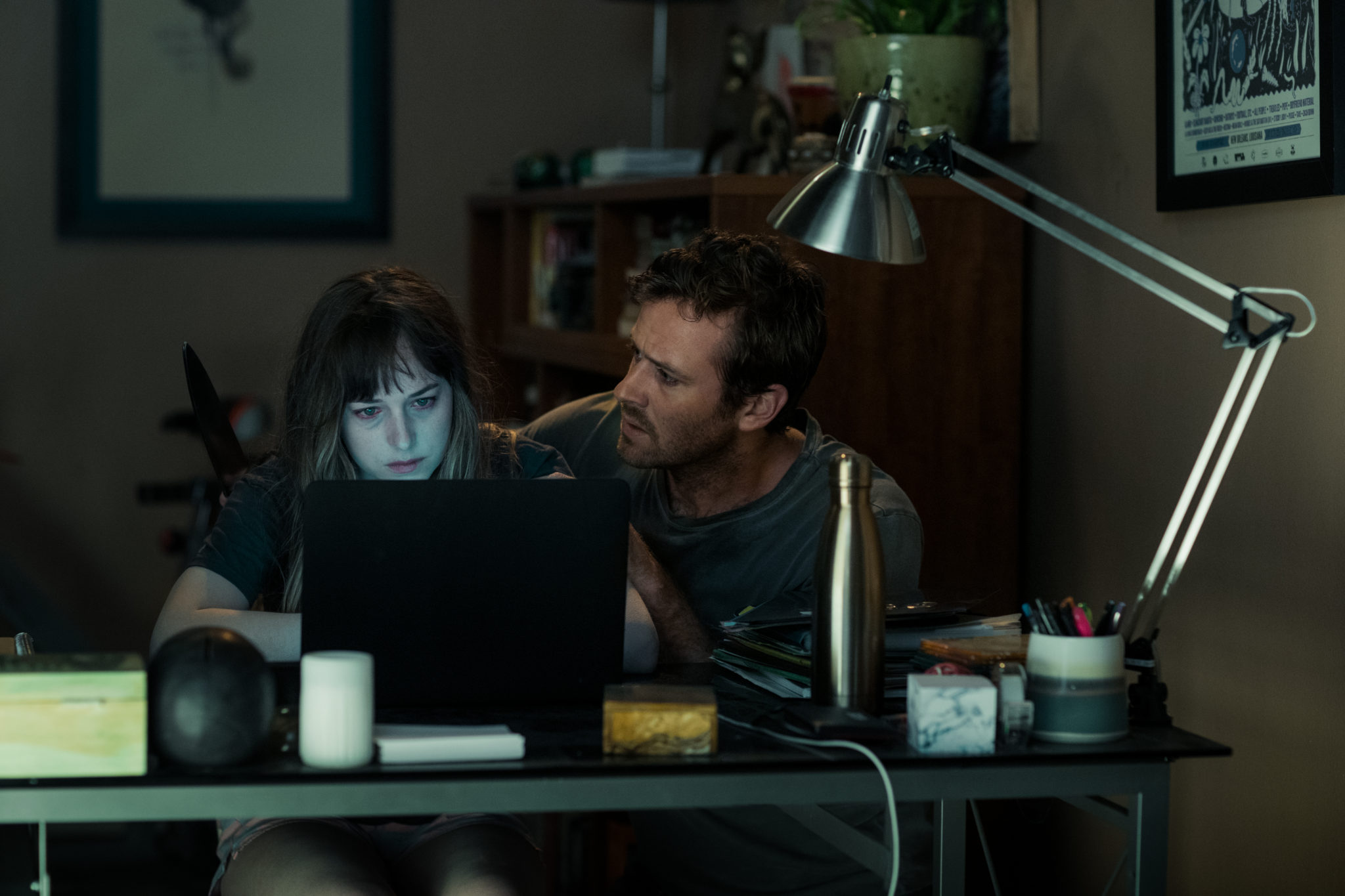 He became a 1970's Blaxploitation phenomenon.

When a single mother accepts the help of a mysterious woman after her daughter is bitten by a rattlesnake, she finds herself making an unthinkable deal with the devil to repay the stranger.

Following her popular set on Season 1 of Netflix's The Standups, Nikki Glaser is back with her first hour long Netflix original comedy special, Bangin'.

Korea’s beloved comedian and favorite big sister figure talks sex, relationships and celebrity life. And she’s sassier and dirtier than ever before.

They have volunteered to tell their stories at great personal risk, revealing the high cost many must pay to try and live the American dream.

Explore the secrets behind sugar and chocolate, the true cost of avocados and bottled water, and the changing world of wine and marijuana edibles.

A group of suburban Muslim friends trace the disappearance of their friend “Mark,” who is suspected of joining ISIS

After losing his memory at age 18, Alex Lewis relies on his twin brother Marcus to teach him who he is.

But the idyllic childhood Alex paints is hiding a traumatic family secret that the twins must finally face together decades later.

Pioneers in gene-editing techniques and artificial intelligence confront ethical and technological challenges unlike any humanity has faced before.

Each episode of Breakfast, Lunch & Dinner will feature David Chang accompanied by a different celebrity guest exploring a single city, its culture and its cuisine.

Some of the world's most majestic birds display delightfully captivating mating rituals, from flashy dancing to flaunting their colourful feathers.

This documentary captures the joy and heartbreak of families separated by the U.S.-Mexico border sharing a short but bittersweet reunion in 2018. 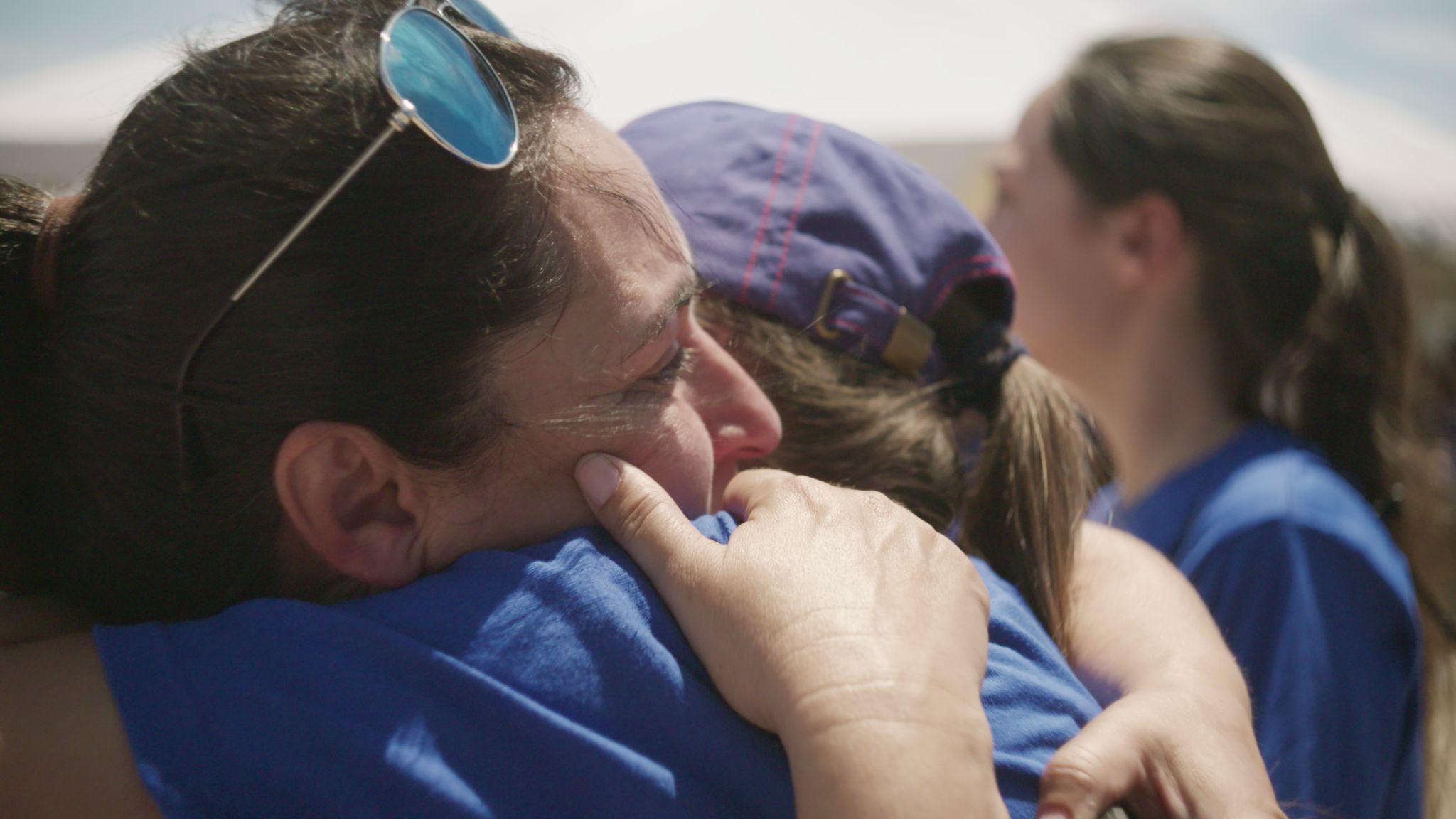 Banned from competing professionally, sumo wrestling champion Hiyori confronts obstacles inside and outside the ring in an attempt to change the rules of Japan's national sport -- and fight gender inequality.

The stakes are higher than ever for Carmen, Ivy and Zack as V.I.L.E. unleashes a host of dastardly new villains while A.C.M.E. closes in.

The fun-loving Super Monsters learn new lessons -- and make new friends -- while exploring the world around them in Pitchfork Pines.

The Super Monsters share their Halloween traditions with Vida, then get invited to a Día de los Muertos party in the Howlers' backyard.

When mythical creatures come to life, it's up to Leo, Teodora, Don Andrés and Alebrije -- super-secret monster hunters -- to save the day.

When Halloween is declared illegal, best friends Harold and George search for a clever way to fight back against the outrageous new law.

In a series of magical missions, quick-witted YooHoo and his can-do crew travel the globe to help animals in need.

From decorating his home to devouring sweets, join Bheem as he makes merry -- and a bit of mischief -- while the festival of lights is in full swing.

The fun continues for Lucky and her friends with more adventure than ever before. Wherever they go, it's quite a ride -- and you get to come along!

The teen drama set in an elite boarding school in Southern California returns for Season 3, with the two rival student houses joining forces to uncover an evil plot.

Set in Mexico in the 1970’s era, Seis Manos centers on three orphaned martial arts warriors who join forces with a DEA agent and a Mexican Federal to battle for justice after their beloved mentor is murdered on the streets of their tiny border town.

Decades after the sudden birth of a new continent, a young rescuer-for-hire provides aid to adventurers exploring this dangerous, uncharted world.

The Annihilation Tournament rages on: corporate leaders jockey for the Kengan chairmanship while their gladiators beat each other bloody in the ring.