Get ready for Storm Jorge this weekend.

Ireland is getting ready for another weekend of rain and very heavy wind, with Storm Jorge set to hit.

Met Eireann has issued wind warnings for the whole of the country ahead of this weekend.

According to the Irish Meteorological Service, "A band of very strong winds, associated with storm Jorge will extend across the country during Saturday morning and persist through the rest of the day and into the night".

A Status Orange warning has been issued for seven coastal counties along the west of the country. 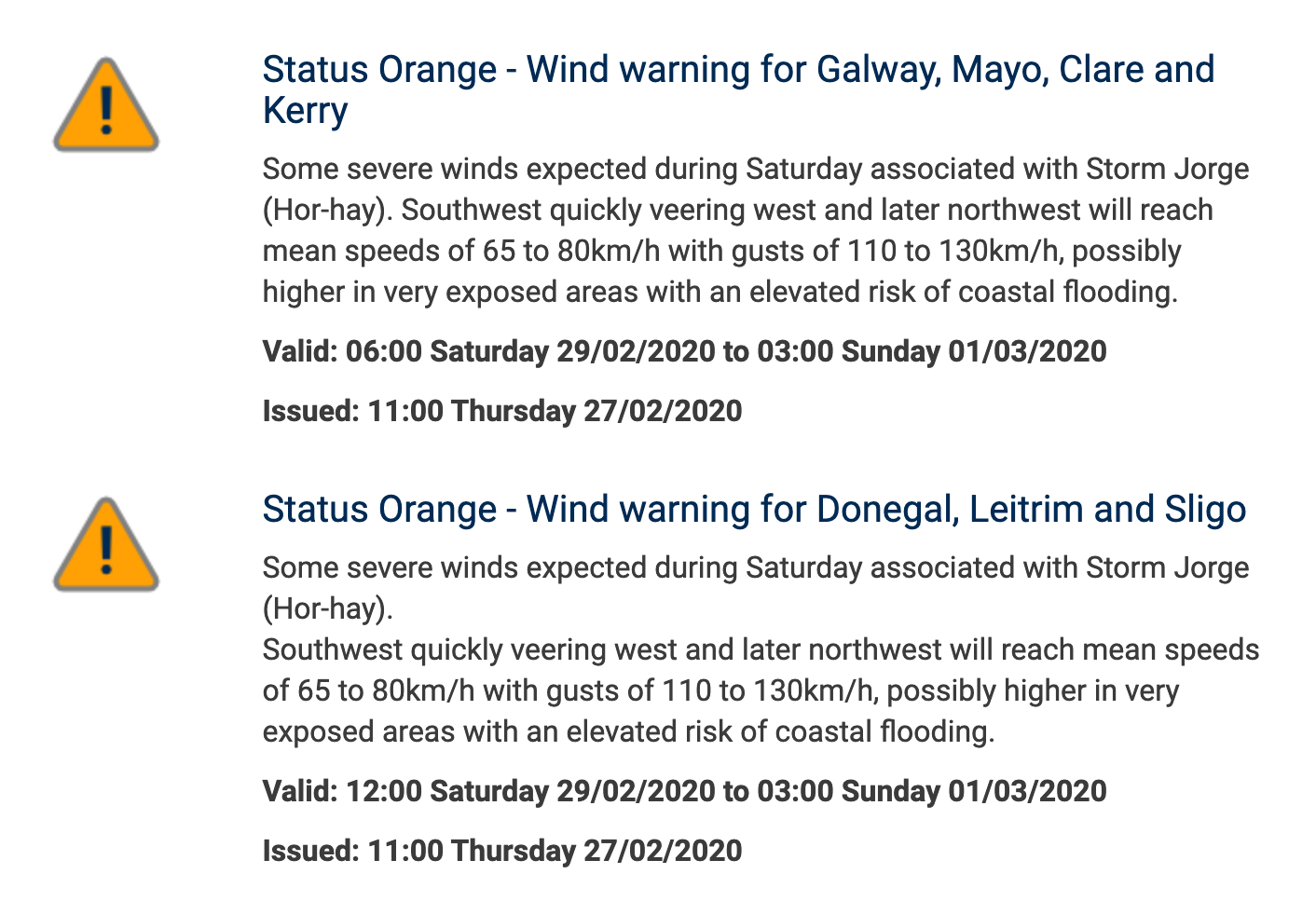 While the rest of Ireland has been issued with a Status Yellow wind warning, which is expected to come into effect from the early hours of Saturday morning. 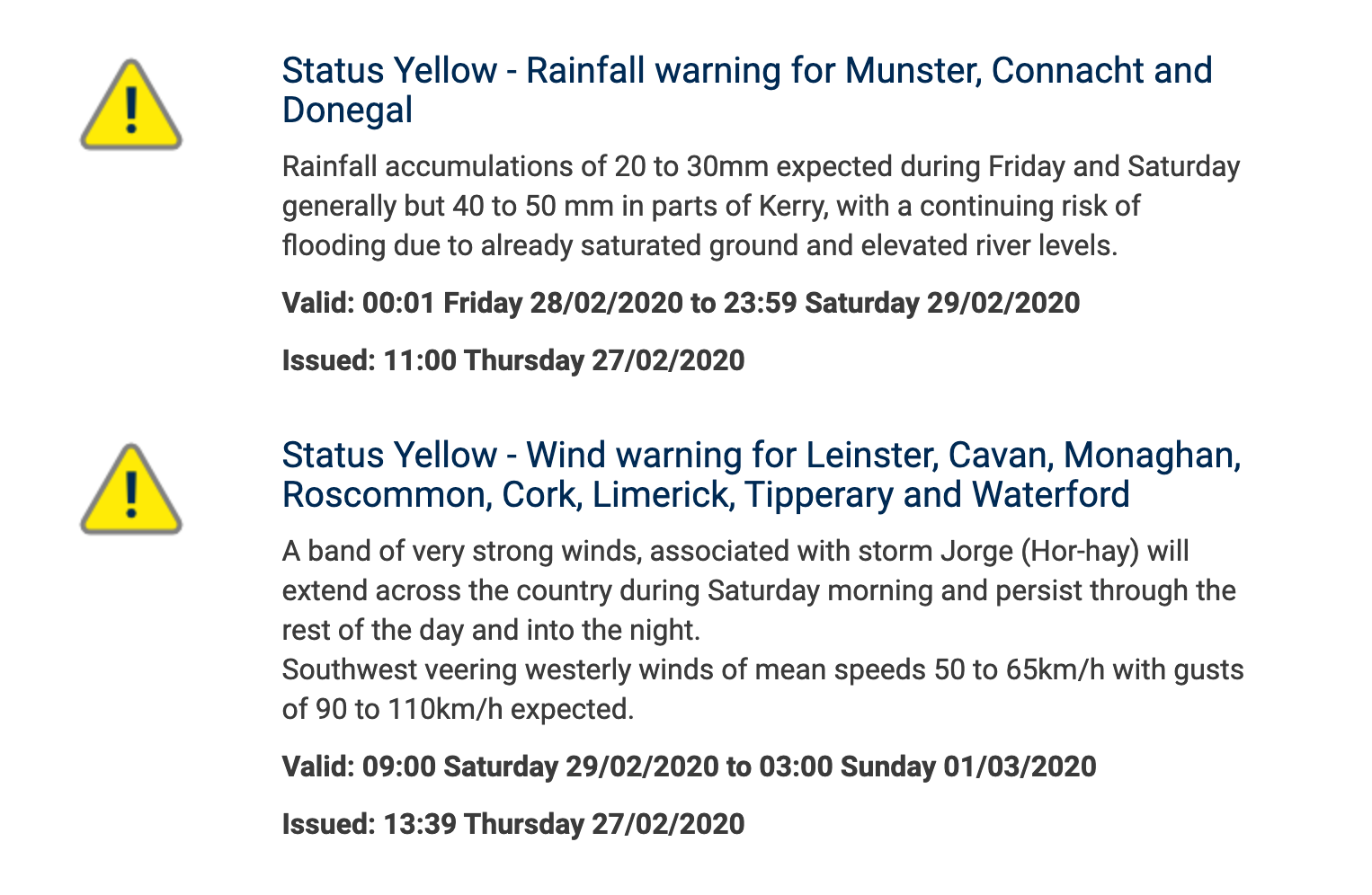 Friday will be a cloudy and wet day, with outbreaks of rain continuing for most of the day with highest temperatures of 10 or 11 degrees. Friday night will see rain turn heavy, before clearing eastwards. Making way for clearer and colder conditions.

Saturday will see Storm Jorge making an impact Ireland with strong winds and heavy rain expected. A cold day with widespread rain. Showers will be mainly confined to the west and south during the morning, but as the day goes on it will become widespread.

Sunday will see bright spells with further wintry showers. Persistent rain will affect south Leinster. It will be another cold day, with highest afternoon temperatures of 4 to 7 degrees.

10 Easy Things To Do In The Garden During Quarantine

There's An Official Friends Cookbook Coming Out In September

Here Are Ryanair's Flying Guidelines Ahead Of Their July Flight Schedule